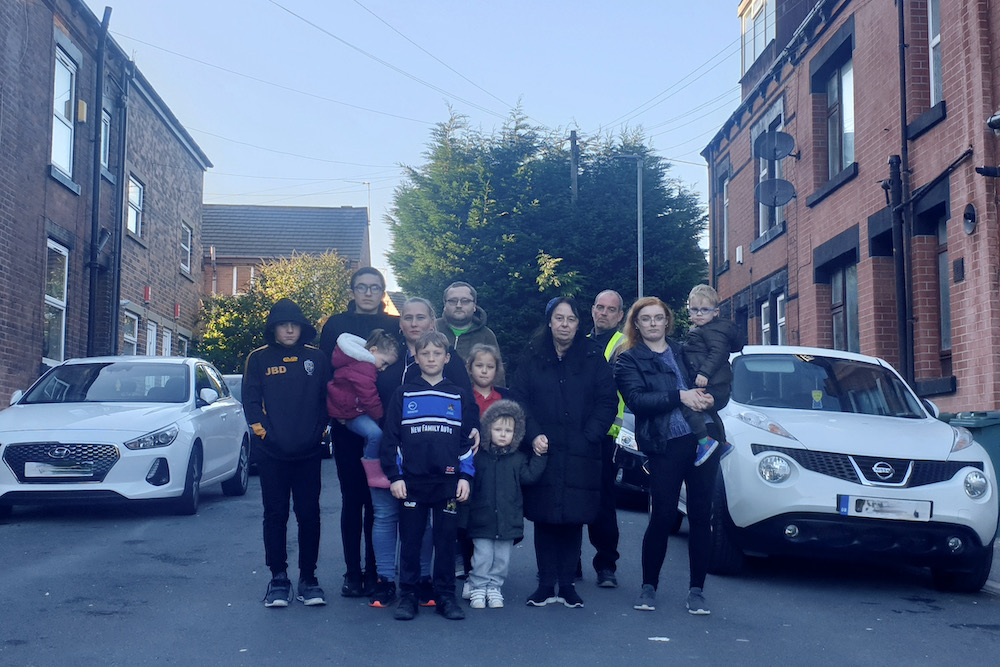 Residents of a Beeston neighbourhood are on tenterhooks, anxiously awaiting the outcome of a planning application relating to developments that they say have already ‘ruined’ their community – in a case that has considerable relevance to the wider public across south Leeds and beyond.

The developers, for their part, claim that the residents are running a ‘hate campaign’ against them.

The dispute centres around two houses on Mafeking Grove and Mafeking Avenue, just off Dewsbury Road. These were converted to short-stay serviced accommodation earlier this year by a company called Aphrodite Suites, and listed on websites including Airbnb from March.

Aphrodite Suites rent out a number of these luxury ‘holiday lets’ across West Yorkshire, featuring jacuzzis, smart TVs, high-end fittings and furniture, and more; they fetch up to £230 per night. Their listings are awash with glowing reviews – although there’s also a significant thread of negatives.

On the Mafekings, residents allege that their previously quiet and neighbourly cul-de-sacs have – to quote one resident – been “ruined’ by the anti-social behaviour of many of the Aphrodite Suite guests. They insist that the two houses – two bedroom back-to-backs that open straight onto the street – have played host week after week to (often noisy) sex work and ‘hook-ups’, prolific drug and alcohol use, and loud late-night parties (with up to 25 attendees) that often spill into the street.

Following the involvement of the police and Council officers, it emerged that the properties didn’t have the relevant planning permission – and the owners submitted a retrospective application in late July, whilst (legally) continuing to trade.

Further police involvement saw the properties served with a ‘partial closure’ notice via a court order in August, forbidding them from having more than four guests at once. Residents suggest that this has marginally improved the situation, but isn’t being policed by the owners, and has been breached several times – including twice in October.

Residents and their supporters have since lodged dozens of objections via the Council’s planning portal – ahead of the case soon going to Plans Panel. Those objections speak of stress, anxiety, sleep deprivation, children bed-wetting, loss of privacy and parking, environmental issues such as urination in the street, and noise and light pollution.

Residents say it’s been “devastating”, “a misery” and “a nightmare”. They say they have documented evidence of everything, including photos and video footage – some of which we have seen. Several also added that the owners have been dismissive, intimidating, and even threatening when challenged.

In a joint statement, local mums Rachel and Emma told us:

“We’ve all had enough. A safe and friendly family street has become a street where we don’t let our children play out: you never know who’s going to be on the street, and there’s so much inappropriate behaviour.

“We’re drained, some of us are now trying to move away, and it feels like we’re losing: we’re doing everything by the book, but the owners and clients have faced no repercussions.

“The planning system’s out-dated, and takes little consideration to what residents have to endure, living next to a holiday house, despite there being no planning permission. Nobody should have to live like this” they said.

“My colleagues (Cllrs Angela Gabriel and Gohar Almass) and I are working alongside residents, the Leeds anti-social behaviour team, and the police to address concerns residents have raised with us. In addition we are objecting to the back-dated planning applications that have been made, and encouraging those who we are working with to do the same.”

“These are super luxury properties, so we wouldn’t allow parties. I’m respectful of the neighbours, and would not allow or do any anti-social behaviour. We take the court order very seriously: we show it to all guests (who are vetted), we take their IDs, make them sign forms to ensure they respect house rules, and make several visits to the site.

“The neighbours claim there are sometimes up to 20 people, and lots of cars – but we have CCTV footage to prove that this is a fabrication; whoever wants to see the footage is free to do so. Despite all this, the neighbours have a hate campaign against us.”

Locally and globally, the homestay ‘gig economy’ – characterised by brands like Airbnb – is booming. Airbnb is worth £30bn and operates in over 200 countries, with 150 million users, and 4 million hosts – earning about £5,000 per year on average.

The company and others like it have been lauded for democratising the hospitality industry, but also face growing criticism for their unregulated approach.

Concerns focus around long-term residents being priced out and displaced in some places – and also allegations like these, that some properties cause anti-social behaviour.

Leeds has seen several legal battles, including a long-running one on the Calls between 2016-2019 – which was ultimately resolved in the favour of the local residents. Some local authorities are now regulating properties advertised on Airbnb and similar websites.

Many homestay lets take place – as the word suggests – in the host’s own home (for instance, someone renting out their spare room), and these do not typically require planning permission; however, in cases where the host isn’t resident, they normally do. As well as reporting to the police and Council, local residents can also report concerns direct to the companies through whom properties are rented – for instance, at: airbnb.co.uk /neighbours.