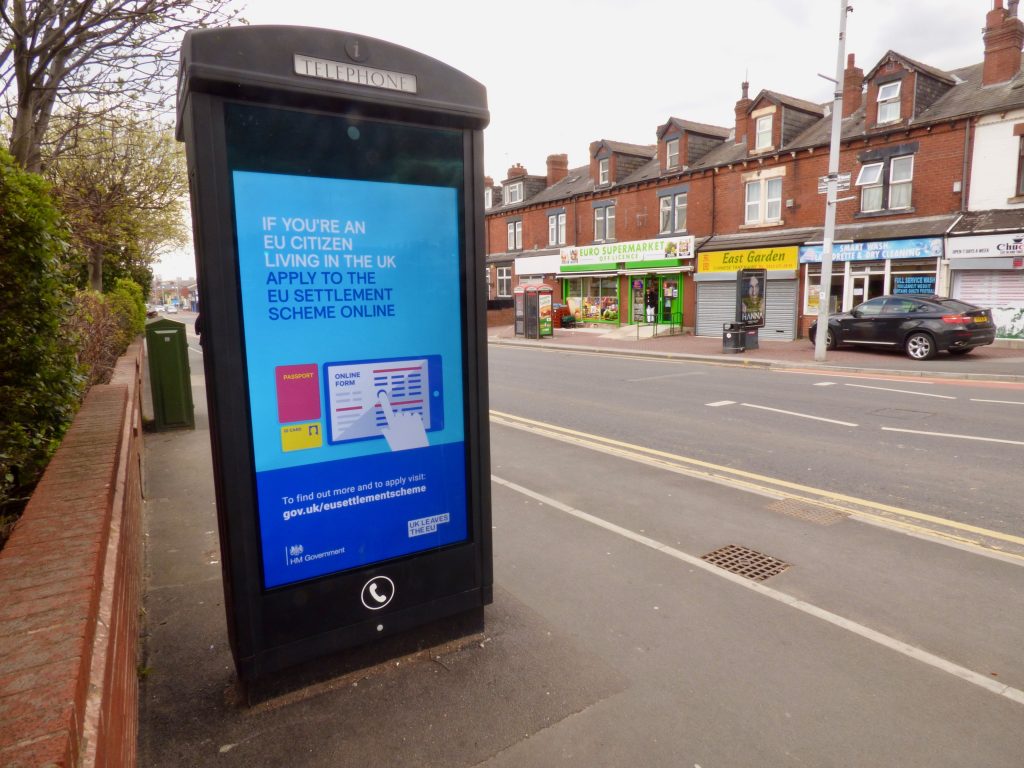 The twists and turns of Brexit have been well-documented, but for now life continues as normal for local EU nationals from countries including Poland, Portugal, Romania, Greece, Latvia and Lithuania who call South Leeds home. The sight of European shops, restaurants, butchers and salons contributing to the daily hum of activity on Beeston’s Dewsbury Road testifies to the diversity of the area and the notable presence of Europeans living here.

Yet EU residents intending to stay in the UK in the long term have to act to keep it that way. The government’s EU Settlement Scheme, which opened fully on Saturday 30 March, requires EU citizens to apply before 30 December 2020 to guarantee their right to continue living and working in the UK as they do now after 30 June 2021. Applicants will need to prove their identity and answer questions about their residence online before obtaining ‘pre-settled’ or ‘settled’ status, depending on whether they have lived continuously in the UK for five years.

However, despite the government’s promotion of the Scheme, unawareness and uncertainty are the challenges to be overcome before EU nationals can secure their post-Brexit future.

Paulina Grobniwska, 25, moved from Poland more than two years ago because “good money and jobs” were available in Leeds. She intends to stay in Leeds, where she has always felt welcome, but only for five to six years before returning to Poland. However, she had not heard about the EU Settlement Scheme and does not know how to apply, which she would have to do to stay for her desired length of time. 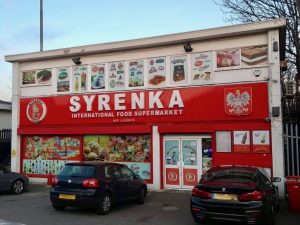 Another local Pole named Paulina is the manager of a large local Polish supermarket, Syrenka, and has lived in Leeds for eight years. She has not applied for the EU Settlement Scheme and has seen little information apart from one advertisement on the internet and admits that her Polish staff – many of whom speak little English – need to apply but do not know about it at present.
For those who are aware of the Scheme, the uncertainty surrounding the UK’s future relationship with the EU has prevented them from committing to a course of action.

Antanas, who hails from Lithuania’s capital, Vilnius, is one such example. He manages a shop on Dewsbury Road and has lived in Leeds since 2011. “It’s a nice community and I’ve never had problems,” he says, with the 2016 referendum not making a difference. Nevertheless, Brexit’s unpredictability is posing personal and commercial problems. 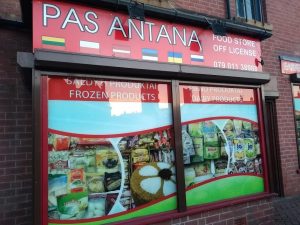 “I don’t know how it’s going to be with taxes and importing all the stuff that’s coming from Europe, so I’m a little bit worried about that. I hope we don’t get a hard Brexit or something like that,” he says.

“I know we’ve still got a couple of years so I don’t need to make a decision now, I still have time. There’s no point because we do not know what’s going to happen in the next couple of months. There’s no point doing it now and wasting time for the moment,” adding that his staff and friends will “probably” stay in the long run despite the lack of certainty.

One member of staff at an Eastern European off licence remarks that “no one knows about it [the scheme]”, with many EU citizens unaware of its importance for their future in the UK, and reckons that 80% of the local Romanians he serves speak little or no English. Given that public advertising on the streets and online is entirely in English, this poses a challenge to conveying the government’s message to local EU residents.

Leeds City Council has committed to providing digital assistance and an ID-checking service at five community hubs and to offering training to staff, with Dewsbury Road Community Hub being the location for residents in LS10 and LS11.

In a briefing document, the Council also states that community hubs with this “enhanced service” are equipped with self-serve desks that have a direct link to the government website where people can apply for the scheme.

“Leeds’ values of being a welcoming and compassionate city goes to the heart of everything we do. For those EU citizens who’ve made this their home, not just recently, but for decades, we want you to know your Council is here to support you as you apply for Settled Status. The collective and individual contributions of our city’s EU citizens is part of what makes this city great.”

Leeds is home to tens of thousands of foreign-born residents, with a report by the Office for National Statistics estimating that approximately 50,000 EU citizens were living in the city in 2018. Poland and Romania were the most common EU nationalities living in Yorkshire and the Humber, in line with statistics for the UK as a whole.

You can find out more about the EU Settlement Scheme here: gov.uk/eusettlementscheme