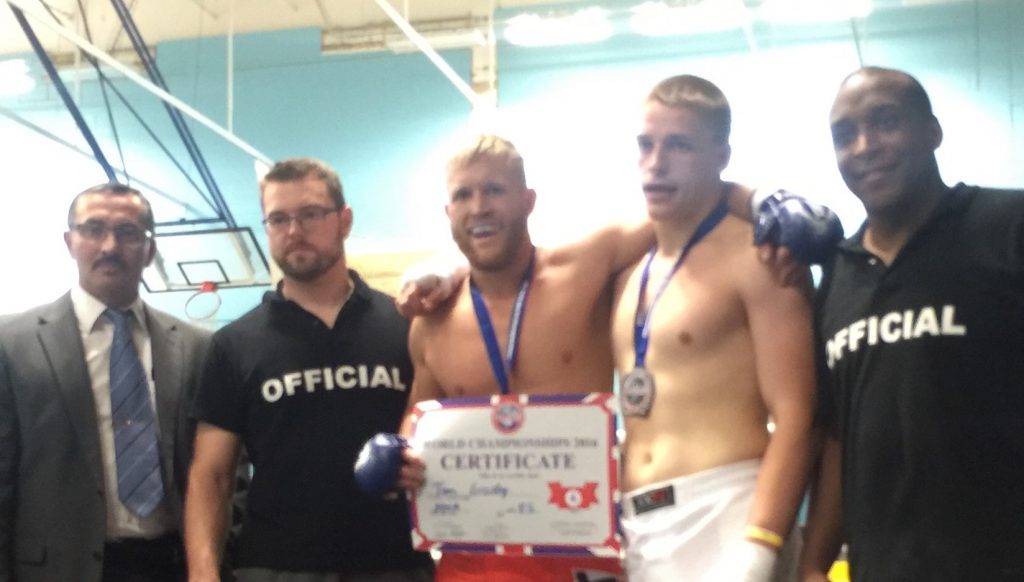 Local man Tom ‘The Viking’ Crosby was in action at this month’s WFMC (World Fightsport and Martial Arts Council) World Championships in Manchester, and picked up two more world titles to add to his collection.

As previously reported in South Leeds Life (here and here), 28-year-old Tom was born and bred in south Leeds, still lives in Middleton, works as a childminder when he’s not fighting, and just this month got married. He only took up Mixed Martial Arts (MMA) three years ago, but has already racked up multiple awards and competition victories around the UK and the world. MMA, commonly known as cage fighting, is a sport made up of multiple disciplines including kickboxing, jiu jitsu, ‘grappling’, ‘grapple and strike’, and more.

This month (14-16 October) saw him compete with the GB team at the WFMC championships in Manchester. And, even though he was competing in a heavier weight class (85kg) than normal, he won both competitions in which he was competing – Mixed Martial Arts and ‘grappling’ – so came home with double gold.

Next up is the European MMA championships in Prague at the end of November, with the UK team. And, closer to home, Tom’s competing in the ‘Almighty Fight Night’ event in Morley on Saturday 10th December.

“I had to step up in Manchester, because I was in a heavier weight class, so fighting slightly bigger guys; also, having two fights in one day was a challenge. But it was all good experience, a nice little warm-up for Prague. I’m buzzing to have retained my place in the UK squad for that. And I’m still aiming to go professional next year, so want to be competing at the highest level before that.”

Tom also paid thanks to his coach Danny Mitchell, and all his supporters – who recently organised a raffle that raised the £880 he needed for his flights and fees at the European championships. For full info on Tom and MMA, visit his Facebook page.