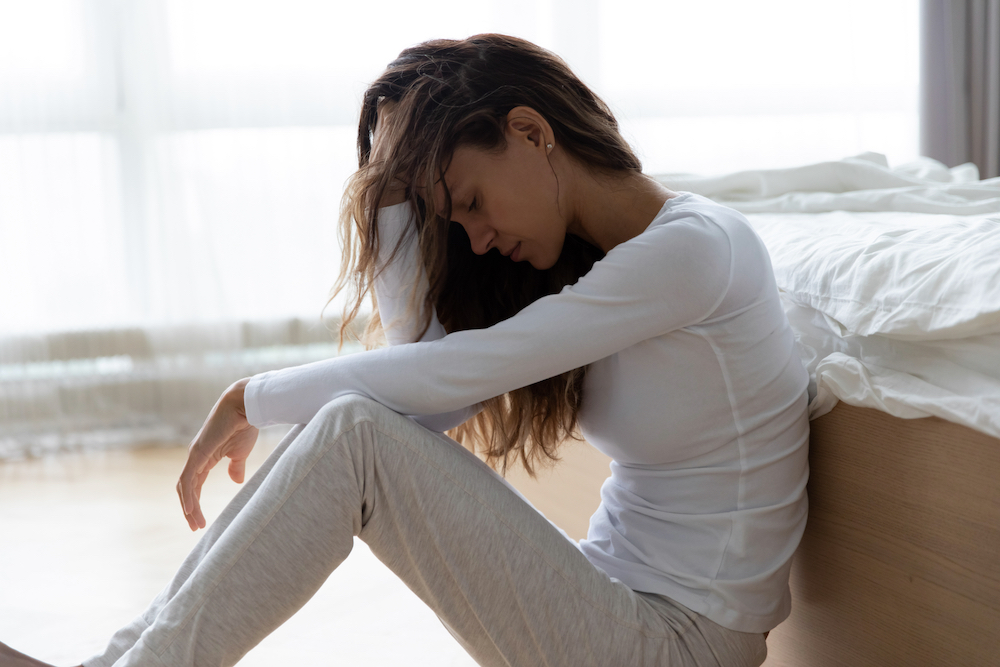 I remember when I first met M. I was fresh out of a failed marriage, feeling low and vulnerable. He made me feel like a Queen, it was all so exciting.

He had money, and I was treated to the best of everything. We agreed to take things slowly in mind of my last relationship, but what can I say? When it’s right, it’s right. We became inseperable in that first fortnight.

We rented a house within three months. He took care of everything, and he even took on all the finances single-handedly when he realised my job was stressful. I gave it up on his suggestion.

Within that first year, we had bought our own place. I say we, it’s all in his name. A lovely detached house in a quiet area. There’s nobody around, and because we were “Starting a-fresh” we had decided it should be in an area where neither of us have friends or family. It’s a bit awkward to get to, but I don’t drive so I guess it doesn’t affect me.

And like M says, if people want to come and see us, they’ll make the effort.

I’m a bit annoyed that my friends don’t visit more often, none of them drive, but M’s friends do and we tend to just hang out with this one couple he knows, so at least I have their company and it’s nice that it’s two couples together.

He works away a lot, and his job is really stressful. That’s why I strive to make the house as nice as possible, so that he knows how much I appreciate what he does for me.

Friends have commented that it looks like a show home and I must spend all my time cleaning it, but I like doing it for him.

There’s not much else to fill my time with anyway, since he convinced me to get rid of Facebook and WhatsApp.
He works in IT, so he’s very concerned about data sharing. It seemed best just to get rid of them, I don’t want to put us at risk. I’m not sure from what, but M knows everything about that kind of thing, and if he said it was dangerous, I believe he knows best.

I miss my friends, and my family, but of course Covid has put paid to visiting anyone. I think I could have a bubble, but M says it’s not worth putting us or anyone else at risk, he’s done loads of research into the virus and made it very clear how dangerous it is. He doesn’t even want me to go to the shops, so we order food to be delivered.

We did see his friends in the summer because they were getting married and we were helping to organise their wedding, but M reassured me this was OK because they’d been so strict about not mixing with anyone else.

I think he’s secretly relieved my friends can’t visit, sometimes he points out things I’ve been blinded to about them.

Like my friend K, who he says is neurotic. He’s picked up on the fact that she barely eats, and he worries she might have an eating disorder. Or my friend B, who he says drinks too much.

That’s true, every time she’s visited, she’s had too much to drink. Except for that one time we’d arranged for her to come round early. M and I had been to the pub in the afternoon, and I’m not sure what happened but I was steaming by the time she arrived at 5:30pm. I’d only had two pints! I knocked the toilet roll holder off the wall in the downstairs bathroom, and M screamed at me about it. Understandable, as he’d just spent a lot of money having it re-decorated, and like he said, I was behaving like a child so he had no option but to treat me like one.

B really got upset with him, so now I’m careful what I tell her. I don’t want her to dislike the man I chose to spend the rest of my life with, and he already thinks she hates him, so I try not to say anything that she might perceive as bad.

I guess my friends were already suspicious about him because when I took my engagement ring to be re-sized, the jeweller told me the huge ruby (That M had gone to great lengths and expense to source) was a fake. It wasn’t his fault, but I saw the look in their eyes. So it’s the right thing to do for my relationship to distance myself from them.

I did text B recently, but she was being so difficult. She had an opinion we didn’t agree with, so in the end M took my phone from me and typed a response on behalf of both of us. It came from my phone, so then I had to call B and explain it wasn’t me that had called her selfish.

She said it wasn’t acceptable for M to do that, and I was my own person. I sort of agreed, but it’s not the first time he’s done that and it’s all to protect me, really. He smoothed things over by saying we were all drunk, so I suppose that’s OK. It’s an apology of sorts.

So now it’s just me and him. I rely on him to be my eyes and ears whilst he goes out to work, and I repay him with my undivided attention and loyalty. It’s the least I can do after everything he’s done for me.