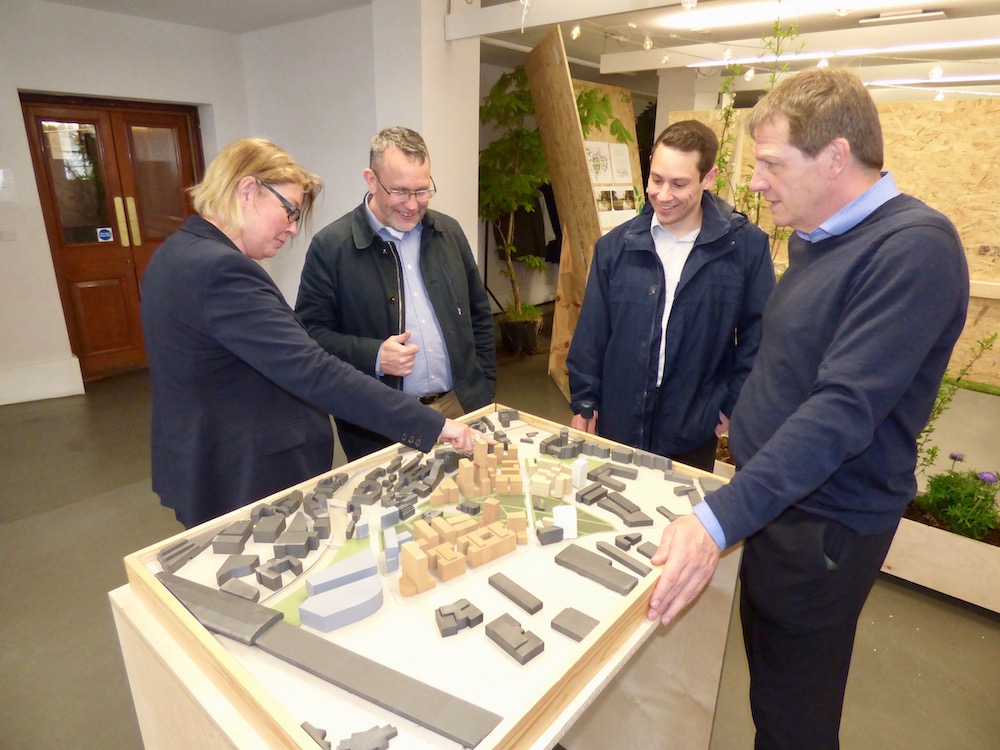 Developers Vastint have revealed more details of their plans for the Tetley Brewery site in Hunslet.

As we reported earlier this week, the plans are on show at The Tetley art gallery for a further day on Friday 10 May 11am-7pm and cover four elements: the park, the Crown Hotel, outline plans for phase 2 (across Crown point Road) and the first park-side buildings.

The plans for the park include ornamental tree-lined paths across the grass and orchard planting around the boundaries. If approved it will also see the narrowing of Crown Point Road to a single lane with priority for pedestrian crossing. They are keen to see it become a road through a park than a road that divides two areas of green space.

Whilst the Old Crown will be renovated and brought back into use as a pub, a row of ‘cottages’ next door face demolition.

The derelict houses are currently listed and Vastint engaged heritage consultants to survey the properties and advise on how they could be brought back into use. But the consultants quickly realised that the houses had been wrongly identified in the listing as early back to back workmen’s houses, when in fact they were built over several decades, were through terraced houses that would have probably housed middle class professionals. The confusion may relate to numbering Sheaf Street at the back of the properties.

Vastint are currently going through a process of trying to get the properties de-listed. Demolition will open up the vista for a further segment of parkland running down towards the City College Printworks Campus on Hunslet Road. Interestingly, Leeds Civic Trust have shown no opposition to the plan. 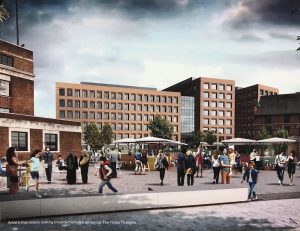 Detailed plans for the first buildings on site have taken account of the former route of Hunslet Lane to allow further permeability through the site for pedestrians and cyclists. The eight storey buildings will be brick clad and accommodate offices and ground floor commercial uses.

Planning applications will be submitted over the next few months four all four schemes and it is hoped that the offices and park could be opened in 2022.

For more information go to: www.brewerysiteleeds.com