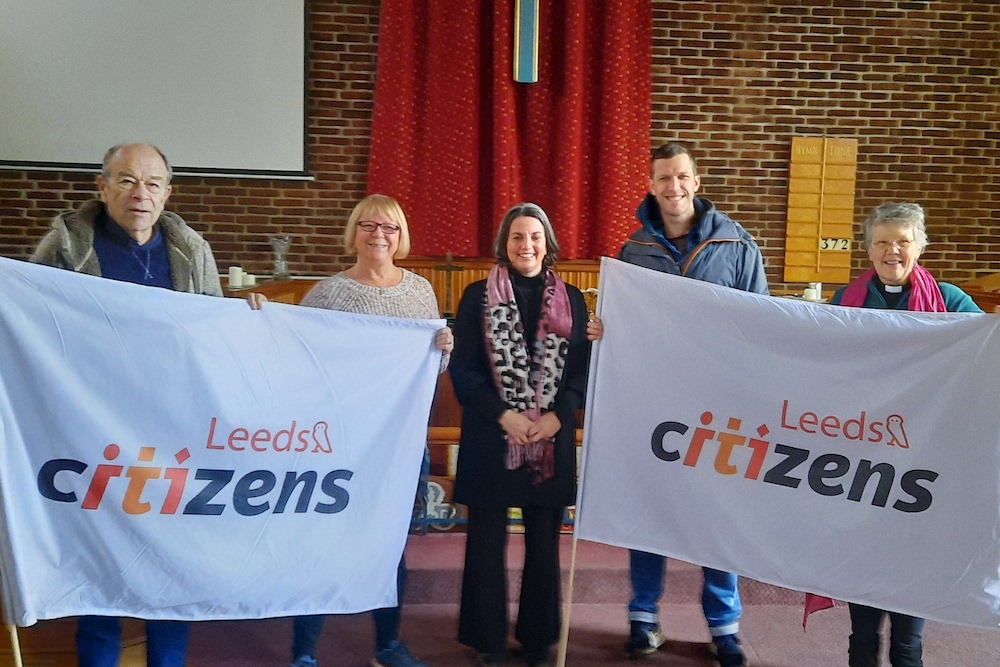 Team Beeston, which is the local face of the larger community organisers Leeds Citizens, are pleased to be able to report some success in our project concerning the repair of some of the footpaths in Beeston.  After meeting with Cllr Helen Hayden (Executive Member for Infrastructure and Climate) and Cllr Andrew Scopes, the Team have gained agreement to resurface the paths from Cardinal Road to King Field and Hugh Gaitskell Primary School.

Speaking after the meeting one of the team members Elizabeth Smith (St Andrew’s Church) spoke of her satisfaction that key paths linking schools, shops etc would be fully accessible using suitable paths. Cllr Scopes welcomed the involvement of local schools in the campaign and looked forward to work planned with them in the new year. Revd Lindsey Pearson (St Mary’s Church) felt that people would be able to better move around Beeston without using footpaths on main roads and submitting themselves to potentially harmful air pollution.

The community organising work undertaken by Team Beeston was eased by the earlier work of local councillors, particularly Cllr Scopes, in getting Leeds City Council to “adopt” the footpaths.