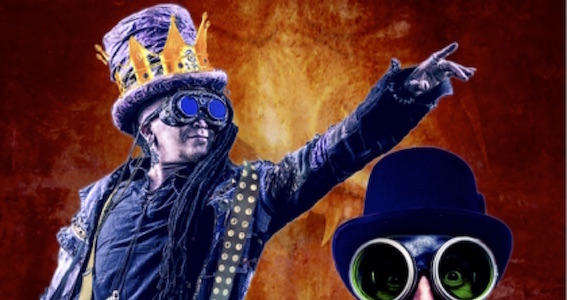 Oddsocks Theatre are returning to Middleton Park on Tuesday 5 July 2016 and this year they are bringing a ‘steampunk’, rock’n’roll version of Shakespeare’s Macbeth. 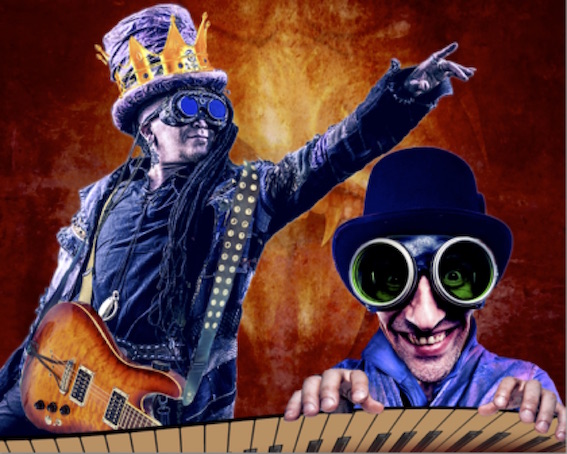 The production, which is organised by The Friends of Middleton Park promises to be nothing short of Oddsocks’ usual mayhem and anarchy. Shakespeare’s story of ambition turned bad is brought hilariously to life alongside a soundtrack of classic songs. Oddsocks are passionate about performing Shakespeare with energy and silliness and Macbeth will be no exception. Forget what you know about Shakespeare’s tragedy and expect the unexpected!

“Oddsocks is an independent self-funded theatre company! We like to get out and about touring the country by producing classic works, often Shakespeare, and making them accessible and entertaining. Taking the idea of the way Shakespeare performed his plays and brining them up to date and making them relevant to todays audiences.”

Andy continues by describing their unique style of performances: “Oddsocks is a theatrical experience for everyone. Highly energetic, full of life and plenty of laughs! It’s Shakespeare, but not as you know it!”

“I like the story and play of Macbeth, I think it’s really great. It’s a bit like a piece of music; it has a real natural rhythm to it that flows nicely and I think what we’re doing with it and the steampunk style of the music is really exciting and different.”

The family friendly performance at the park’s new bandstand is free and starts at 7pm. The café will be serving tea and cakes, but the audience is encouraged to bring their own picnic. Please bring camping chairs or rugs to sit on … and waterproofs (just in case).

To find out more, visit the Oddsocks‘ or Friends of Middleton Park websites.