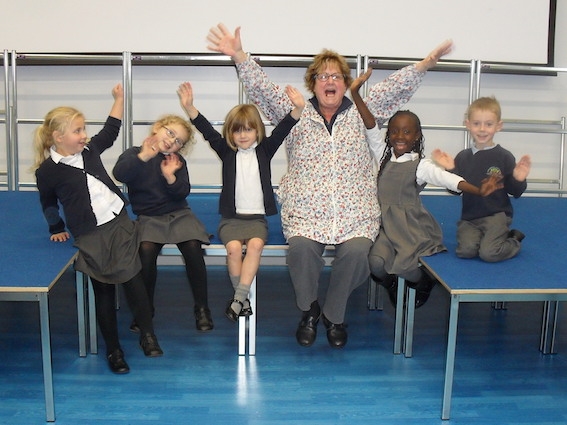 Last December, the children, families and staff at Lane End Primary School in Holbeck decided that they were going to try to raise funds so that they could buy a stage for their school hall.

A massive fundraising effort began – but the target was a very ambitious £6,000 as the staff wanted the best staging they could get for the children.

A number of fun events were planned and held through the year – a family Easter baking competition, Cinema Night, a Summer Ball disco, and a Summer Fair. As always at Lane End, the families were exceptionally generous with both their time and donations.

Local community groups and businesses were asked to support, and we were delighted at the response the school got from including Sofcat IT, who donated £250, Winder Power who donated £500 and all the other local businesses who kindly donated prizes for the Summer Fair raffle.

NPS – the organisation that were involved in the design and building of the school even held a fund raising event in their office – a ‘Seaside Day’ – where they all dressed up ready for a day at the beach, donating £250 to the fund. Swinton Insurance staff gave up their time and ran a stall at our Summer Fair, donating prizes and then giving all proceeds to the fund raising cause.

Leeds City Council and our Local Councillors, Angela Gabriel and Elizabeth Nash also offered their support – with £1,000 ‘MICE’ contributions from both the Beeston & Holbeck and City and Hunslet teams.

Excited that they were getting very close to the £6,000 target, the school were told that they had been successful in securing a ‘Citizens and Community Grant’ of £1,000 – they had reached their target!

Now the children will be ‘treading the boards’ like professional actors in their upcoming Christmas Shows.