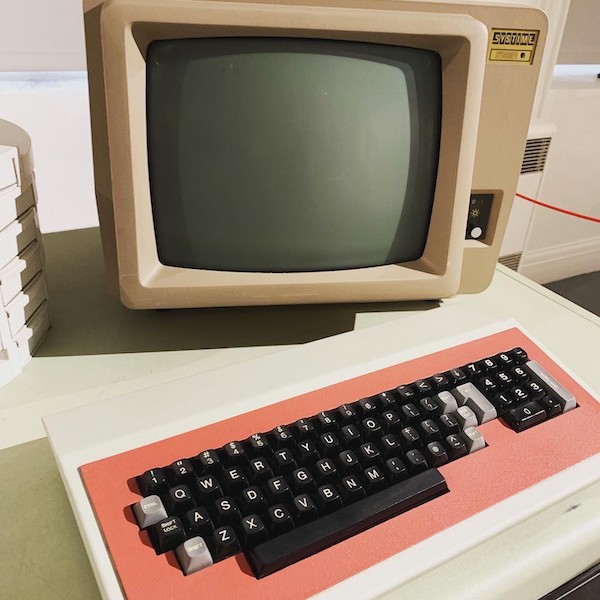 It might not the most attractive piece of hardware for the modern home office.

But the retro Leeds-made Systime computer is still a captivating keystroke in the history of British technology.

The nostalgic number-cruncher is among the exhibits featuring in Leeds to Innovation, a newly-online exhibition exploring some of Leeds’s most impressive inventions. It was also one of the key components in the little-known rise and fall of a global tech giant.

From humble beginnings in a derelict factory in Leeds in 1973, Systime grew to become a major manufacturer and by the early 80s, it was the second largest computing firm in the UK.

With an annual turnover of more than £400m, the firm employed more than 1,300 people at their futuristic Leeds headquarters, which was opened by HRH the Princess Royal in 1983 and today is the site of the White Rose Office Park in south Leeds.

The company produced IT solutions for huge names including British Rail, Marks and Spencer and the NHS and even sponsored Leeds United in the 1983/84 season.

However, series of supply disputes with American rivals and a number of management buy-outs followed and Systime was no more, with a number of companies rising from its ashes including Burley-based Visionware.

“The meteoric rise of Systime aptly demonstrates just how quickly and spectacularly a bright idea can flourish and what a powerful catalyst innovation can be for success in business.

“Historically, Leeds is known as industrial powerhouse, but Systime shows how the city has been at the cutting edge of some impressive advancements in technology, media and computing over the years too.

“While many of us are currently working from home, looking back at this intriguing chapter in the story of the PC is also the perfect way to welcome visitors to our exhibition online and encourage them to explore more stories of innovation, invention and creativity.”

Originally opening at Leeds Industrial Museum, Leeds to Innovation looks at some of the city’s most creative minds and the inventions they made.

They include pioneering stargazer Washington Teasdale, creator of a revolutionary field microscope and subject of the world’s first selfie, Elizabeth Beecroft, who hammered out a successful enterprise at Kirkstall Forge, and John Smeaton, the ‘Father of Civil Engineering’ and designer of the Eddystone Lighthouse.

Leeds to Innovation is now available to visit online at: museumsandgalleries.leeds.gov.uk/virtual-visit/leeds-to-innovation-online-exhibition