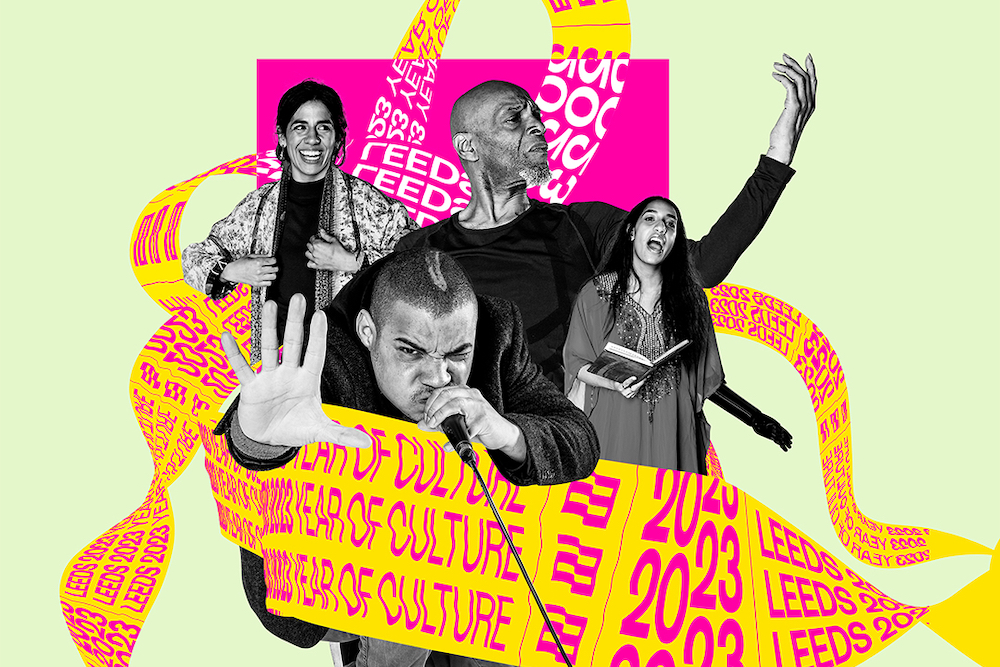 LEEDS 2023 has commissioned more than 20 ambitious new projects which will celebrate the unique stories found in neighbourhoods across Leeds, placing local communities at the very centre of the planned year of culture.

My World My City My Neighbourhood is the first major, community-led series of commissions to be announced as part of LEEDS 2023 as the city prepares for its year in the spotlight. The projects are as diverse as the communities themselves and explore everything from the history of the wool trade to a local allotment, a busy commuter road and even the city’s skateboarders, covering neighbourhoods from Beeston to Burmantofts, Hunslet to Horsforth.

The commissions will unearth hidden stories, unleash creativity and embed culture right across communities. They include a project exploring the social history of Leeds from a Deaf perspective, led by theatre-maker Janet Alexander. Mixed media artist Thahmina Begum will work with Bangladeshi and British Bangladeshi residents in Beeston in a celebration of heritage, language and mixed identities. Stand & Be Counted Theatre Company aim to make moments with the community of Hunslet where people genuinely feel ‘welcome’. They want to create a safer space for people to develop their confidence, have their say and make a change; and artist Harry Meadley is seeking to develop a project that brings attention to the rich skateboard culture of Leeds.

Each project will be led by a Leeds-based artist who will lay the groundwork from now until February 2022, before handing over the reins to the local communities to make their own, as a central part of the celebrations in 2023.

“My World My City My Neighbourhood is all about uncovering the untold stories of our city. You may think you know Leeds, but there are so many incredible hidden tales in our communities just waiting to be revealed. And who better to tell those stories than artists from those neighbourhoods and the local people themselves?

“Leeds is a city that speaks over 170 languages, and we want to hear everyone’s voices as part of our year of culture. There are so many people in the city that we don’t get to hear from and a chance for us all to listen and be inspired. There’s such a broad range of fascinating ideas in these projects and I can’t wait to see how they will grow and showcase these different neighbourhoods and communities.”

The artists, who were chosen through an open call earlier this year, each have a personal connection to the neighbourhoods they will be working in, whether they grew up in the area, have friends or family there, or have worked there previously. Artists will be matched with community organisations in the different wards and will be supported by the producing team at LEEDS 2023.

My World My City My Neighbourhood is supported by Arts Council England and Leeds Community Foundation.

For 2023, Leeds is planning a groundbreaking, 12-month-long cultural celebration across all 33 wards of the city where everyone can play a part. Working alongside local, national and international artists and local communities, LEEDS 2023 will be for Leeds, with Leeds and inspired by Leeds. It promises to be an explosion of colour, noise and brilliant entertainment, reaching every corner of the city and its wider districts.