We start this week with the Leeds Waterfront Festival, which takes places at various sites along the River Aire on the weekend of 25/26 June. Now you’ve heard of flash mobs, well if you’re a mermaid it’s a splash mob and the festival is recruiting. Alternatively you might want to join the junk boat challenge. 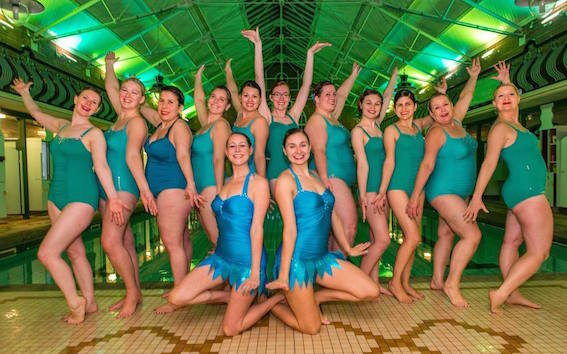 Another festival to get involved in is the Beeston Festival on 4 June. They have put a call out for volunteers to help on the day. It’s a chance to have fun, make friends and put something back into the community.

The Old Cockburn Sports Hall in Beeston has been transferred to the Hamara Centre to run. They are looking for a new name, have you got a suggestion?

Mining Tales and Trails is the name for a guided walk in Middleton Park organised by Friends of Middleton Park and Middleton Railway. Take a train up from Moor Road on Sunday (17 April) join the history walk and take a later train back.

If you think Rugby League is a macho sport these folks will put you right. The Hunslet Warriors Ladies team are playing tonight (Wednesday 13 April), kick off at 6:45pm at The Oval.

Do you own horses? Have you lost items of tack? Saddles and the like. The Inner South Neighbourhood Policing Team is trying to reunite items found in a car stolen from Middleton with the rightful owners. They’ve also got some Yorkshire stone recovered from a car in Holbeck.

We reported on William Fakes winning Young Archaeologist of the year back in January. The Heritage Lottery Fund have picked up on the story and made a great short video about William and the Leeds Young Archaeologists Club that meet every month in Middleton Park.

South Leeds Sister Amanda Binns talks about how she got started running as ‘a short fat woman’ (her words) and now buys jeans two sizes smaller than she used to. It’s on the Run Leeds blog, which also has news that the Sisters and This Leeds Girl Can group are now meeting at the old golf club house on Middleton Ring Road.

Are you In The Loop? It’s the monthly e-newsletter produced by Housing Leeds. The new issue is out now a must read for council tenants.

And finally, Community Led Local Development is a scheme being organised by Health For All and aiming to bring £1 million of European money into our area.