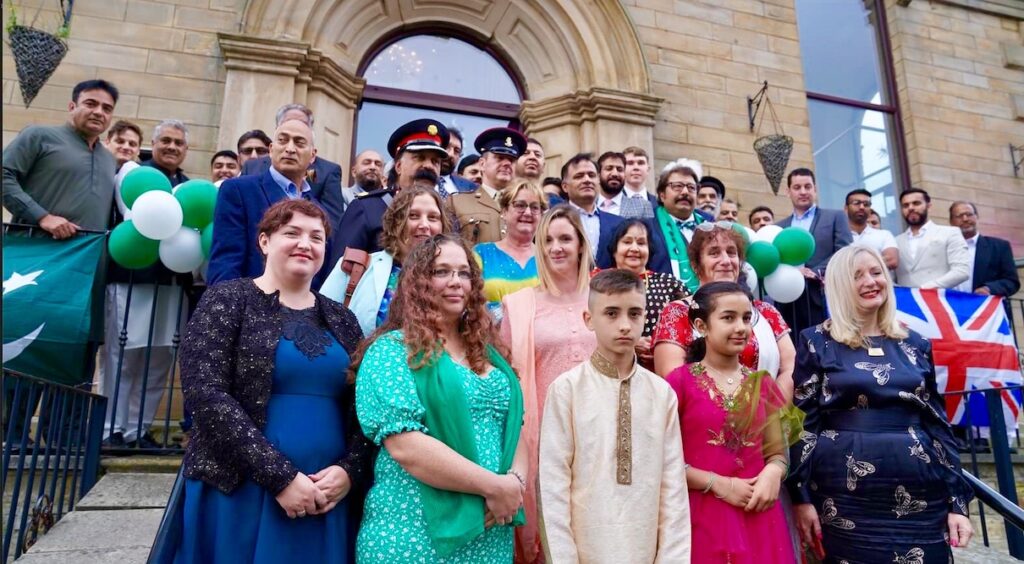 It commemorates the day when Pakistan achieved independence and was declared a sovereign state following the end of the British Raj in 1947.

The national anthem of Pakistan was played and was translated in English by Maysoun Almass a student of Beeston Primary School.

The Consul General of Pakistan Ibrar A Khan said:

”I’m delighted to meet the diverse community members who join us in celebrating our National Day with such enthusiasm, I feel warmly welcomed by all.”

“It’s a great occasion attended by so many celebrating together and an excellent opportunity to meet friends and community members from different walks of life.”

Cllr Gohar Almass, who’s also Secretary General of SLCA and organiser of the event welcomed everyone and thanked the guests for attending the occasion and for dressing up so colourfully celebrating our community’s unity in diversity. He said having such events is an effort to bring people from diverse backgrounds, faiths, ethnicities and cultures together and celebrate together, food and music is a great way to sit down together and meet old friends and make new friends also.

He also paid his respect and tribute to the people who lost their lives and or loved ones for their bravery and perseverance during the Pandemic and felt optimistic about the future.

Participants enjoyed the delicious Pakistani cuisine and music throughout the evening and expressed their delight and asked for such positive events to be repeated in future.