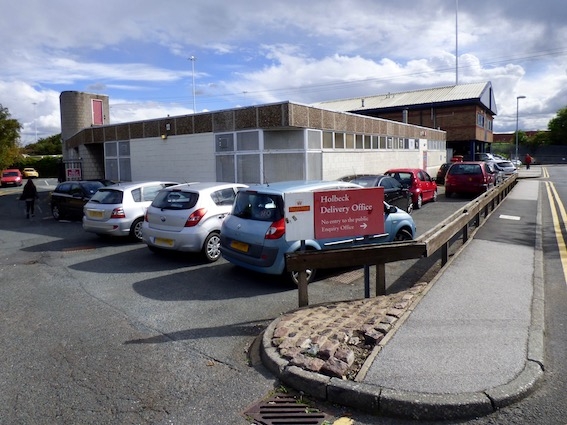 The campaign to stop the Royal Mail delivery office move to Armley has taken a new twist with the trade union proposing an alternative move.

The Communication Workers Union (CWU) is due to meet Royal Mail bosses on Wednesday (30 January 2018) for a final consultation meeting about Royal Mail’s plans to close the Holbeck office at New Princess Street. Under the Royal Mail’s proposals, the Holbeck office would merge with the city office which is located behind the Harley Davison dealership on Wellington Road, off the Armley Gyratory system in LS12.

The union will be presenting a nine page document setting out the problems it foresees both for its members and for the public of LS11 attempting to collect letters and parcels from the office. The document also details opposition from local Councillors and Hilary Benn MP, who raised the issue in Parliament.

The CWU has also suggested a counter proposal. Instead of merging Holbeck and City offices, it suggests merging the Holbeck and Hunslet delivery offices, which cover the LS11 and LS10 postcodes respectively. They suggest a merged office could be located on Parkside Industrial estate, off Dewsbury Road near the fire station.

They suggest that a Parkside office would be more accessible for residents across all parts of LS10 and LS11 and it would be possible to ensure enough parking space for the public as well as staff and the red van fleet. Currently both the New Princess Street office and the Hunslet office on West Grange Drive suffer from a lack of customer parking.

“As Councillors we would support this suggestion, but it needs scoping out and we need make sure that Holbeck residents are not disadvantaged by this move.

“We are arranging to meet with Royal Mail to express our opposition to their plan. It would be a shame to lose this service from Holbeck.”

One Reply to “Royal Mail Delivery Office to move to Parkside?”