In 1948 a boat set sail from the Caribbean. It carried 800 African Caribbean men and women to Britain. Many of the men had served in the British forces during World War II. Leaving behind loved ones, they came to help rebuild a Britain that had been destroyed by bombing and bankrupted by war. 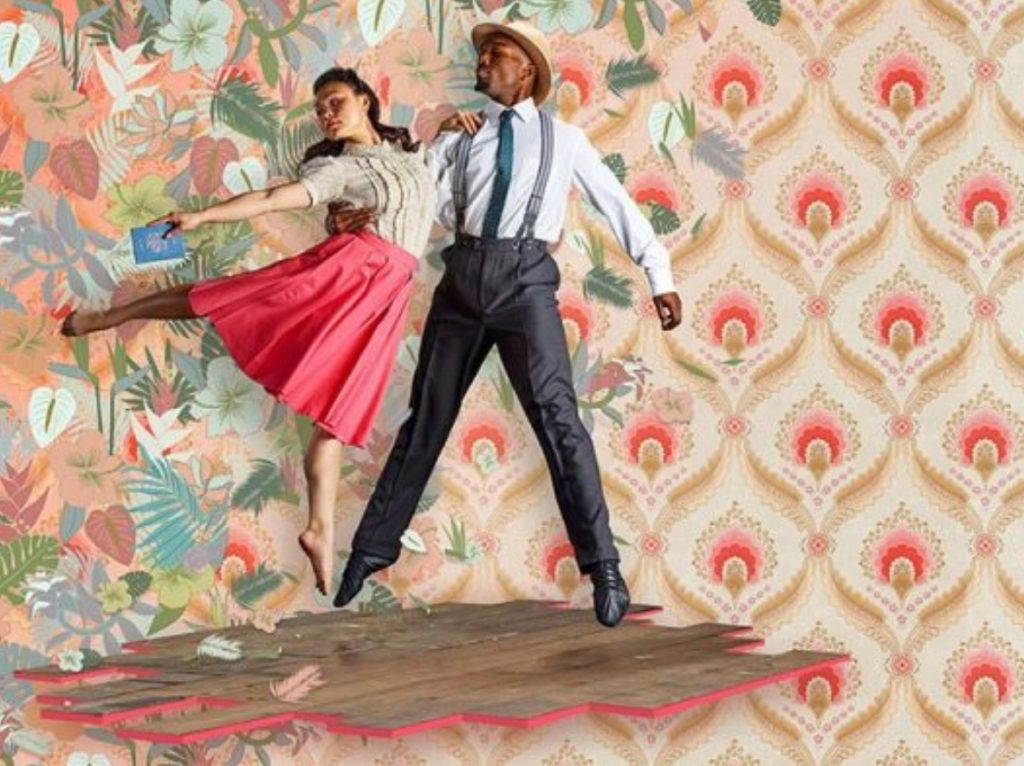 Based on the reminiscences of members of Leeds Black Elders group, this ballet by Sharon Watson, the Artistic Director of Leeds-based Phoenix Dance Theatre, narrates the story of 20th century African Caribbean migration to Britain. The ballet takes us through all the joys, difficulties and disappointments of migration. It is both immensely touching, and at times very funny.

“You called. We came.” Skilled engineers, teachers, nurses came to help rebuild the Motherland, as imperial Britain liked to present itself to its subjects. Yet when they arrived they were met with hostility and discrimination, and were confined to low-skilled, badly paid work that made a mockery of their skills and abilities: “Matrons became healthcare assistants, teachers became bus drivers.”

As a young (white) person in the 1970s I heard white people complain “All black people look the same.” The costume design neatly turned this on its head. Dancers, portraying white people, wore white masks, similar costumes and had a similar, repetitive series of movements (generally while miming smoking). They all looked the same to me. A very effective section had these sloppy harridans hanging up washing to bear the words “No dogs, no blacks, no Irish”. A common sight in hotels and lodgings before racial discrimination was recognised for the evil that it is.

The danced memories  of the Windrush generation took us on, through police harassment, Carnival and reggae music, lovers rock, through interracial misunderstandings, marriages, births and re-unifications to a glorious finale, and the multi-racial society that we have been gifted by them.

As I left, an usher said, “I don’t understand dancing but that was brilliant. It was like being in my gran’s living room. She’s 85. She came here then.”  I had been looking at the dance (lovely – especially Vanessa Pang). He saw, recognised and loved the theatre, the story, the truth.

This post was written by Sue Talbot using our Create an article for South Leeds page.

One Reply to “Review: Windrush by Phoenix Dance Theatre”