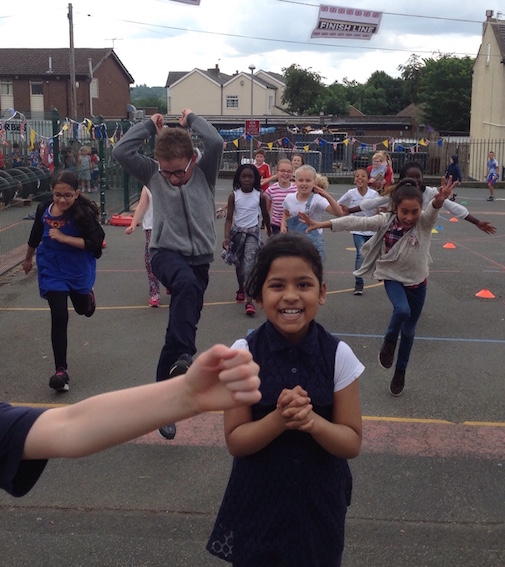 What a busy week the children have had at Beeston Primary School. On Thursday 23 June the children took part in their own mock UK Referendum then on Friday 24 June the whole school celebrated Armed Forces Day. For a small donation, children were allowed to come to school wearing patriotic colours of red, white and blue. 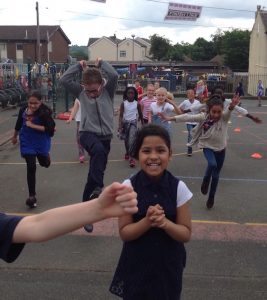 During the day, children in all year groups learned about our brave men and women past and present who served in the Royal Navy, British Army or Royal Air Force.

In June 2014 Michael Gove set out plans for all school children to be taught ‘British values’. The then Education Secretary announced that from September 2014, England’s 20,000 primary and secondary schools would be required to actively promote tolerance, fairness, respect for other faiths, and the rule of law and democracy.

Throughout the day children took part in a ‘March a Mile’ sponsored event in the school grounds. The children marched a mile to raise money to be split between school fund and Help the Heroes Charity; showing our gratitude to the men and women of our armed forces for their outstanding professionalism, courage and commitment to the people of Britain.

Also, the children designed flags supporting our armed forces. The flags are currently being displayed in the school hall and the winners in each class will be announced next week.

“I would like to thank all our parents who have donated or helped their children collect sponsors. The children were amazing today and rose to the challenge.”

The final total raised will be announced shortly.

On Saturday 2 July the school will be holding their Summer Fayre 11am to 1pm. There will be lots of stalls, games and prizes to be won and monies raised will be used to purchase outdoor play equipment for the children.

This post was written by Sue Knowles using our Create an article for South Leeds Life page.