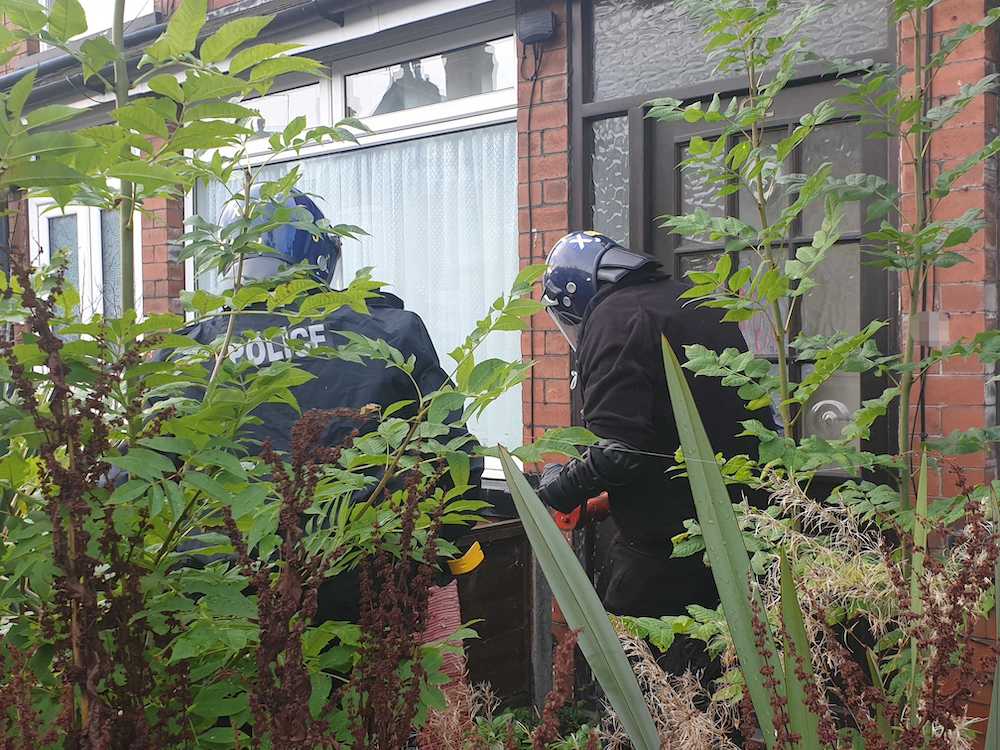 An operation targeting drug dealing and other criminality in south Leeds has seen four people arrested and drugs recovered in a series of raids.

Officers from neighbourhood policing teams across Leeds focused their attention on Holbeck, Beeston and Beeston Hill this morning (9 October 2019) as part of Operation Momentum, which supports the force-wide Programme Precision initiative to tackle serious and organised crime that impacts on local communities.

Along with specialist officers from West Yorkshire Police’s Operations Support, the teams executed three drugs warrants at addresses in Crosby Street, Cross Flatts Place and Brompton Grove resulting in the arrests of two men and two women and the recovery of drugs and suspected stolen goods. A substantial cannabis farm was found in Cross Flatts Place. 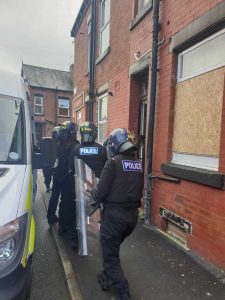 At the same time officers worked in partnership with HM Revenue & Customs and the Driver and Vehicle Standards Agency to stop and inspect vehicles more than 20 vehicles in the area to ensure the safety of all road users. A number of road traffic offences were identified.

“Today’s activity is just the latest instalment of Operation Momentum which started earlier this year and which gives us a regular opportunity to proactively target those whose criminality impacts on the lives of people in our communities.

“This work directly supports the ongoing Force initiative Programme Precision to tackle serious and organised crime, such as drugs supply which causes harm both to individuals and communities and fuels acquisitive crime and anti-social behaviour.

“We will be repeating Operation Momentum over the coming months in other parts of the district and we hope it will continue to have a significant impact in tackling crime and improving people’s quality of life.

“Information from the community remains an absolutely vital part of this work and we would encourage anyone who has information on those involved in drug dealing or other crime in their area to report it to us either directly or anonymously to the independent charity Crimestoppers.”