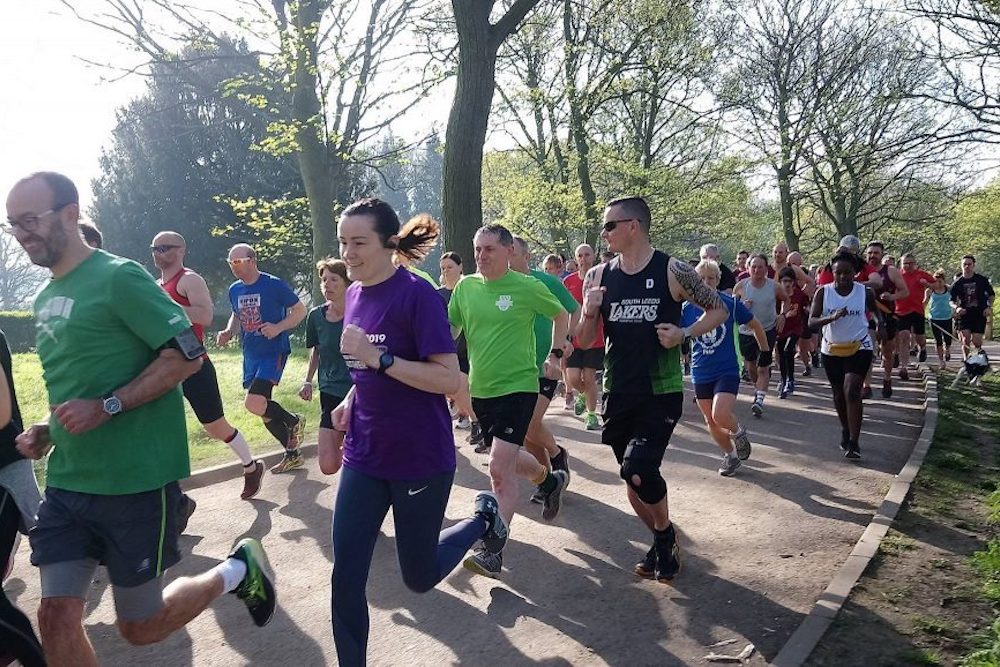 Parkrun has announced today (25 September 2020) that it will not be restarting events in October as it had hoped.

Parkrun has become an international phenomenon, encouraging thousands of people to take up physical exercise with a 5km run, jog or walk over a measured course each Saturday morning. South Leeds has two parkruns, Cross Flatts and Middleton Woods, which regularly attract 300 participants between them.

Events were cancelled back in March as lockdown took effect, but outdoor sport, including running, has gradually been opening up over the summer. National organisers had been working on how to make events Covid secure and had hoped to restart by the end of October.

However, in a statement they confirmed that the Government’s announcement earlier this week meant that plans were back on hold. Nick Pearson, parkrun’s Chief Executive Officer said:

“Understandably, local public health leaders are anxious about groups of people gathering, and, whilst events such as parkrun are exempt from the six person rule, we feel, at this moment in time, that it would be insensitive to push forward with reopening.”

“We can take more than six in a group as we are Covid Secure, but as a club we decided to stick with five plus a leader, just because your average member of the public doesn’t know England Athletics’ rules and we didn’t want people seeing us running in large groups with Lakers shirts on. And there may be further tightening of rules in the coming weeks.”

Parkrun’s success is built on its open, friendly and encouraging ethos. It has helped many people start or increase regular exercise, with proven physical and mental health benefits. The social side is also important with many parkrunners making new friendships. Whilst many particpants will have continued taking exercise as individuals, many will have dropped out without the discipline of a weekly event.

“As we head into winter and face the many associated seasonal health issues (both in terms of COVID-19 and other mental and physical illnesses), we believe parkrun has an incredibly important role to play in supporting public health.”

“We support the decision not to restart. Holding events would not send the right message to the public, but we do need to find a way to get parkrun going again that is safe for participants and volunteers; and has public support.”