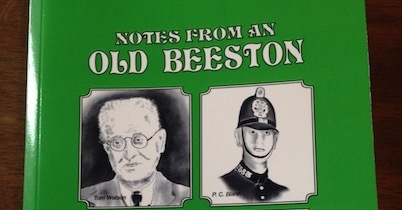 Beeston has touched the lives of many people over the years and has left a lasting impression on the hearts of those, past and present, who have lived here. There are probably, however, lots of things that many of us who have lived in Beeston did not know about its rich history, which is where this fascinating book from Beeston Local History Society comes in. 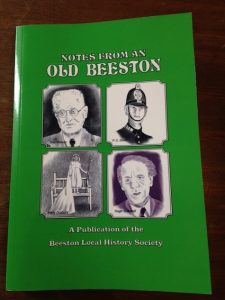 The recollections in this book will be in print for future generations to enjoy for many years to come alongside the illustrations which have been cleverly done as drawings from old and new photographs.

From the historic buildings that remain in Beeston such as Stank Hall and Barn and Cad Beeston to the Manor Houses, churches and chapels of old that sadly no longer exist, this book tells the story of how Beeston came into being. Here are fascinating facts about early industry, farming, disasters in the Beeston coal pits, the well known Moorhouse’s jam making factory; and the political characters who helped shape the Beeston of today.

Murder and executions on Holbeck Moor will intrigue you! Details of the entertainment that was on offer to Beeston folk will fascinate you whether it be about the old picture houses and cinemas or pubs that we had, or the greyhound racing track. And stories about the old Beeston Carnival and Carnival Queen will be of interest to those who know the Beeston Festival of today.

I would like to applaud Beeston Local History Society for their dedication in researching and producing this important document that helps to bring to life the people and places of early Beeston. Enjoy what I know will be an intriguing read.

This posts was written by Cllr Adam Ogilvie. Notes from an Old Beeston is available now and costs £4. To order your copy please ring Ken Burton on (0113) 270 9459.

Beeston Local History Society meets on the second Tuesday of the month at 8pm at the Beeston Parish Centre.