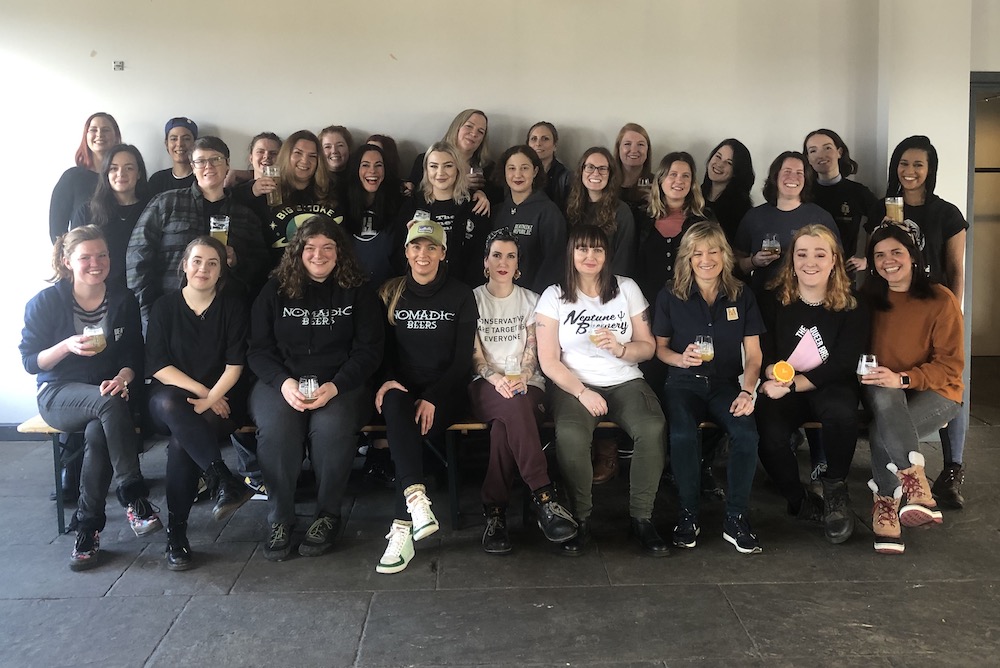 On Tuesday 11 February, Northern Monk welcomed over 30 women from across the beer industry to their Old Flax Store home in Holbeck to brew a ‘megacollab’.

The collaboration is launching today (6 March). R.E.S.P.E.C.T is a 4.7% Citrus IPA brewed using Kviek yeast as a nod to ancient methods of brewing, which offers pineapple and mango esters. This is joined by lemon, lime, orange and blood orange which was zested by the women on brew day, and the beer is dry hopped with Citra, Simcoe, Motueka and Ekuanot. The beer label features portrait photos of every woman that was part of the brew team. 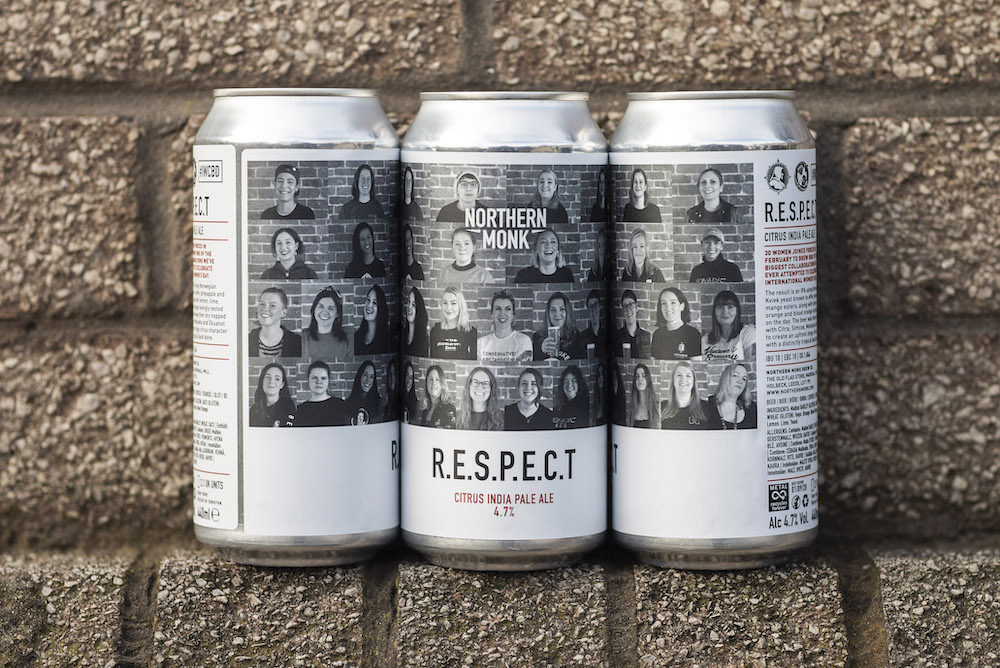 As well as the industry-wide collaboration, the women at Northern Monk have teamed up to brew a second International Women’s Day beer, Make It Happen. This will be brewed this weekend in celebration of IWD and is projected to launch on the Friday 27 March.

The beer is a 7.2% Caramelised Biscuit Vegan Milkshake IPA, a recipe developed by Northern Monk’s first female brewer, Maddie Culling. International Women’s Collaboration Brew Day is held on the Sunday 8 March to coincide with IWD. The theme of this year’s International Brew Day is ‘Tribute’.  Ancient Sumerian societies championed women as their masters of brewing, under the watch of Ninkasi, Goddess of Beer. These brewers wrote on clay tablets to pass on their knowledge and inspiration through generations of women. The symbols carved onto those tablets, and what they represent, live on through the label of the beer, which was designed by Ellie Kennedy, Northern Monk’s Junior Designer. 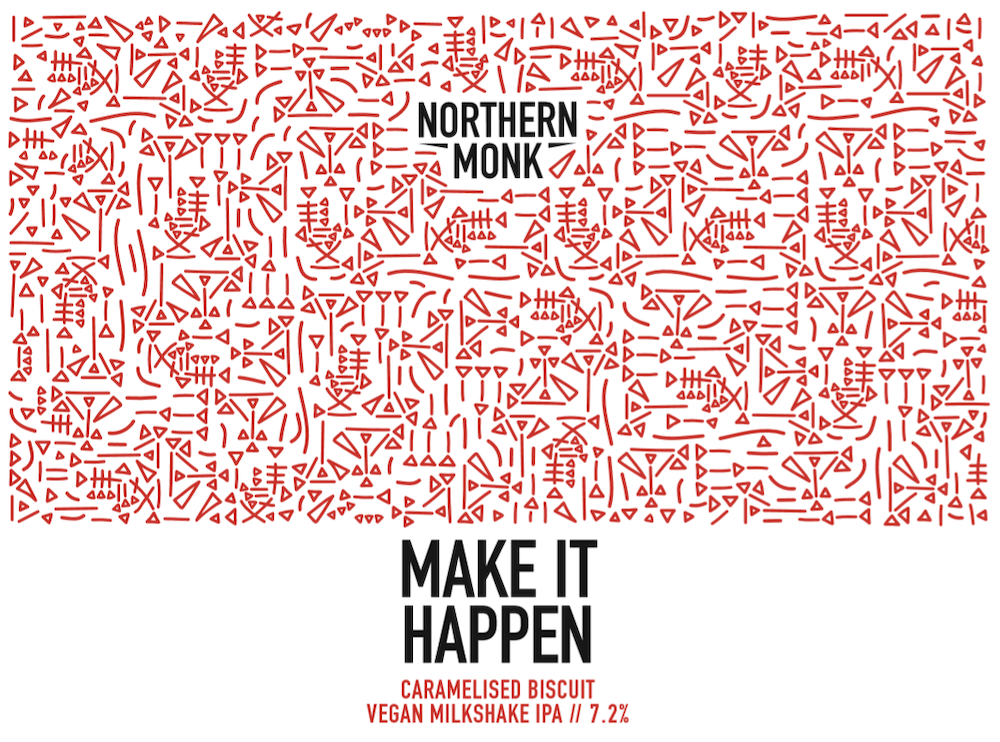 25% of profits will be donated to Northern Monk’s For the North Foundation, a grant fund scheme where the brewery donate £5,000 grants to community causes. The money raised will be put towards a grant specifically for a women’s charity, or a charity that’s majority owned by women, that benefits the community.

“There is no excuse for sexism, homophobia, racism, or any other kind of marginalisation in this, or any other industry. At Northern Monk we strive for equality, we have a Diversity and Inclusion Policy that’s published on our website, and we set new diversity goals every 12 months. In the past year, we’ve hired 30 employees, and 54% of these hires were women. For us, celebrating International Women’s Day is not a token gesture where we celebrate the women in the industry once a year. It’s about raising awareness of the fact that this is a real issue, everyday. If we work together, positive change can be made, and we can change the narrative of the industry.”