Pyramid will launch a major new show at The Tetley this month. ‘Hidden Art / Hidden Artists’ will include photographs of three pieces of art work, never been shown in public before, created by the Arts Club within the walls of Meanwood Park Hospital, prior to its closure.

Three of Pyramid’s most promising artists – Ria, Liam Hirst and Stephen Harvey – will create new and powerful pieces of work in response to these art works.

Pyramid was set up in 1989 within the walls of Meanwood Park Hospital as a weekly, volunteer run arts club for the patients who spent their lives there. When the hospital closed in 1996 the Arts Club became ‘Pyramid of Arts’, a project to keep the patients in touch with each other through arts activity.

Since then the charity has supported over 1,000 people with learning disabilities to discover and explore the arts, and to create high quality art for a wide public. Pyramid artists have exhibited work at every major cultural venue in the city, creating large-scale works for events like Light Night and creating three permanent sculptures at Thwaite Mills, Meanwood Valley Urban Farm, and Leeds Industrial Museum at Armley Mills.

Stephen Harvey has been attending Pyramid groups in south Leeds for nearly 20 years, first at Middleton Methodist Church, then as part of the Ribblehead Group in Holbeck. He also worked one to one with artist Julie Shackleton, to develop his own practice. 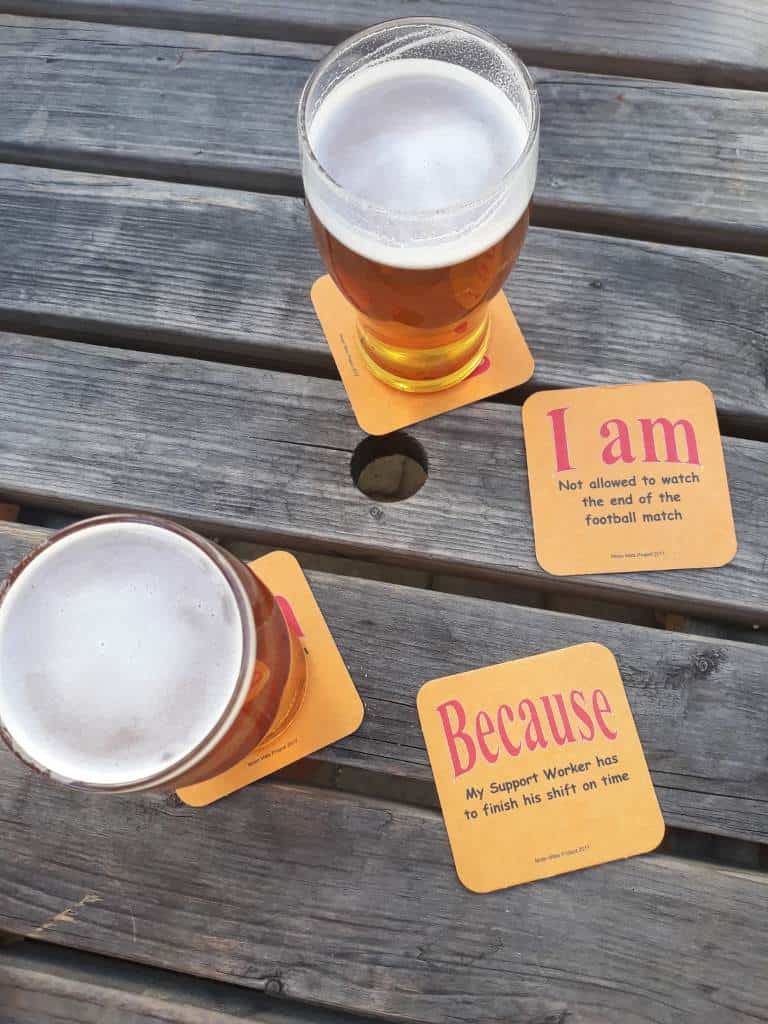 Stephen’s artwork is playful, disruptive, and based around “moaning”, although he hopes this moaning is taken in the spirit that it is intended: as constructive criticism and as protest about his lack of independence in the care system.

His projects began with ‘Moan Mats’, a series of beer mats – distributed to South Leeds pubs – that said “I am not allowed to watch the end of the football match, because my support worker has to finish their shift on time.”

He has since created prints for galleries on staircases with the repeated phrase “THE ONLY WAY IS UP”, artwork designed to be visible without having to climb the stairs.

For ‘Hidden Art / Hidden Artists’ Stephen will create textile banners referencing the fact that patients often died within the walls of Meanwood and were cremated there. The banners are covered in bones and say ‘JOGGING YOUR MEMORY’. They will be hung from trees along the path around the surviving wall of Meanwood Hospital, which is a popular route for joggers.