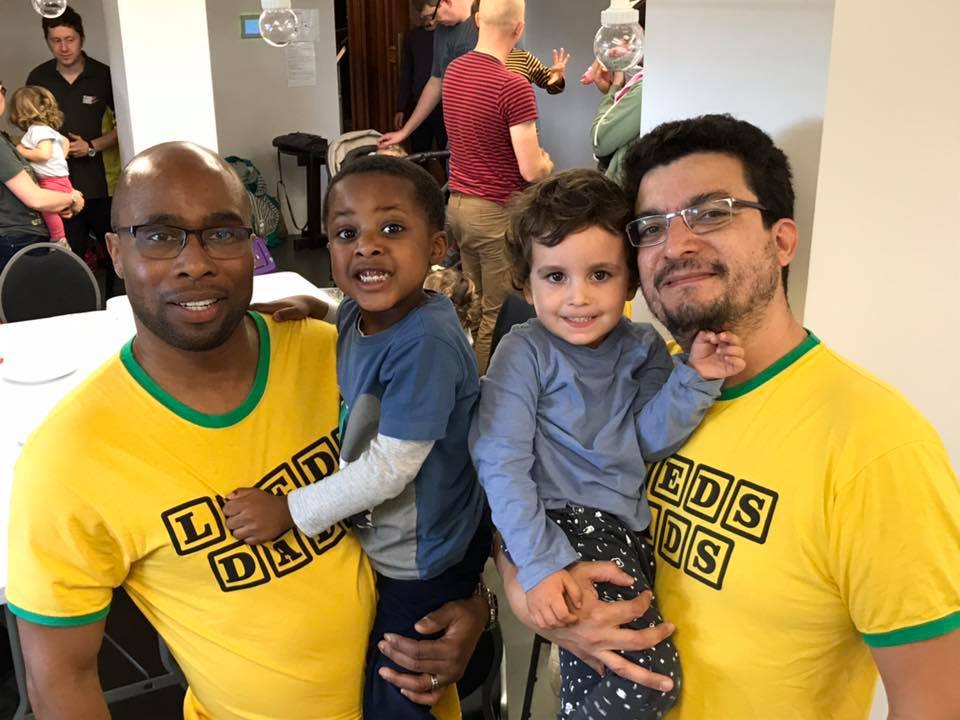 Leeds Dads creates opportunities for dads of pre-school children in Leeds to spend time with their kids. The group has been running a popular monthly meet-up for dads and their children at The Tetley for the past few years. Around 30 dads and grandads meet to enjoy arts craft, games, a singalong and storytime.

The group will move into their new headquarters at The Holbeck from September.

“We’re very excited about moving to The Holbeck. It will give us access to a much larger event space so we can continue to grow and welcome new members. We are looking forward to our current dads joining us at The Holbeck, as well as meeting other dads who live locally too.”

Errol started Leeds dads in 2011 as a way of spending more time with his daughter.

“Dads are still a bit of a rarity at playgroups, so I felt slightly awkward and out of place there. So I started Leeds Dads with a handful of friends and their kids in Leeds City Museum Cafe.”

Leeds Dads has recently been shortlisted for the Community Organisation Award for Gender at the National Diversity Awards. The awards highlighted Leeds Dads for bringing together a diverse community of fathers for social interaction and support.

Leeds Dads meet on the third Sunday of the month. The next event will take place on Sunday 15 September, from 2-4pm at The Holbeck on Jenkinson Lawn, LS11 9QX.

3 Replies to “New home for Leeds Dads at The Holbeck”