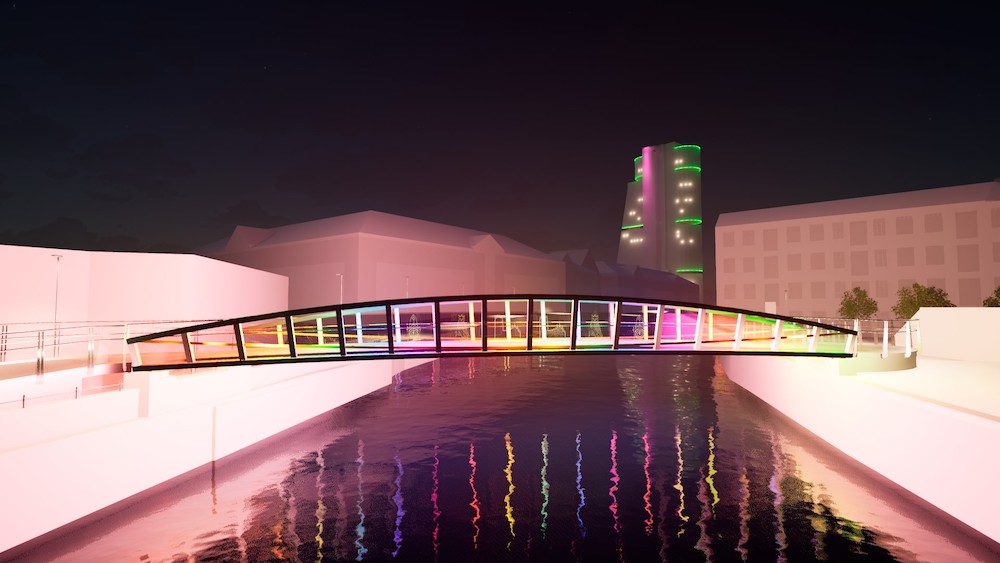 Work has begun to create a footbridge across the River Aire which will commemorate the lasting legacy of a man who drowned after being racially harassed.

David Oluwale, who had travelled to the UK from Nigeria, was tragically targeted because of his mental health, homelessness and race.

He died in the river in 1969 in an incident of racial injustice which left a lasting social and cultural legacy as well as inspiring a string of moving books and plays.

Working alongside the David Oluwale Memorial Association (DOMA) and local partners, Leeds City Council will name the new bridge crossing the river from Sovereign Street to Water Lane in his memory, both to commemorate his death and demonstrate a lasting commitment to equality and inclusion in Leeds.

Initial building work on the bridge has started, with the finished project forming one of the newest key elements of the ambitious South Bank regeneration programme. The footbridge is located between Victoria Bridge and Leeds Bridge, near Asda House and links in to the new Aire Park on the site of the former Tetley brewery in Hunslet.

It will also help fulfil one of the project’s integral and long-standing priorities to ensure better pedestrian and cycling connection between the city centre, the train station, Aire Park and other green spaces around the city centre.

“David Oluwale’s story must never be forgotten and naming this bridge for him will stand as a lasting and poignant memorial to his profoundly tragic death and the legacy which he left behind.

“It will also act as a symbol of the diverse place that Leeds is today and our shared hope that it will always be a better, brighter and more inclusive city which is better connected in every way.”

“This is another positive decision by Leeds City Council, who have been incredibly supportive of DOMA’s work over the past thirteen years.

“David travelled to the UK in 1949 from Lagos, Nigeria, hoping for a brighter future and spent twenty years in Leeds. He was hounded to his death in the River Aire in 1969 by two Leeds police officers. At DOMA we keep David’s story alive in our educational and campaigning work against racism, mental ill-health and homelessness today.

“Naming this bridge for David Oluwale gives residents and visitors alike a clear message that Leeds is dedicated to confronting the traumas of the past and becoming a place of welcome and sanctuary for all people.”

“The case of David Oluwale highlights just how important it is to challenge the disparities that people still experience across our communities.

“This footbridge will be an enduring symbol of David’s life and a continued reminder of our collective responsibilities in calling out racism and promoting diversity.

“As a national policing lead on Equality, Inclusion, Accountability and Transparency, I am doing all I can to place his legacy at the heart of our approach, ensuring that we all learn from the traumas of the past.

“It is crucial that we are truly representative of the people we serve, and this ambition forms the bedrock of the Mayor’s first Police and Crime Plan, which is soon to launch.”

The council is also very grateful to local businesses Asda and Leeds Building Society for their help and support to secure the landing rights for the bridge.

The proposals for the regeneration of the city’s South Bank will provide 8,000 new homes and 35,000 new jobs, new educational establishments and a new city park.