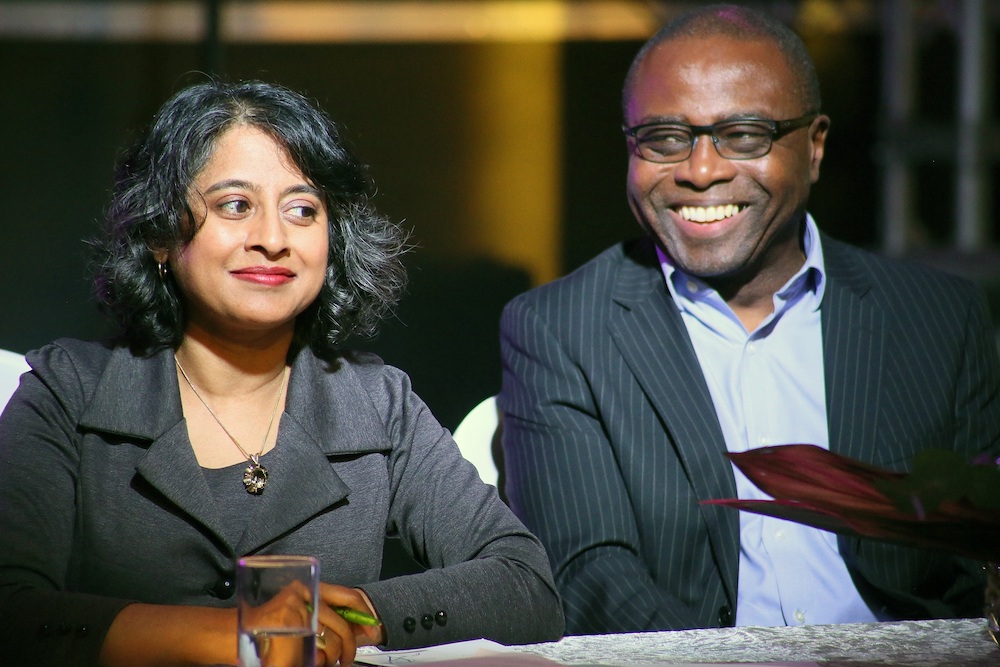 The Chief Executive of Leeds-based housing association Unity Homes and Enterprise has told its Annual General Meeting that he will be guided by the organisation’s BME status and social purpose during his time at the helm.

Cedric Boston, whose appointment was announced last week, told a large audience of stakeholders, guests and staff gathered at The Sheepscar in Chapeltown that Unity’s BME status and social purpose “are going to motivate us to move forward, keep us on track when things get difficult and keep us moving in the right direction.”

Mr Boston, who has more than 30 years of senior level experience in social housing, paid tribute to “Unity people past and present because, through their efforts, we have a good platform upon which to build.”

And he commended the Unity Board for “setting really tough challenges,” adding, “they want us to become the best housing association around.”

He said: “We want to be a great landlord. That means delighting our customers, providing high quality services, engaging well with the community we serve, earning their respect and enabling them to become our cheerleaders – the people that are pushing us forward to do more than we are already doing.

“We want to do a lot more to improve people’s lives, which requires the business to continue to grow through Unity’s great work.

“It also means looking at potential new income streams, ways in which we can attract additional resources to the business and partnering with other organisations, because we are a small organisation with big ambitions. We know we can do more if we collaborate with the right people who share our aspirations. We can produce more together than we can individually.”

Welcoming Mr Boston to his role, Unity Chair Shruti Bhargava said she was “absolutely confident in the abilities both of our new Chief Executive and our staff to drive through the ambitious challenges set out in our corporate plan.”

She said: “Despite the pandemic, we’ve continued to have an impact in our communities, improve neighbourhoods, build homes, help people into employment and provide space and support for their businesses in our business centres.”

Ms Bhargava acknowledged that other societal challenges had been highlighted since Unity’s last in-person Annual General Meeting two years ago.

She said: “The murder of George Floyd in America drew attention to the realities of racism, especially anti-black racism. That and the Black Lives Matter movement has led to a much stronger awareness of the levels of structural racism in our society and the things we really need to do to tackle race inequalities. So much of that was seen in the really stark impact of how Covid-19 has affected our BME communities, highlighting the poor housing, insecure employment and health inequalities which expose them to greater risk and a disproportionate level of deaths.”

Attendees also heard moving speeches from Leeds West Indian Carnival founder Arthur France, together with Christina Cambridge and Sheila Howarth who have deep connections with Unity and play pivotal roles in the association’s ongoing exhibition showcasing the immense contribution of the Windrush Generation to business success and social reform in Leeds.

The evening included dazzing stage performances from local vocalists Christella Litras and Carmen Brown, plus surprise guest and Five Star lead singer Denice Pearson who performed You Raise Me Up, a charity single she released as a tribute to NHS and social care workers who lost their lives to Covid-19.