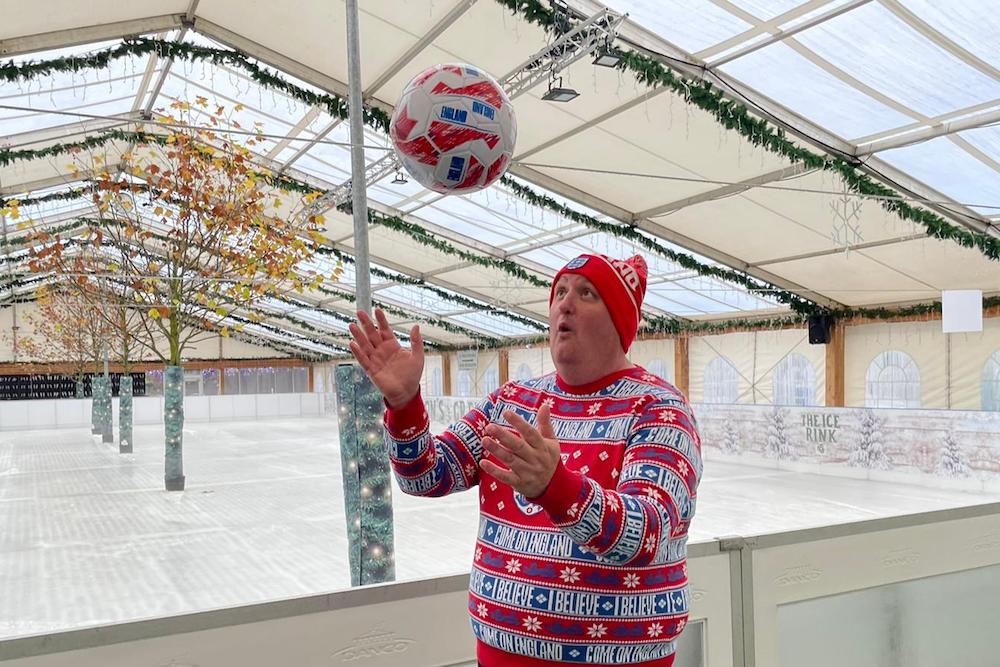 YouTube sensation Danny Malin, who hosts the popular social media review site Rate My Takeaway, is releasing a charity Christmas single as he aims to be number one this festive season and he needs extras to star in the video.

Filming for the Christmas single is underway and Danny needs 130 extras to join him at White Rose Shopping Centre on Tuesday (23 November 2023) as he completes the shoot for the fun music video.

Danny is hoping that this year’s single – which will be a Christmas wish about England winning the World Cup in December – can top last year’s song which reached number 7 in the iTunes chart and racked up ½ million views.

“We’re doing it again folks and just like me it’s going to be bigger and better than last year. We’ve got two charities lined up and we’re giving all profits to them, so let’s get this to number one! We’ve got professional songwriters in and everything. We’re mixing a Christmas single with a World Cup wish and I’m rapping some of it – it’s going to be a belter.”

“When Danny asked us if he could use our festive backdrop in the video for his Christmas charity song, it was a no-brainer. Danny is a friend of the centre and he’ll bring even more festive cheer and smiles to our guests. We’re delighted that our ice rink, Santa’s grotto and Christmas Toy Appeal will feature in the charity music video.”

Danny has pledged that all profits from the single will go to charities MIND and The Trussell Trust.

If you’re interested in being an extra in the video for Danny’s song as he bids to be Christmas Number One, resister free at: www.facebook.com/DannyMalinOfficial. Places are strictly limited to registered ticketholders only.

White Rose Shopping Centre is the perfect festive day out this winter, with the launch of its first-ever magical, under-cover ice rink outside by The Village.  The grotto and ice rink are both now open to the public as is the centre’s Christmas Appeal. For further information on everything festive at White Rose including Santa’s grotto and skate times and prices, visit www.white-rose.co.uk