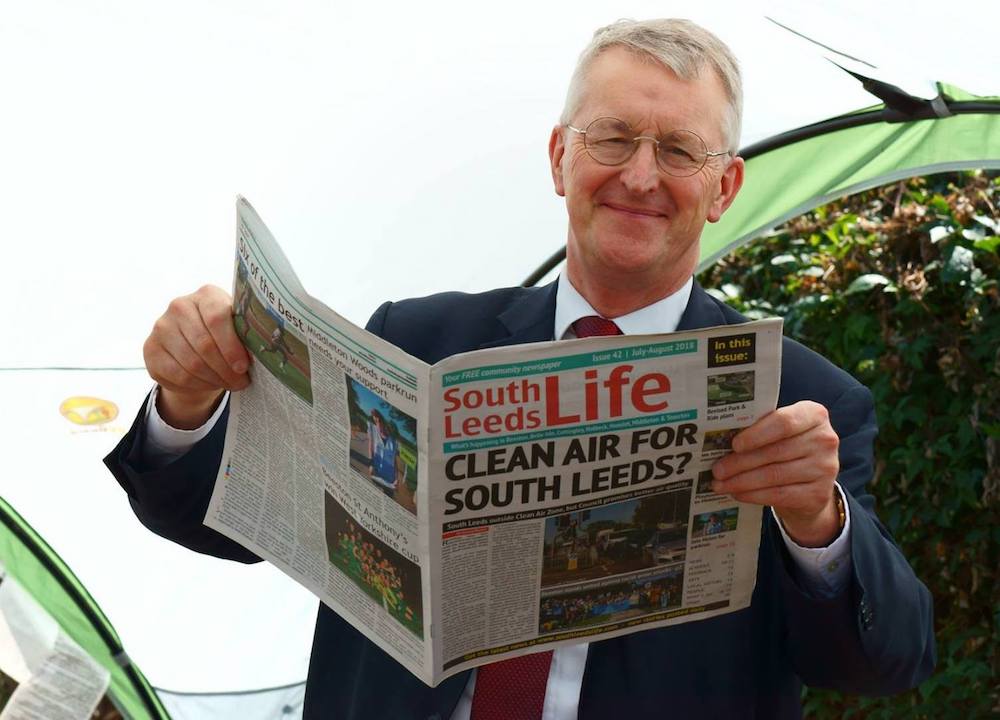 For the second time in recent years local residents and I have found ourselves dealing with a particular problem. Companies that start operating and causing disturbance in buildings when they don’t have planning permission for what they are doing.

In the first case, a quiet residential block by the river was turned, in effect, into a ‘hotel’ overnight when the new owners removed all the long-term tenants they could and started renting out flats on a nightly basis to stag parties and hen-dos. Suddenly the residents still living there found lots of strangers coming and going at all hours, with a great deal of noise and anti-social behaviour.

In the second case, the front of the Sugar Refinery (also known as Concourse House) on Dewsbury Road has been turned into a snooker hall which operates until the early hours. In neither case did those responsible have planning permission for what they were doing. And in both cases residents were not only disturbed by noise but astonished to discover that the owners could apparently get away with it.

To their credit, Leeds City Council acted to try and bring the nuisance to an end, but those responsible were able to play the system by appealing to the Planning Inspectorate against both the Council’s refusal of planning permission and their issuing enforcement notices telling them to stop what they were doing. And the result was, and is, that it can take months for the Inspectorate to allocate a case and hold a hearing.

In a supposedly over-regulated society, it is astonishing that people can just ignore the need to get planning approval, knowing that they can carry on for about for a year or so until they lose their appeal. This simply isn’t acceptable, and I think we we need a better, faster system to stop the unscrupulous getting away with flouting the rules.

The seventy-fifth anniversary of D-Day, when the Allies landed on the beaches of Normandy, will be marked by commemorations in the first week of June in both England and France. For most of us this will be about history, but for a diminishing number of veterans and others, now in their nineties, it is a living memory. A memory of courage and sacrifice by soldiers and airmen of many countries. A memory of friends and comrades who never made it off those beaches as they began the battle to liberate Europe from the Nazis. And a memory for the people of Normandy of seeing those liberators coming across the Channel.

A few years ago on a family holiday to Normandy, we visited many of the sites of the battles and read about the stories.
The decision to go on the 6 June when RAF meteorologist Group Captain James Stagg told Eisenhower and Montgomery that on the 6th there would be a window in the uniquely bad summer weather affecting the Channel that summer.

The sight of Pegasus Bridge, taken and held by British paratroopers in the early hours of the day. The daunting cliffs at the Pointe du Hoc which the American Rangers had to scale under fierce fire. And the immaculately-tended cemeteries where British, American, French and German young men lie in row after row – an eternal reminder of what war once did to the continent of Europe.

We ended the day on the seafront in a town where the flags of all of the Allies who had fought were flying in the evening sun. As we stood there looking out across the Channel, an old man came along to take the flags down one by one, as he did every night. When he discovered that we were British, he invited us to lower the Union Jack. It was a lovely gesture of heartfelt appreciation and a reminder on behalf of the people of Normandy that the memory of what was done that day endures until this day. They remember, and that is why we should remember too.