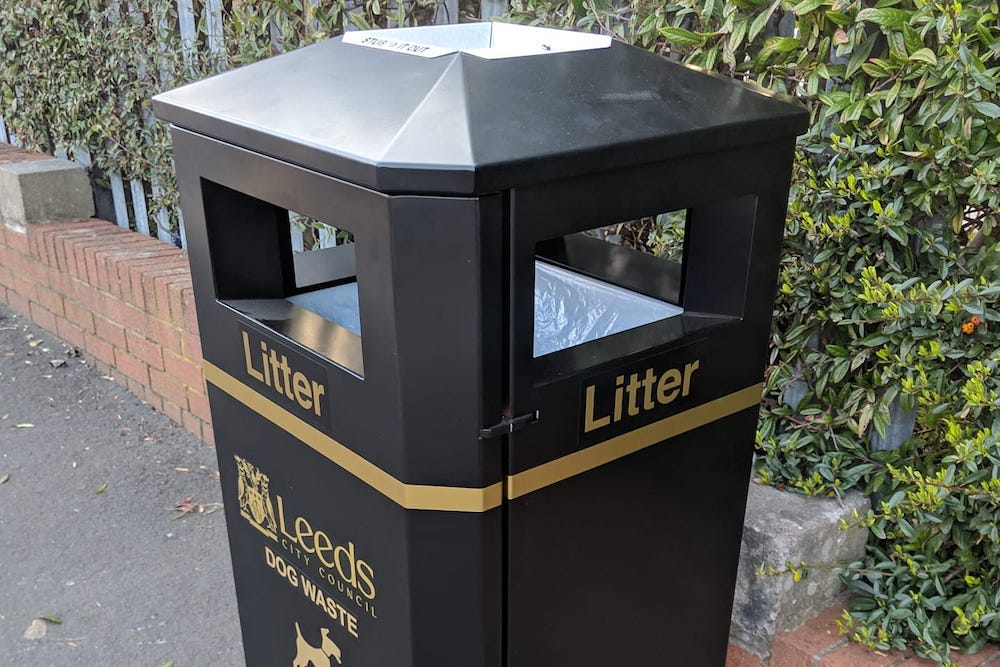 Following an increase in complaints about litter in Hunslet and Riverside Ward – which is believed to be partly driven by more people taking up walking to work and for local exercise during the pandemic – it has become apparent some segments of the local litter bin network are being used so heavily, that the weekly emptying of the litter bins is not enough to cope with the demand of litter being placed within them. This has become most apparent in the residential areas near to the industrial estates around Hunslet and Stourton (as well as other employment zones) due to people cutting though these areas on their way to and from work.

To address this, local Councillors have authorised a £15,000 purchase of new litter bins. The aim is to increase capacity in areas where the bins are being overfilled and to also expand the network to other areas of the ward to further reduce the need of time consuming manual litter picking elsewhere.

“It is great to see that when offered, most people do use litter bins to dispose of their waste – to the point that some of these bins are so heavily used, they can’t be emptied fast enough every week. This new batch of litter bins will help increase capacity for these high use areas and expand the network to new parts of the ward”.

Councillors are keen to have these bins in place to support the council’s street cleaning teams as soon as possible and to be in place before the Keep Britain Tidy “Great British Spring Clean” (GBSC) taking place in late May. Councillors have asked for the bins to be ordered now and they normally take six to eight weeks to be delivered.