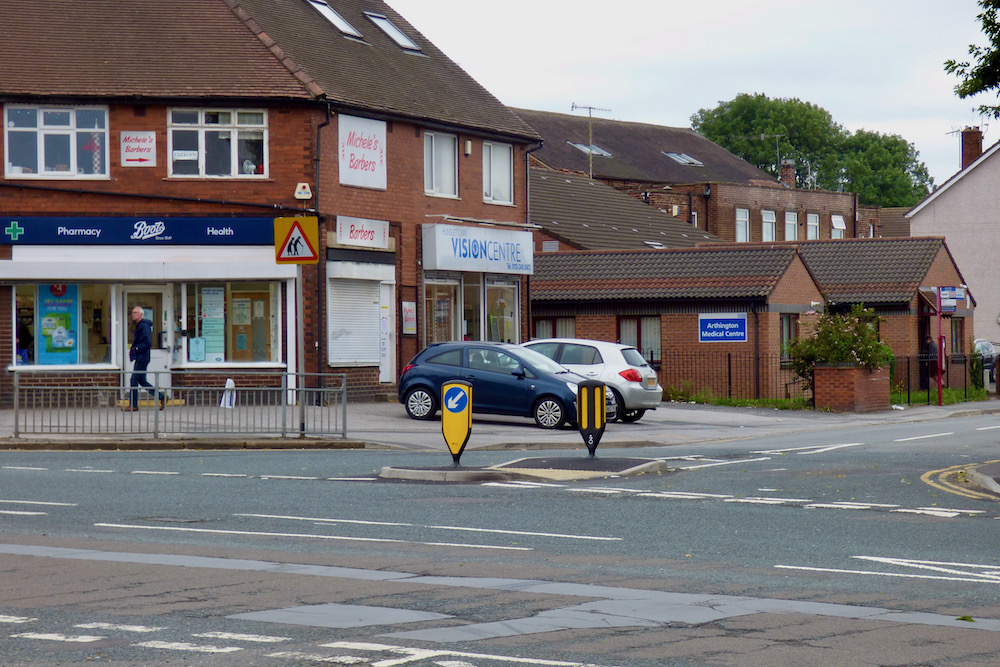 Hunslet and Riverside Ward Councillors have welcomed the completion of the new pedestrian refuge at the junction of Moor Road (LS10) and Balm Road/Belle Isle Road. The roadworks took around a week to complete and required a traffic diversion while work took place.

“Thank you to the local drivers who were inconvenienced during the roadworks to build this pedestrian refuge. But we are glad it has now been built to address the concerns of many residents who had contacted councillors to say they found crossing Moor Road at this point difficult and unsafe. The refuge will allow people to cross the road without rushing or waiting long periods for traffic to reduce to do so.”

Cllr Elizabeth Nash, Mohmmed Iqbal and Paul Wray have also confirmed a new traffic light will be installed on the Hunslet Carr Wheel side of the junction to improve driver visibility of light changes as they turn off Moor Road on to Belle Isle Road or Balm Road. They also confirmed repair requests had also been raised to fix the damaged railings on the Belle Isle/Balm Road traffic island.

The pedestrian refuge project cost £10,000 to build. This covered the cost of all the staffing, materials and required legal process. This pedestrian refuge follows on from other investments in the area to improve road safety over the last few years. These improvements include the installation of a nearby Speed Indicator Device, and the creation of a Zebra Crossing outside The Parnaby Tavern on Middleton Road.