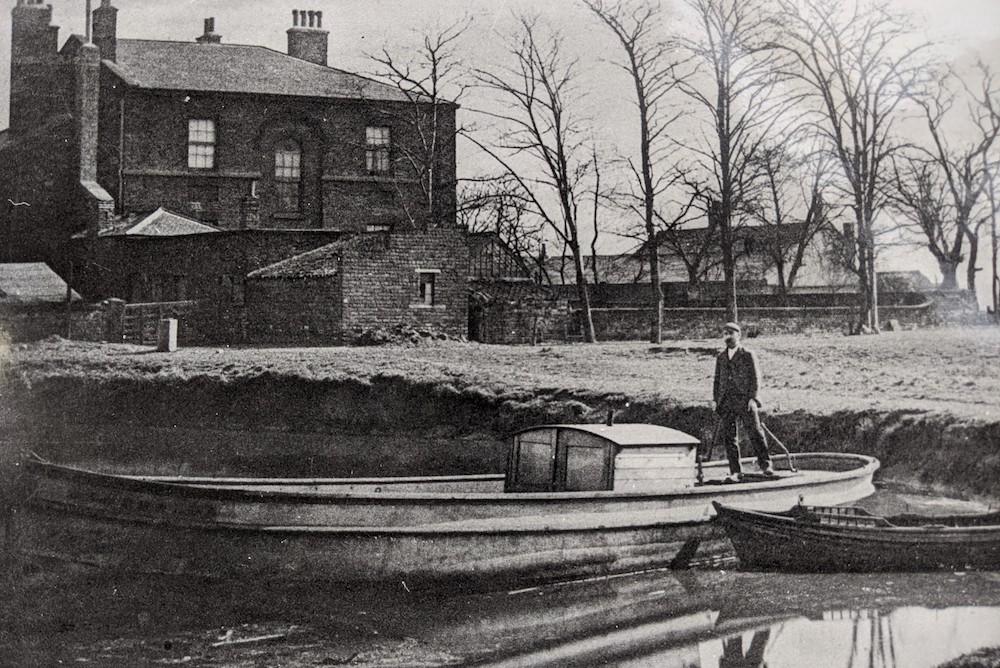 For centuries it helped swell the surging waters of British industry by harnessing the power of the River Aire.

From making oil that powered some of the world’s first locomotives to manufacturing putty that repaired London after The Blitz, Thwaite Watermill played an important part in Leeds becoming a powerhouse of production.

Today an online exhibition is taking a look back through hundreds of years of the site’s enthralling story as one of the country’s last remaining water mills marks 30 years as a museum.

Through a series of historic images and archive information, the Thwaite at 30 exhibition charts the story of the museum through the ages, looking at its evolution from a bustling industrial hub into modern day haven for wildlife and a popular wedding venue.

Built on an ideally-situated natural bend in the River Aire, Thwaite began life as fulling mill in 1641, where textiles were pounded in a mixture of human urine and Fuller’s earth to clean and mat them.

More than 180 years later, the original mill buildings were demolished and rebuilt at a cost of £15,678, the equivalent of almost £1.9 million today and a new mill, workshop, stables and workers’ cottages known as Dandy Row were constructed.

Over the next century-and-a-half, the mill passed through a number of different owners, churning out huge quantities of lighting and lubricating oils, textile dyes made from imported wood and chalk used in pharmaceuticals.

But it was the production of putty, shipped to London to repair windows shattered by air raids during The Blitz, where Thwaite really came into its own, and by 1950, the mill was producing 800 tonnes each year.

When the mill finally closed in 1976, a society of enthusiastic volunteers was formed to ensure it was saved from disrepair and, in 1990, it opened its doors to the public as a museum.

Today the site features an eco-friendly nature trail as well as hosting weddings and events and is also home to Milly, its resident feline and chief mouser, who has proved a huge hit with visitors.

“Thwaite has been part of the story of Leeds for centuries, undergoing many changes over the years as it adapted to suit the demands of British industry and the skills of the families who owned it, before being transformed into a visitor attraction.

“Today, we’re very proud to be celebrating 30 years a museum and to be giving our online visitors a chance to look back at how the mill has evolved. We hope the exhibition brings back memories and also shines a light on some of the lesser-known chapters in the mill’s fascinating history.”

The Thwaite at 30 exhibition can be viewed online now at: museumsandgalleries.leeds.gov.uk/virtual-visit/thawite-at-30-online-exhibition/

In line with government restrictions to prevent the spread of Covid-19, Leeds Museums and Galleries sites are currently closed to the public.

The future opening hours of the museum have been the subject of a recent consultation. Leeds City Council is aiming to save £70,000 per year by ending weekday opening to the general public during school holidays. It would mean the museum was only open to the public on Saturdays and Sundays 12-4pm. School visits would continue as present on weekdays in term time.

Leeds City Council is trying to close a £119 million funding gap in its budget for next year caused by expenditure related to the Covid pandemic and ongoing cuts to funding from central government.