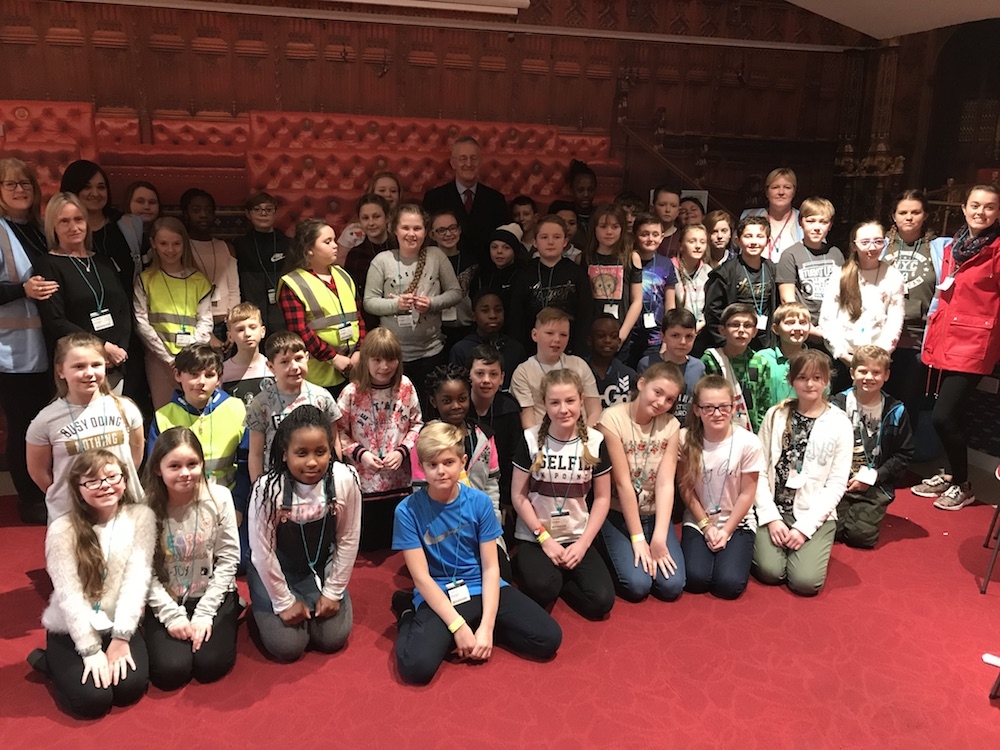 Pupils in Year 6 at Middleton St Mary’s Primary School had an exciting three day trip to London. Three of them have filed this report:

We went inside the Houses of Parliament and met our MP Hilary Benn.

We went to the Cambridge Theatre to watch Matilda. It was fantastic!

Our first stop was Madame Tussauds. We saw lots of popular people made out of wax such as Rhianna, Donald Trump and lots more. We were amazed by the 4D avengers movie. After about an hour we headed to our hostel which was right next to St Paul’s Cathedral. It was very unusual to hear the chimes all through the night!

Then we went to the Houses of Parliament. When we got in, we had our own private tour and met MP Hilary Benn. We asked lots of questions about what he’s going to do for our future and what things he is hoping to change in Leeds. We learnt lots about democracy and law making!

We saw a real life debate – it was quite interesting, although we were shocked when I saw some MPs on their phones!
After lunch, we left we went to the Imperial War Museum. When we got inside we were given a tour around some of the museum and also heard some true stories about a Lancashire bomber. It was amazing! When we went through the museum we saw lots off cool exhibits. We saw fighter jets, bombs, tanks and much more.

We had had a fun and busy day, but it was about to get even better! It was time for our big night out … Matilda!!
Matilda was a hilarious night full of giggles and laughter. We got a brilliant view. Whilst we were waiting for the show to begin, we began to notice some words muddled up in the backdrop – it was so cool! We knew when the show started when the room went dark and silent and the stage lights lit up the room.

Then a groovy song blasted out called ‘Miracle’. Ohhh how the show made us laugh… plus all of the adults were laughing too so it was suitable for all ages. As the show went on it got better and better. What an amazing day! As soon as our heads hit the pillow, we all were fast asleep in our rooms.

On Friday morning, we all woke up tired but raring to go! Today’s visit was to the Science Museum. When we all got there, our jaws dropped with amazement.

There was everything displayed: from inventions, to history elements, to art. We had never seen anything like it! At the end of our time at the museum we all wanted to see what was in the gift shops to find out what interesting things were there.

After an exciting three days, we finally got onto the coach for the 6 hour journey home! Our parents were so pleased to see us after 3 days! We all missed home but we loved our visit to London. We will never forget it!

Postscript. The school then received this message:

“Last week I was at the theatre in London, sitting in front of a school party from St Mary’s. What a delightful group of children who were enjoying a visit which was taking in museums and parliament as well as Matilda.

“They were so well behaved and a real credit to their school. What an undertaking for your staff. I admire their stamina as well as the way they had everything under control but in such a relaxed way.

“I just thought you would like to know what great ambassadors they were and to congratulate you all.”

This post was written by by Hollie, Tarrin and Zuzannan using our Create an article for South Leeds Life page.