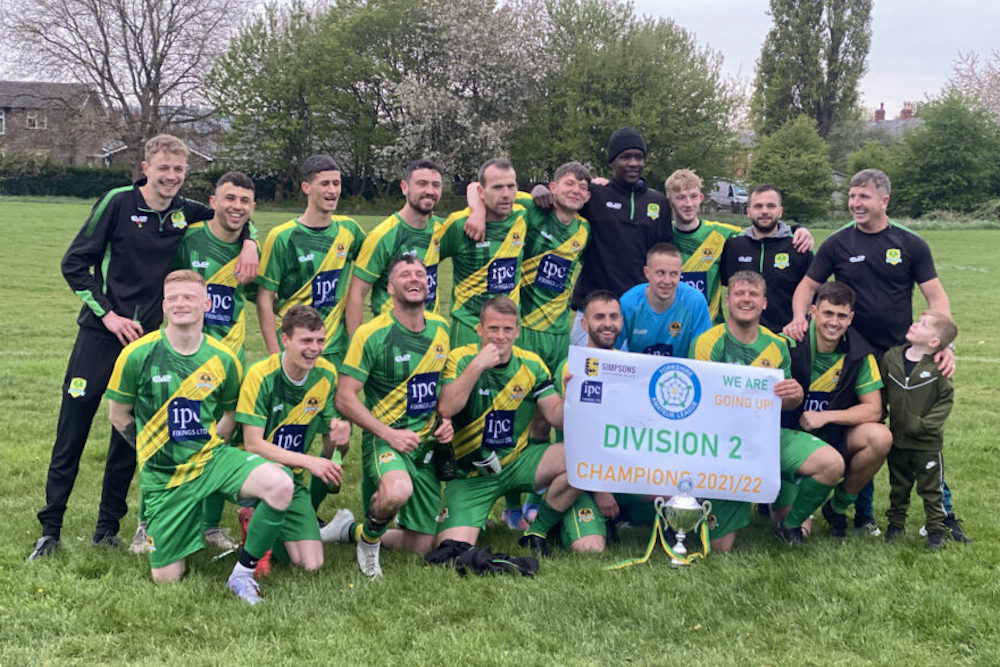 Middleton FC Reserves were crowned Champions of the Yorkshire Amateur League Division 2 on Wednesday night after a 3-1 win.

The Reserves debut season has ended in style after a 3-1 win at Norristhorpe. Goals from Man of the Match Liam Bentley, Bradley Noble and Danny Dickinson cemented the top spot. The team scored 19 straight League wins after an opening day defeat. Manager Brodhi Wilkinson was delighted to see his side promoted after a dream first year at Middleton after moving on from Stanningley Old Boys in the summer.

This league win adds to the success of the football club after the First Team’s fantastic Leeds & District Senior Challenge Cup triumph.