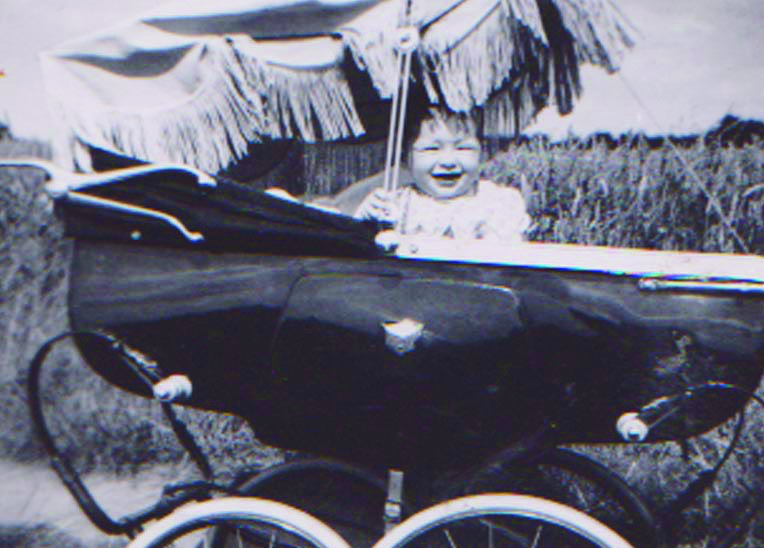 Whoever it was who said “there’s no such thing as a free lunch” was definitely wrong one afternoon in Middleton way back in the early 1950s.

I was only small and mum pushed me in my posh Silver Cross pram (British racing green colour with a silver crest on the sides) to the shops at Middleton Circus at the top of Middleton Park Avenue. Our dog Prince, a German Shepherd,came too. Mum went into the shop (Maypole or Meadows?) which was a butchers on one side and a grocers on the other and joined the butchers queue keeping a close eye on me outside. Prince was my guard dog hitched to the pram by his choker chain.

Unfortunately, the sight of all the meat in the shop window became too tempting and Prince slipped his chain and bounded into the shop, thrust his head into the window and pinching a joint of meat was off like a bullet in the direction of the park.

Mum immediately dashed out after him grabbing my pram handle and gave chase running across Middleton Park Road, bumping over the tram tracks (good job the pram was coach built and had good suspension) to the grass near the Middleton Arms.

Prince was proudly sat with his prize between his front paws and his tail thumping vigorously on the ground. Without hesitating mum scooped the joint of beef (dad’s favourite) into her shopping bag and walked briskly home towards Town Street.

After a good rinse in the sink the meat was soon sizzling away in the oven and dad came home from work to an unexpected mid-week roast.

Prince had his fair share too but of course mum had to find somewhere else to shop!

This post was written by Hazel Mulroy and first appeared on the Middleton Life blog.