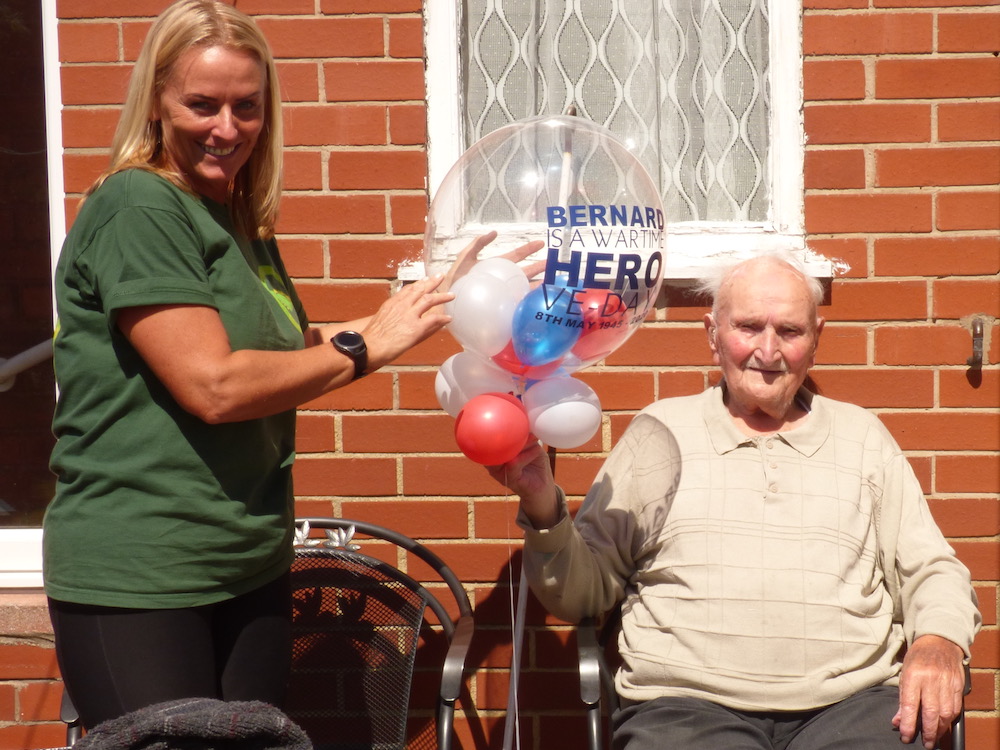 Bernard Richardson celebrated the VE Day bank holiday yesterday (8 May 2020) with fish and chips, a treat he hadn’t had for weeks due to the current lockdown.

Sam Ely from Middleton Elderly Aid delivered a personalised balloon donated by Sense of Occasion party shop in Beeston, together with a generous slice of carrot cake.

75 years ago Bernard was partying on the streets of London with his comrades.

“Don’t ask me about the day after VE Day, I don’t remember it!” he said. “My unit was stationed in High Wycombe just north of London and we decided to go into London and see what was happening.”

Bernard joined up at the start of the war in 1939. When he was told he couldn’t join the RAF, he settled for the Royal Artillery and soon headed for France.

In May 1940 Bernard was part of the rearguard that defended the men on the beaches at Dunkirk. His actions saved many lives. He also saw action at La Pallice and Saint Nazaire as more allied soldiers were evacuated through the ports of Brittany in the following weeks.

In 2016 Bernard was awarded France’s highest honour the Legion d’Honneur, at a ceremony at the Yorkshire Air Museum.

Back in Britain he was married in 1941. After the war Bernard worked in the NHS from its creation in 1948 – a hero twice over. He will celebrate his 102nd birthday in October.