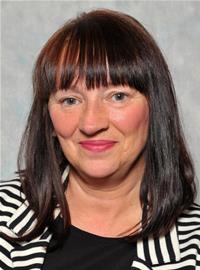 The newspaper had submitted a request under the Freedom of Information Act (FOI) about councillors not paying their Council Tax. The Council had initially refused to provide the information, even after the YEP appealed successfully to the Information Commissioner, but have now decided to reveal the full information.

“In regards to the fourth member, Councillor Kim Groves, she moved house and whilst in the process of this move, a summons was issued for non-payment of a single instalment of council tax due at her new address. Once we were made aware that she had a credit of a similar amount for her old address the credit was offset against the amount owed and the summons and costs were again cancelled.

“We would like to assure members of the public that in assessing any requests that are made through FOI the council will always endeavour to ensure they are responded to in an open and transparent way and fully by the criteria set out by the Information Commissioner’s Office.

“Sometimes we don’t get things right and we need to acknowledge that, apologise, and make sure we learn from it.  That’s what we are doing today.”

2015/16: Arrears outstanding at the time of the summons (based on “instalment plan” on last bill issued): £157:02. Value of summons £157:02 (plus £70 costs): summons & costs subsequently withdrawn following contact from Member which identified a significant credit at her former address which was used to offset the charge at her new address. This credit was for £122.12 and left an amount outstanding of £34.90 which was settled immediately once this was known.  Had we known about the two accounts that needed to be linked a summons for £157.02 would not have been issued.  Whilst an initial council tax bill and reminder were sent, Cllr Groves also experienced problems with postal delivery for her new address meaning she was not alerted to this issue until the summons was received. Prior to the change of address there has never been any council tax arrears owing whatsoever by the Member concerned.

Cllr Groves was quoted in the Yorkshire Evening Post saying:

“This was an administrative blip on a previously unblemished account going back over 20 years. The Council Tax office tell me if not for the admin error no summons would have been raised.”

It is the role of the press to ask difficult questions and hold those in public office to account so Yorkshire Evening Post was right to ask for the information. It is understandable that Leeds City Council refused to provide it in regards to Cllr Kim Groves as there is no public interest in administrative mistakes that are corrected quickly. However in hiding the information they helped create a story that wasn’t really there.

In our experience Kim Groves is a hard working and diligent councillor. We feel that in this case she has done nothing wrong and has nothing to answer for.

5 Replies to “Middleton councillor caught up in Council Tax controversy”