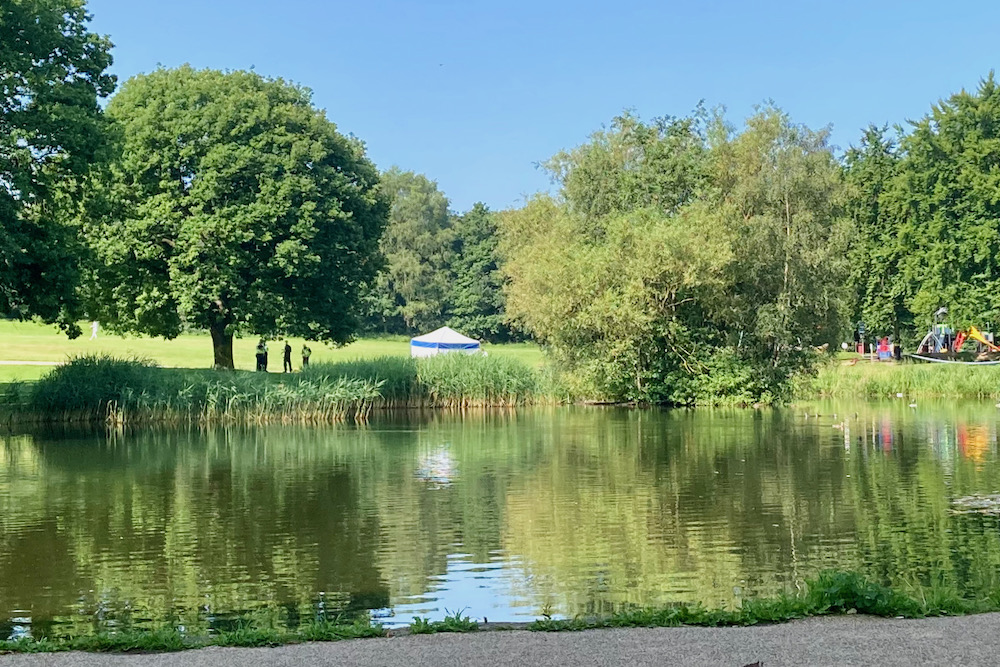 A elderley man has been found dead in the lake at Middleton Park this morning (19 July 2021).

“At 7.42am, police received a report of a body in the lake in Middleton Park in Leeds.

“Emergency services attended and the body of a man was removed from the water and confirmed as deceased. He was subsequently identified as a local man aged in his seventies.

“There are no suspicious circumstances and the Coroner’s Office has been informed.”

South Leeds Life understands the body was fully clothed and that this wasn’t am open water swimming accident. Residents are advised not to swim in open water, however tempting it is in this hot spell. There is a danger of death from the cold water, hidden depths and underwater currents.

Photo: The scene this morning as investigations continue