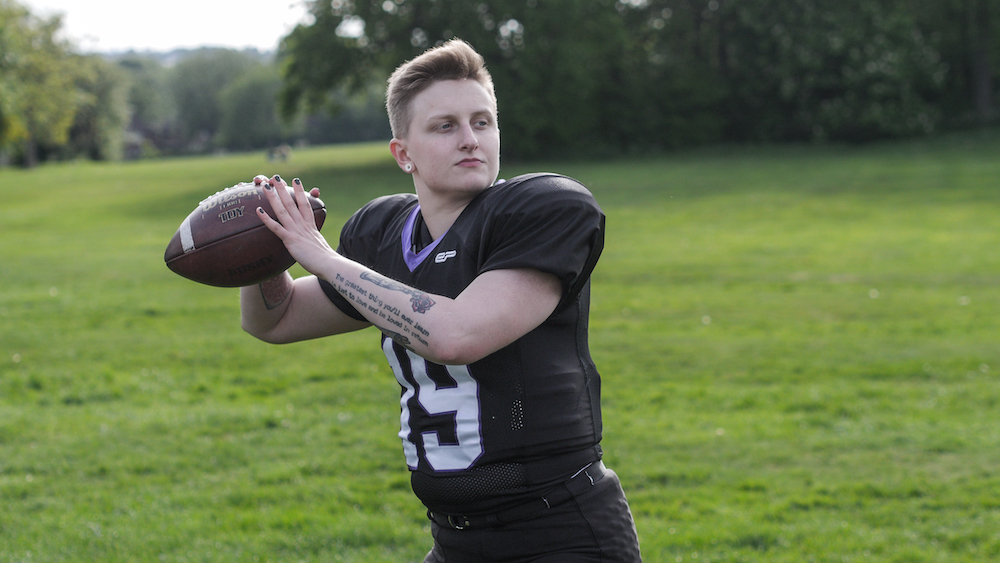 With an international championship of American Football to be hosted at the John Charles Centre for Sport next month, local lass Elizabeth ‘Lil’ Bush has won a place in the Great Britain team.

I reported previously Quarterback Elizabeth Bush (Lil) who at the time was playing for the Yorkshire Rams was aspiring to become a part of the GB Lions Women’s Contact Squad and she has succeeded!

Ploughing through an intense and competitive selection process against over 150 other players, Lil has secured her spot in the team and is now following a rigorous schedule designed to push her mentally and physically to be on top of her game, despite this pressure however Lil is a rising star.

The team is complimented by a variety of women from different teams (Lil plays for Leeds Carnegie Chargers) and geographical locations, each passionate about the sport and determined to play well. Usually a male dominated sport, Lil is now playing at a high level surrounded by other players both rookies and veterans who all bring different perspectives and passion to the sport. Lil told us that the sport is such a unique one with a great community of people all aspiring to perform and succeed while building up and empowering one another.

The IFAF Women’s European Championships will take place at John Charles Centre for Sport from 12-17 August 2019 featuring teams from far and wide including Finland and Austria. Team GB will be relative newcomers to the tournament but we are sure this will be a brilliant tournament allowing these women to show their skills and ability as players and boosting the profile of this increasingly diverse sport.