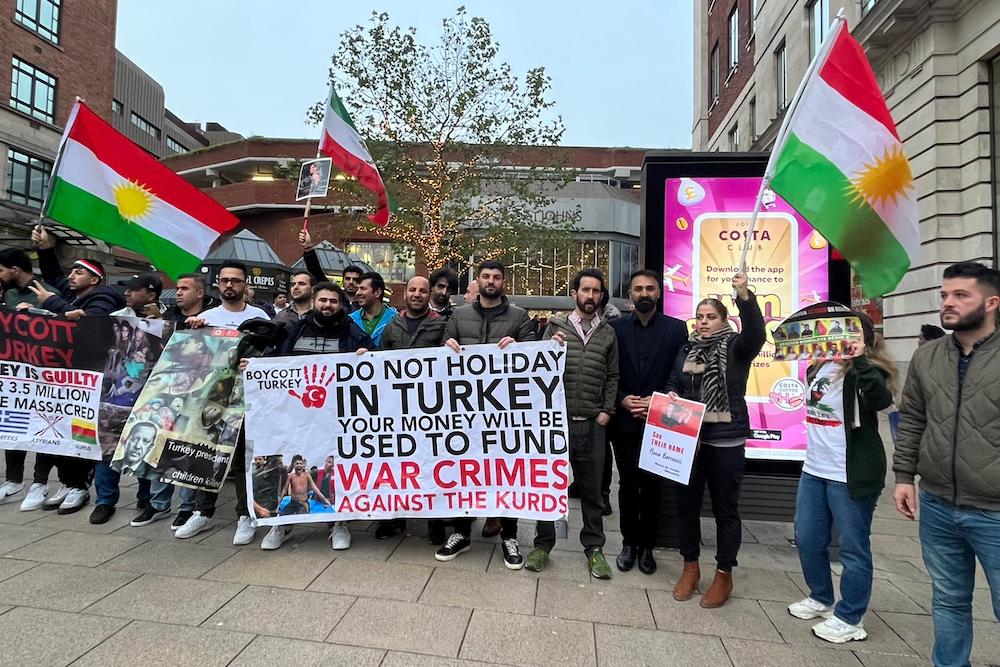 Local members of the Kurdish House community association – most well-known for their valiant litter-picking around South Leeds – recently co-led a demonstration shining a light on injustices their people are facing in the Middle East, and calling for change.

The protest focused partly on the recent death of Kurdish woman Mahsa Amini, who was in police custody in Iran for failing to wear a headscarf correctly. Her death has sparked outcry across Iran, which in turn led to government violence against protesters, and dozens more deaths – and around the world. 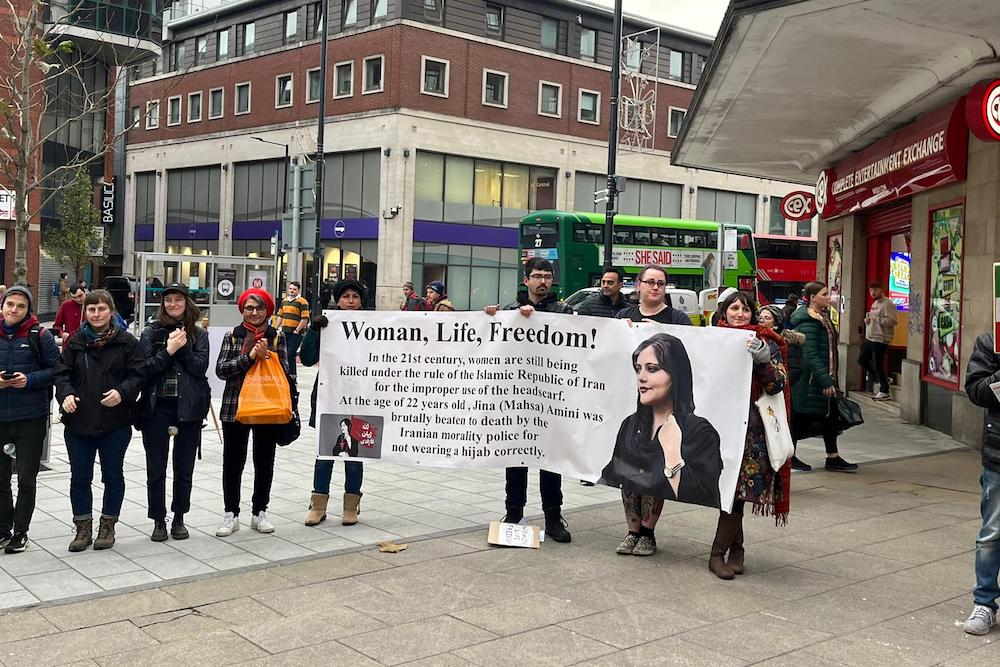 The Leeds demonstration also shone a light on the oppression of the Kurdish minority within Turkey and Syria, who are facing military action on a daily basis from the Turkish armed forces, with hundreds killed and thousands arrested in the past weeks.

“What’s happening is so sad and upsetting, but it’s nothing new: our people have been attacked and oppressed repeatedly over the past century. We really appreciate the safety and solidarity we’ve found here in Britain, and want people to know what’s going on there, and for the UK government to do all they can to stop the suffering.”

“It’s an honour to stand with my Kurdish friends today, but heart-breaking to see the violence and oppression they’re facing in their homeland. We’re lucky to have them here in Leeds, they’re making such an impact in our city, and we need to stand with them calling for justice and freedom for their people globally.”

The Kurdish are an ancient Middle Eastern people whose territories are split between Turkey, Iraq, Iran, and Syria. They have faced and continue to face considerable harassment or oppression as a minority in those countries, through the centuries – but in recent years won considerable plaudits for tackling ISIS (Daesh) in the Syrian war, and have been granted some autonomy in Iraq and Syria. There are an estimated 40 million Kurds worldwide, with about 50,000 in the UK.