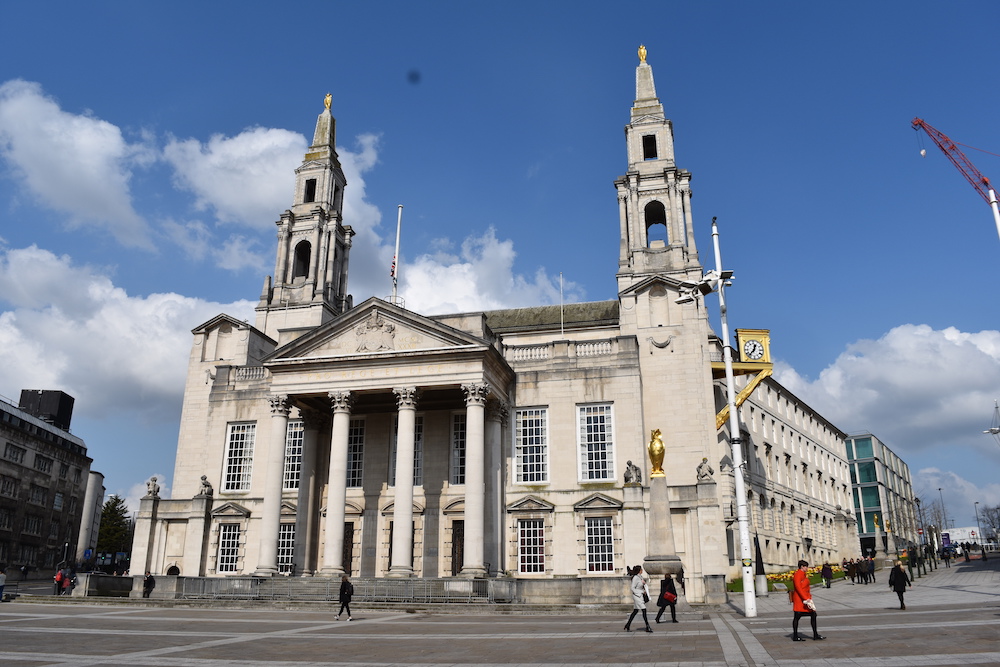 The Leader of Leeds City Council has called for “fundamental changes” as to how councils are funded after announcing budget proposals which require the delivery of £69.8million savings in the next financial year.

Council Leader Councillor James Lewis made the comments as the details of the proposed budget for 2023/24 were published ahead of next week’s executive board meeting at Civic Hall on Wednesday 14 December 2022 where they will be discussed by senior councillors.

The proposals include increasing general council tax by 2.99 per cent, with an additional two per cent of that earmarked for tackling adult social care costs as put forward by the government in its Autumn Statement last month.

Separately, in respect of council housing, the proposals include a seven per cent increase in housing rents, and £3.14 per tenant per week increase in service charges specifically for tenants in multi-storey flats and low/medium-rise flats where they receive additional services such as cleaning of communal areas, lift maintenance, staircase heating and lighting, and CCTV. This increase mainly reflects rising energy costs.

Rising energy costs, high levels of inflation and increasing costs and demand for services especially in children’s services and for adult social care, along with a nationally-agreed pay increase for staff have contributed to a shortfall of £69.8million, needing savings by the council to balance its budget next year.

“The system of how councils are funded needs a fundamental change as it is simply not realistic or sustainable for councils like ours to keep finding significant savings year on year to deliver a balanced budget while continuing to provide vital services especially to support our most vulnerable residents.

“Despite recent initial moves towards devolving funding and decision-making from Whitehall to regions, our national economy remains one of the most centralised in the world. Government funding for councils is worked out using outdated formulas rather than considering need, across all areas including health funding, housing, council tax, business rates, education and social care.

“The current business rates system is a good example of not being fit for purpose, as Leeds is the only northern core city which has to send tax resources back to the Treasury. A Fair Funding Review was announced by the government back in 2016, and we need an update as to when its findings will be implemented to move to more of a needs-based system. Such a change would much more fairly reflect and support the needs of a modern, diverse city and culture such as we have here in Leeds.

“We have seen core government funding for Leeds reduced by approximately £263million for each year between 2011 and 2023 yet the need for services remains high. Twelve years into the national government’s austerity agenda we are having to look at steps to keep the council budget balances that we have not taken already over this period. We will review a number of the council’s Little Owls nurseries and also increase the number of parks and attractions where we charge for car parking.

“As our communities and city are still recovering from the impact of the pandemic and are now also dealing with the impact of a cost of living crisis too, we know people are really struggling. Despite needing to make more incredibly difficult decisions next year, we remain fully committed to doing everything we can to continue to help people, and especially to care for the most vulnerable members of our communities in the challenging year ahead.”

Leeds City Council was formally praised last month for how it operates following a peer-to-peer review carried out by the Local Government Association. Among its findings the review recognised the council’s finances for being well-managed, while the collaborative ‘Team Leeds’ approach as part of the Best City ambition was also highlighted as a strength.

Of the £69.8m shortfall identified, £11.3million savings have already been agreed by the executive board in October. Further savings proposals being put forward to the December meeting would realise another £42.6million if they are approved. Through these savings, along with the announcement of additional resources in November’s Autumn Statement, the review of council tax and business rates and use of the council’s strategic contingency reserve, a balanced budget for 2023/24 will be proposed.

As with previous years, all areas of the council continue to look for new ways of working to deliver services as efficiently as possible in the face of the ongoing financial challenge. This work is underpinned by a continued commitment to tackling poverty and inequality and improving the quality of life for everyone in Leeds through a focus on three pillars of inclusive growth, health and wellbeing and zero carbon.

The savings proposals being put forward for 2023/24 include reviewing areas of children’s services to contribute to safely reducing the need for children to become looked after and a review of children’s centres. A review will also be undertaken as to the future of some of the Little Owls nurseries in the city as the service currently runs at a considerable loss.

Proposals will also be put forward for more automation and dimming of streetlights when traffic flows are lower, the introduction of parking charges at some parks and attractions in the city and having no annual council bonfires or fireworks displays.

The council has also agreed to work with the West Yorkshire Combined Authority and partner authorities to undertake an inflation review to understand the implications of significant cost pressures that are currently being experienced on transport projects, which could result in some projects being paused.

The council is also expecting to need to make further savings in 2024/25 and 2025/26, although those figures are likely to change significantly due to the ongoing volatility in the national and global economies.

In terms of council staffing levels, the 2023/24 budget proposals include a net reduction of 44.4 full-time equivalent (FTE) post. The council remains committed to doing everything it can to avoid, reduce and mitigate compulsory redundancies through voluntary measures such as natural turnover, flexible working, reviewing and reducing agency and overtime spend and continuing the positive consultation and joint working with trade unions.

Overall, the council has reduced in size by 2,812 FTE posts (3,717 headcount) between 2011 and October 2022. It continues to be a Real Living Wage employer, with the basic wage level increasing to £10.90 per hour, remaining above the National Living Wage which rises to £10.42 per hour in April. The proposed budget also provides for paying the Real Living Wage on commissioned services within Adult Social Care. The nationally-agreed pay award for council staff equates to a 10.5 per cent rise for the lowest paid staff.

The figures in the 2023/24 budget proposals will be finalised following the government’s provisional local government settlement, which is expected later this month.

Following the discussion of the budget at the executive board meeting next week, the proposals will go out to consultation via a four-week online survey, as well as stakeholder engagement including with councillors, unions, business representatives and third sector groups.

The final budget proposals will then be presented to the executive board on 8 February 2023 before being debated and voted on at the full council meeting on 22 February.