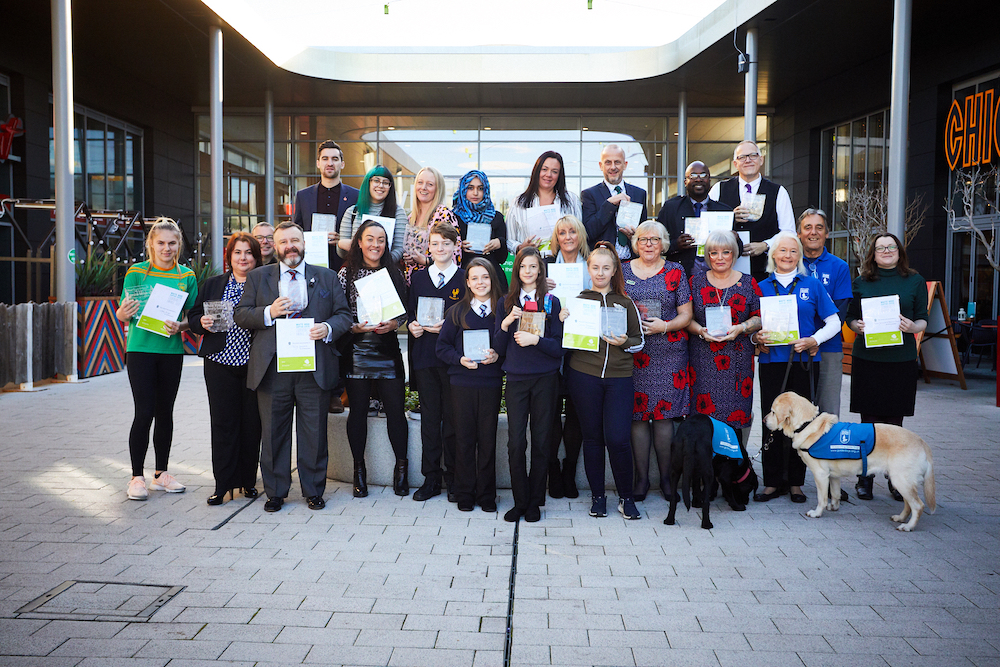 On Thursday (18 October 2018) I attended the community awards ceremony hosted by the White Rose Shopping Centre. It was held in the luxourious surrounds of the Cineworld Cinema.

It was a very enjoyable day and there were so many awards. From former Lord Mayors to the Cockburn High School pupils who actually designed and made the trophies for the winners.

Abby Briggs, a local amateur boxer who was this year selected to be part of the England Boxing team competing in the European Championships in Bulgaria – coming home with a silver medal at the age of 12

Tom Byrne, Sustainability Manager at Landsec, who has spearheaded a number of green initiatives including the installation of 2,902 solar panels at White Rose – reducing the centre’s energy consumption by 22%

It was indeed a very interesting day and the cream on the top of the cake was that our own Jeremy Morton was given an award for his services to the people of South Leeds. I am sure we would all agree he thoroughly deserves it. So congratulations Jeremy and keep up the good work.

Each winner has been gifted with a handcrafted glass trophy, created by the Glassroom at Cockburn School, featuring a design created by three students: Hayden Hollis, Alesha Webster, and Alisa-Mai Robson. The design was inspired by the new outdoor play area at White Rose, which was opened this summer.

“Our annual awards aim to shine a light on those working tirelessly – and often quietly – to improve the lives of those living in South Leeds and beyond.

“We’re honoured to be able to highlight the incredible work being done in our city, and are inspired by the aspirations of our winners.”

The White Rose Shopping Centre Community Awards are held annually and celebrate those who do outstanding work to benefit the local community, or who have shown courage in adverse circumstances.