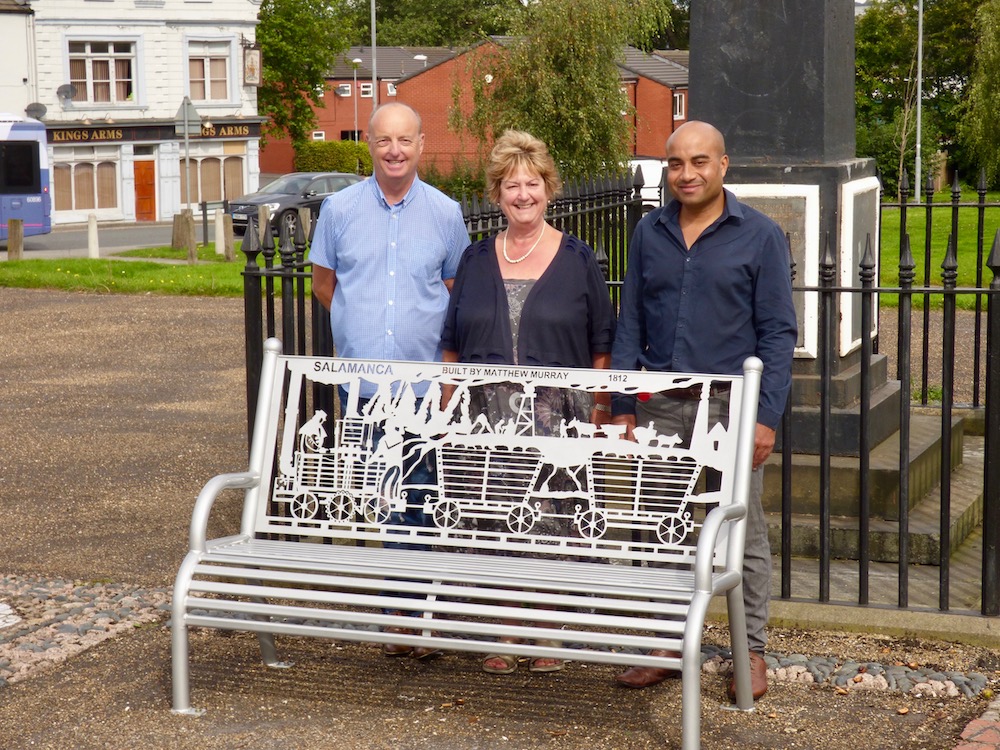 Matthew Murray High School is now no more than some ghostly marks on a field, and Murray’s name is in danger of disappearing too.

Did you know why the school was named after him? Here’s a reminder about the man and a call to support an idea to give him the recognition he deserves.

Murray, born in north-east England in 1765, trained as an engineer. In 1789, he walked to Leeds in search of opportunities. At the time, local man John Marshall was trying to improve the efficiency of flax spinning and Murray was just the man he needed.

Soon, Marshall was able to establish a new business in Holbeck and invest in a Boulton and Watt steam engine. With Murray as his right-hand man, the engine ran even more smoothly than when it left the Birmingham factory where it was made. The pace of production speeded up. Leeds became the flax spinning capital of the country.

By 1795, Murray was confident enough to set up his own engineering works next door on a site still known as the Round Foundry.

His greatest claim to fame is that he was the engineer who created the very first locomotive in 1812 – a dozen years ahead of the Stockton to Darlington railway. Murray’s engine ‘Salamanca’ enabled coal from Middleton to be brought into town much more efficiently than when horses had pulled carts on the old wagon way. Cheaper coal was an important boost to the early industries of Leeds.

Matt Edgar did good work in publishing the story of Murray’s sparring with rival firm, Boulton and Watt. Edgar is not alone in wondering why it is, though, that instead of having a statue of Murray in City Square we have the admittedly great Scot, James Watt.

Salamanca was only a little engine for a colliery railway running just 4 miles. Murray went on to build many more steam engines as well as loads of metal components for a wide range of industries. Mechanics who trained with him went off to work in other firms or created their own engineering businesses, especially in Hunslet, where thousands of locomotives were made over 160 years. His title as ‘the father of Leeds engineering’ was richly deserved.

Murray himself died in 1826 and his only memorials are a plaque in near the Midnight Bell on Water Lane and a monument in Holbeck churchyard.

What if we had a work of art installed in a prominent Leeds location to celebrate Murray’s role in engineering? Rather than a typical statue of a tubby little nineteenth century man, surely it would be more fitting for artists and engineers of 21st century Leeds to come together to design a novel and dramatic moving art work?

I’m not suggesting melting down James Watt to make such a spectacle, but by 2026, Murray could be honoured by an unusual creation that’s especially appealing to children and fires their imaginations. Maybe someone who sees it will become a great designer of the future?

Matthew Murray is featured in ‘Leeds: Cradle of Innovation’ (2018). I take walking tours of the cradle of innovation in Holbeck and Hunslet during which I touch on the contributions of a couple of dozen Leeds innovators and sing Murray’s praises.
You can come on one of my scheduled tours or request a special tour for family and friends. Contact me at Leeds City Walking Tours. Email: leedscitywalkingtours@gmail.com