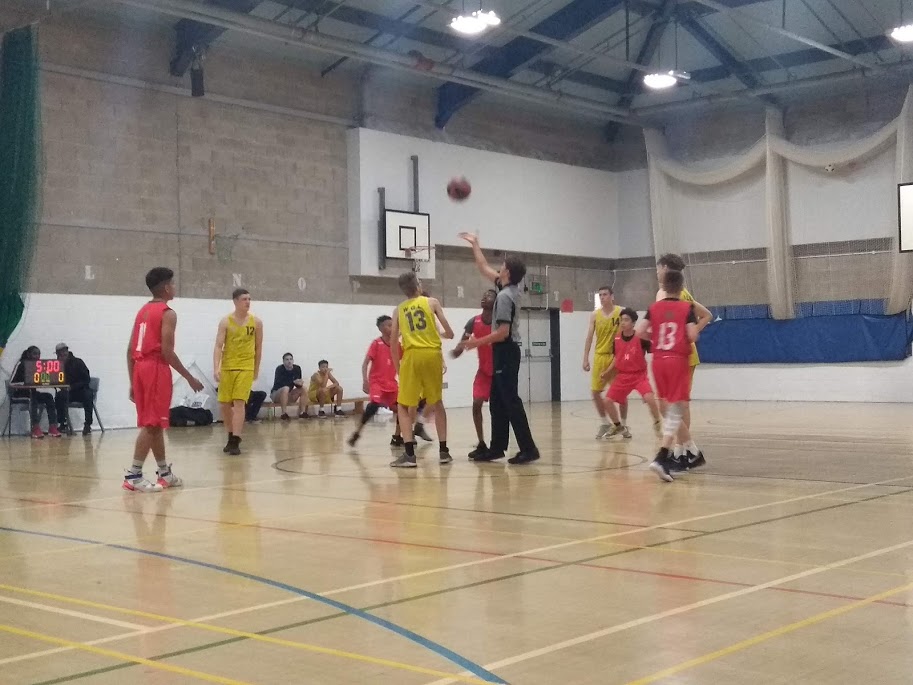 Newly-formed basketball team Leeds LDM cruised to a 69-36 win against Barnsley Leaders on Saturday (17 August 2019) in their first match in South Leeds.

Made up of players from the Mandelas Jrs of Chapeltown and South Leeds side Beeston Ballers, Leeds LDM’s U16s led from start to finish in their game at Cockburn School against a team that they will face in the third tier of the Junior National Basketball League.

After an even start to proceedings, Leeds raced into a 38-13 lead by half-time thanks in large part to centre Frederick Amponsah, who racked up 31 points, 22 rebounds and nine steals as well as leading in steals and blocks in a dominant performance at both ends of the court.

A collective defensive effort from Leeds forced Barnsley into conceding possession and turnovers too frequently as their attack lacked cohesion.

Sam Nixon was among the main beneficiaries, with his aggressive dribbling and lay-ups earning him 22 points by the game’s end, and he put the icing on the cake with the game’s only three-pointer right on the buzzer.

While acknowledging that missed lay-ups was a possible area of improvement, coach Will Hopper commended the progress of the team.

“We’re starting the league in a couple of weeks’ time, so the more wins we get the more momentum we build,” he said after the game.

“In the first pre-season game we played a team that was a lot better, but heads dropped a little bit. Today, we played throughout the whole game, everybody knew what they were doing. We played with intensity and that’s a testament to the players, the fact that they listened and took that advice on board and put it into practice.”