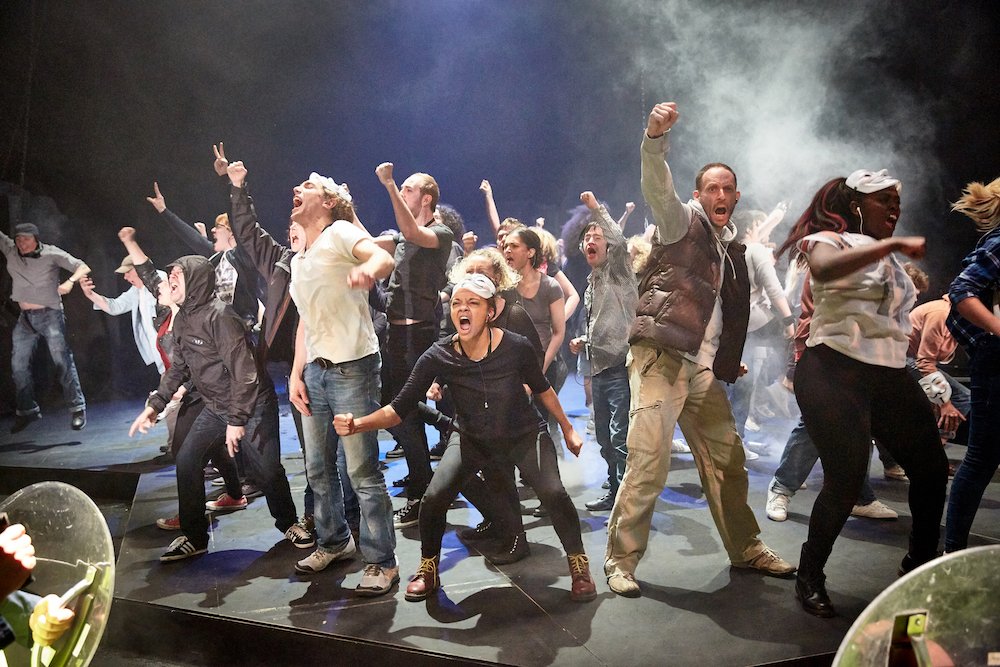 Slung Low are making a People’s Theatre short film – and they want you to be in it!

The Good Book is set in Holbeck in the near future when the country has been divided by political extremism and is bubbling on the edge of civil war.

The short film will feature a cast of over 100 people from Leeds and a handful of invited performers from outside the city. The film will be designed by Olivier Award-Winning designer David Farley and television, film and theatre composer Heather Fenoughty will also be involved.

No previous acting experience is necessary, but you must be over 18. The company are looking for people who can commit their time, be on time and work hard. The rehearsal and filming schedule will be short and fast, but the experience and the opportunity promises to be a rewarding one.

“The opportunity to make one of our large scale pieces in Leeds is really exciting. The combination of citizen performers and professional artists has been at the heart of all our major work throughout the country and the chance, with Leeds 2023, to build this project here, in our home city, is thrilling. If you tell a story with the people of a place, set in that place something potentially brilliant happens and we’re looking forward to welcoming the people of Leeds to make The Good Book with us.”

Hear what community cast members of a previous production, Flood, thought of the experience:

The short film will be made by award-winning film-maker Brett Chapman. Earlier this year Brett worked with the Leeds Theatre company on a short film about their move to their new home the Holbeck in South Leeds. The short film – Standing in the Rain – Slung Low & The Holbeck featured this month in the Yorkshire Short Film Competition at the Leeds International Film Festival.

Founded in 2000, Slung Low is an award-winning theatre company specialising in making epic productions in non-theatre spaces, often with large community performance companies at their heart. The company are based at The Holbeck club, Jenkinson Lawn, LS11 9QX.

For further information visit www.slunglow.org/shortfilm, call (0113) 226 0808 or visit The Holbeck.

Photo: The Community Chorus in Camelot at Sheffield Theatres by Mark Douet