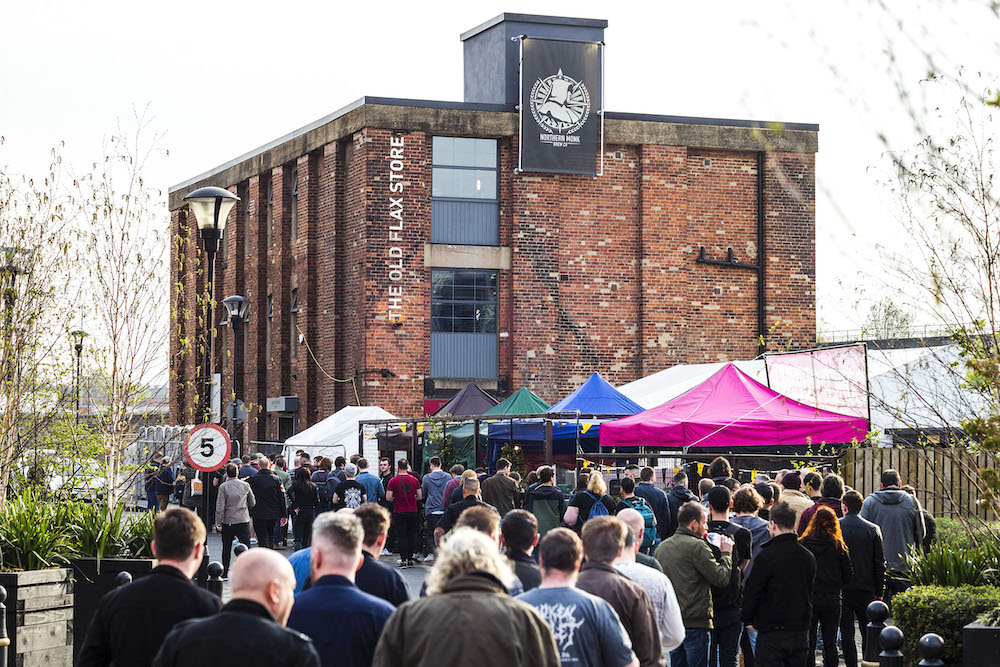 This Fiday and Saturday (22 & 23 November 2019) Northern Monk are hosting their Dark & Wild City beer festival at their Holbeck home, The Old Flax Store. The weekend will host over 30 breweries, plus live music and a roster of local food vendors.

Northern Monk’s Dark City beer festival is renowned for bringing together breweries from across the world in celebration of the varied styles of dark beer. This year, Northern Monk is changing it up. As well as showcasing the very best in stouts, porters and all things dark, they’re adding a whole new level to this year’s Dark City festival and bringing some of the finest wild and sour ales to the Old Flax Store.

Including Northern Monk themselves, a total of 34 breweries will be pouring their beer at the Grade II listed mill, this is the highest number of breweries that have ever poured at a Northern Monk beer festival. Three festival sessions will be running over the course of Friday and Saturday.

The attending breweries are as follows:

“This year’s Dark & Wild City is going to bring something completely unique to the table. Since 2017, the festival has focused solely on dark beer. Introducing wild and sour beer into the festival format ensures that it’s as accessible as possible, as we bring together two of our favourite beer styles for one big party at the Old Flax Store. We’re looking forward to seeing you there.”

Session times are as follows:

Tickets cost £49 per session. This includes admission fee, a limited-edition festival glass and access to the beers allocated to each session. Both Saturday sessions are sold out, however there’s a limited amount still available for Friday. Tickets are available to buy via darkandwild.city.

The event is being sponsored by Kegstar, SSV and FYI.