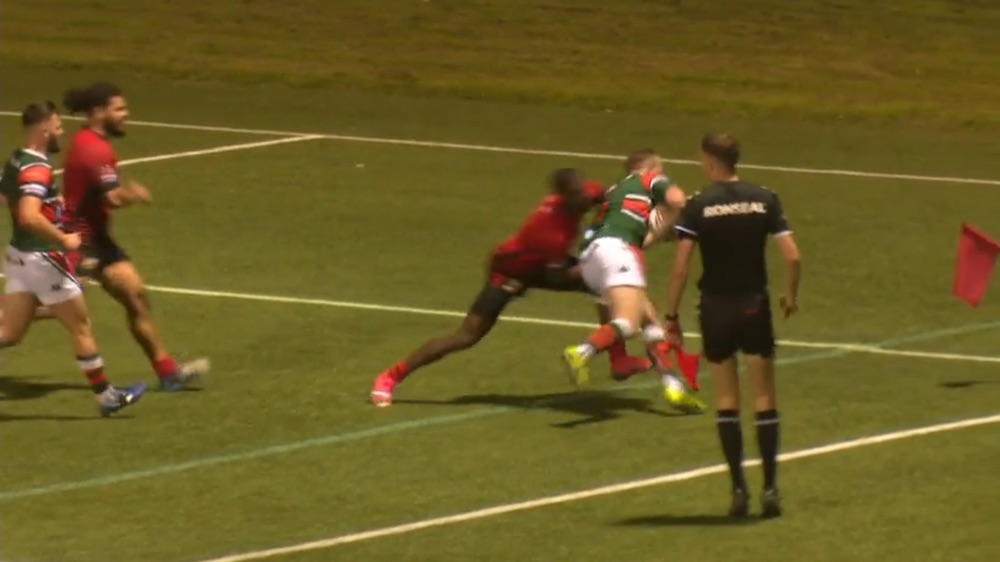 Hunslet RLFC‘s push for the playoffs remains on course after they edged past London Skolars last night (23 August 2019) under the lights at New River Stadium.

Kick off was delayed with the Hunslet coach stuck in bank holiday traffic, but it didn’t seem to faze the visitors as they were first onto the scoreboard when Vila Halafihi went over from dummy half after 9 minutes. Joe Sanderson added the extras for a 0-6 lead.

The Skolars hit back with three tries in ten minutes, all down the left hand flank. Liam Scott, Jerome Yates and Jordan Williams all scored. Neil Thorman converted two of the tries and then kicked a penalty to take London’s lead to 18-6 after 24 minutes.

Then as half time approached the Parksiders pulled level. Pressure on the Skolars goal line resulted in Mike Emmett offloading from dummy half to Jimmy Watson who moved the ball to Adam Robinson to score. Sanderson’s kick meant the teams went in for the break all square at 18-18.

The second half followed a similar pattern to the first with Hunslet once more the first to score. Adam Robinson offloaded in the tackle close to the goal line, Ryan Wright moved the ball to Jimmy Watson to score. Joe Sanderson’s conversion gave the Parksiders a six point lead.

With ten minutes to go Hunslet equalised as Callum Lancaster caught a crossfield kick from Simon Brown in the corner. With Sanderson off the pitch, Brown took the kick and added two points.

Now the pressure came from London who seemed to be camped in the Hunslet half as they desperately tried to work a drop goal. As the game moved into injury time another attempt, by Wilkinson, was charged down and ball came to Callum Lancaster who ran the length of the pitch and was only tackled one metre from the line.

This time it was the Parksiders’ turn to find a drop goal, but instead of kicking Lewis Heckford dummied and moved the ball right for Gareth Potts to score in the corner. Final score: London Skolars 30-34 Hunslet RLFC

Watch and enjoy as @HunsletRLFC win it on the hooter in unbelievable fashion! 👇 pic.twitter.com/FF9dKVzJva

The win puts Hunslet on 24 points and fourth in the League 1 table. Their final two games of the regular season are at home to sixth place Workington Town on 1 September and second place Oldham a week later. Both games kick off at 3pm at South Leeds Stadium and under 16s are free.

Photo: Gareth Potts goes over for the winning try in injury time