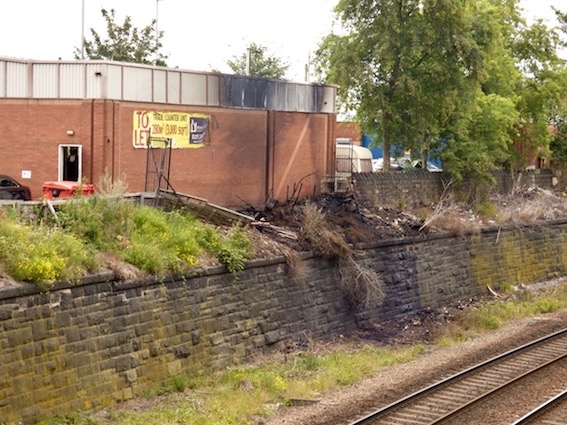 A fire at MBS Autocare on Parkfield Street at the top of Dewsbury Road is being treated as a suspected arson attack. The fire was reported at about 1am on Wednesday (19 July 2017).

The fire was started in a pile of tyres on railway banking at the back of the building. It spread to cladding on the building but was extinguished before any serious damage was done.

Two fire engines from Hunslet station together with one from Leeds attended, using two large jets and one hose reel to extinguish the fire.