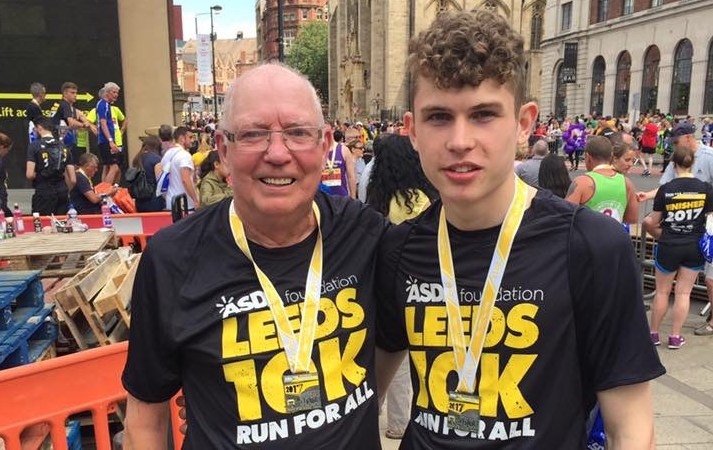 Albert Jones (75) from Cottingley and his grandson Harrison Jones (16) completed the Leeds 10K Run For All on Sunday 9 July 2017 and were amongst the oldest and youngest competitors in the event.
Albert lives in the Dulverton Court sheltered housing scheme in Cottingley and started walking four years ago to help him lose weight. This was the third time Albert has completed the Leeds 10K, although he is keen to stress he walks the course rather than running it. He has lost three stone since he started and has persevered despite a heart attack in January 2016.

Harrison is very keen on sport, but as a 16 year old this was the first year he could enter the race. He completed the course in 49 minutes, compared with his grandfather’s 1 hour 34 minutes.

“Our Family was there to cheer us on and we both enjoyed it very much.”