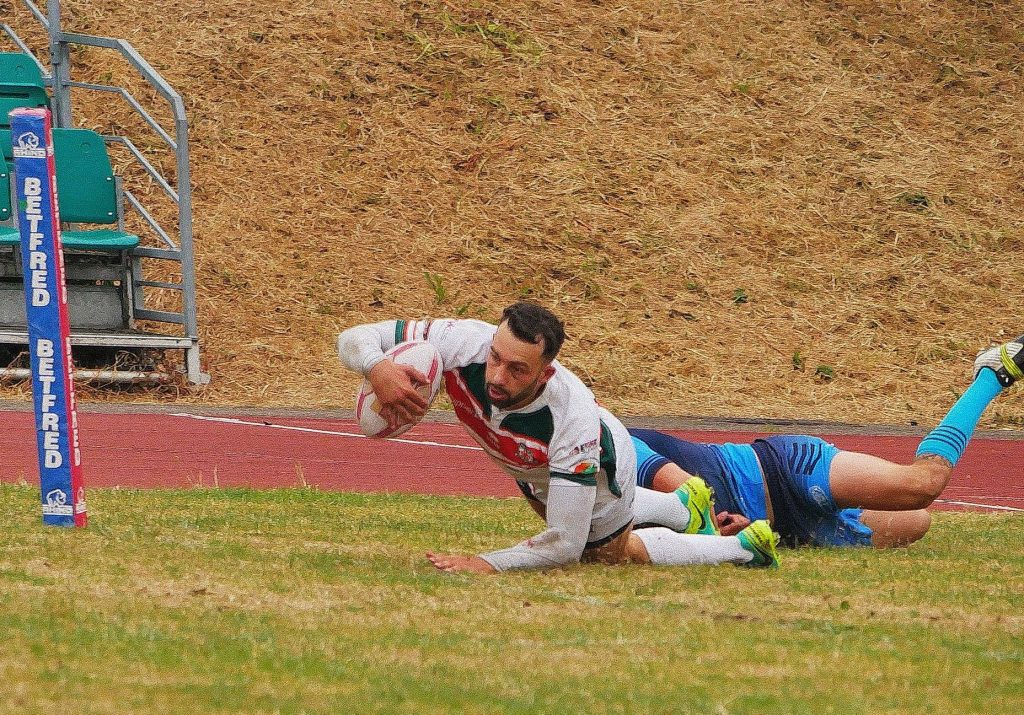 Hunslet RLFC made it five wins from five today as they beat Coventry Bears at the South Leeds Stadium.  It was a rather under par performance by Hunslet, but the win lifts them into 4th in the Betfred League 1. 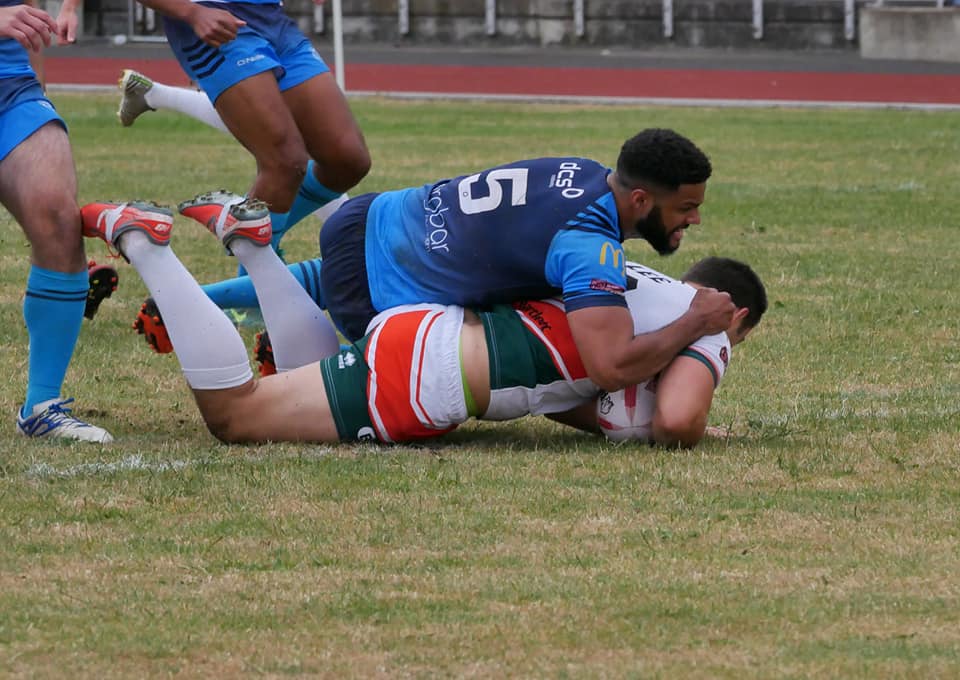 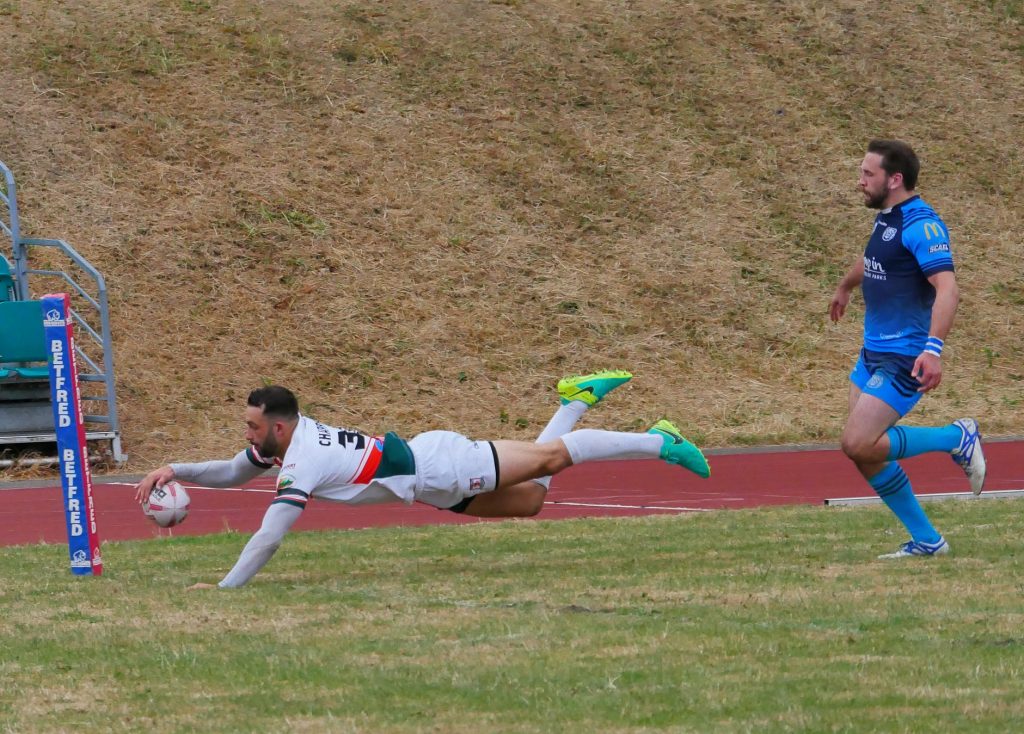 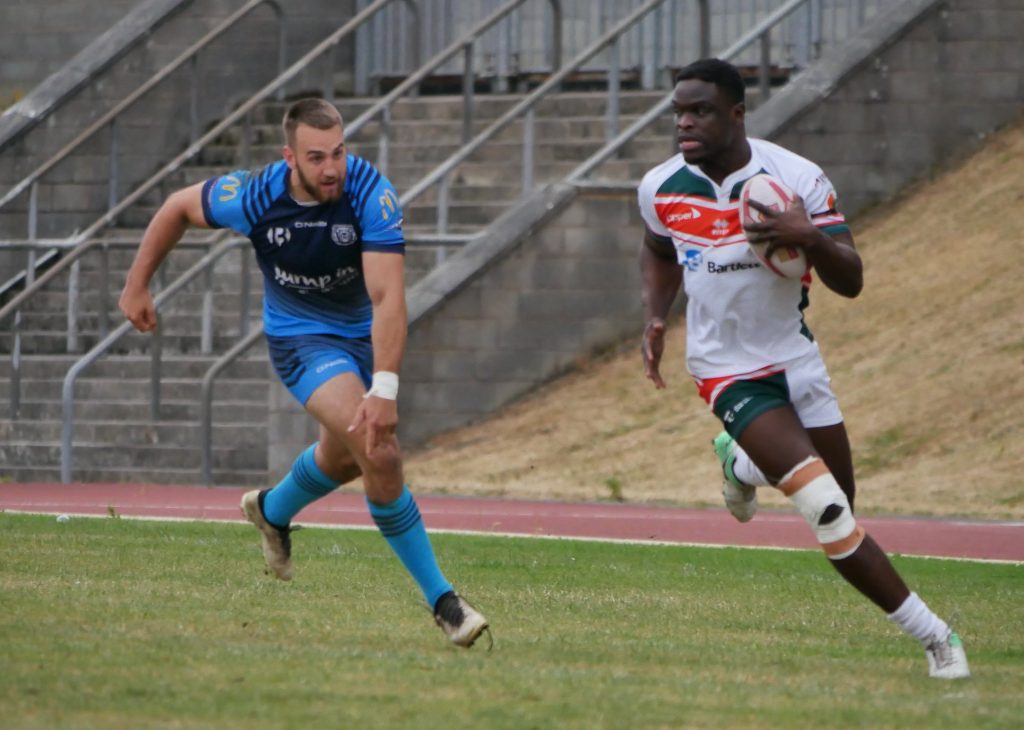 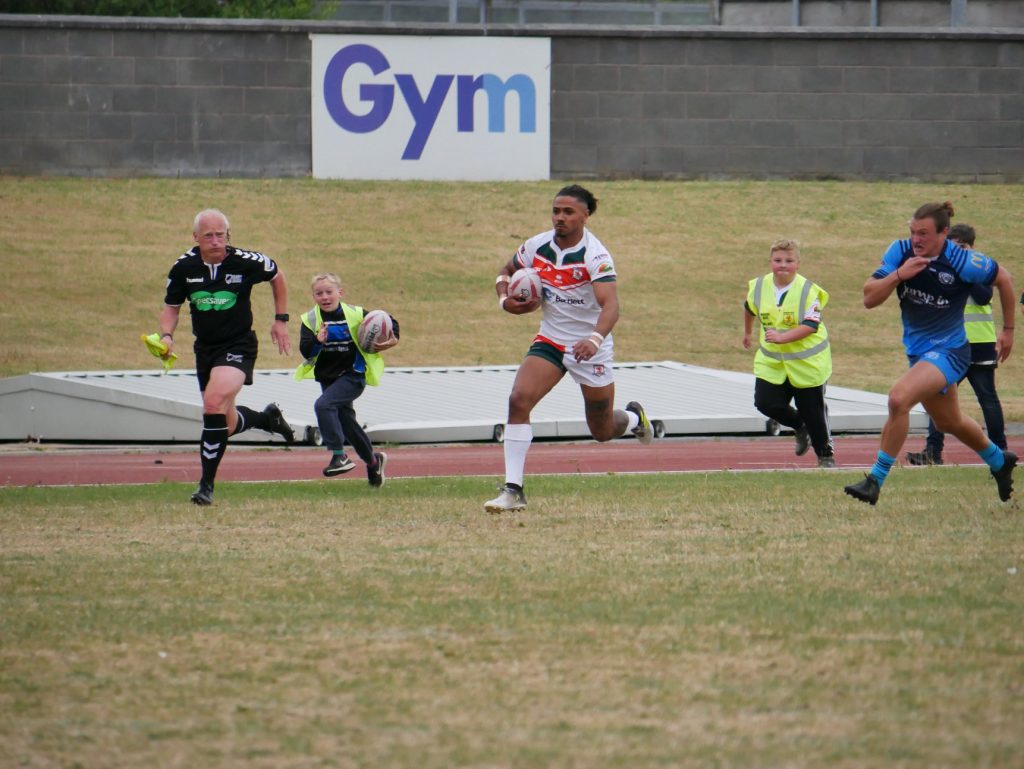 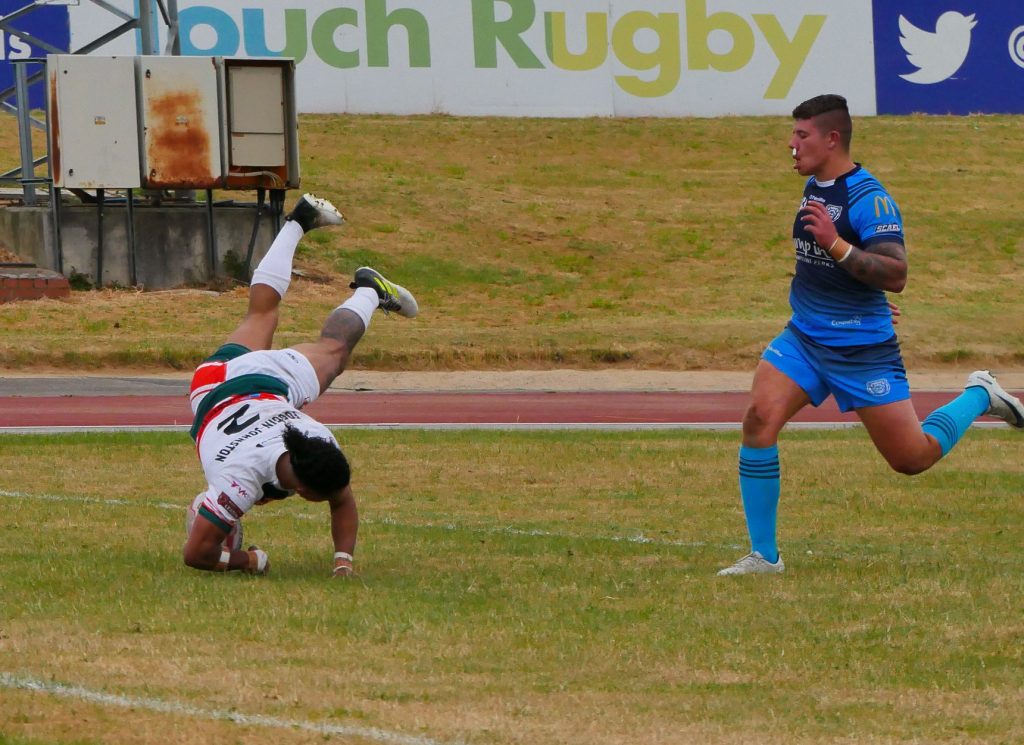 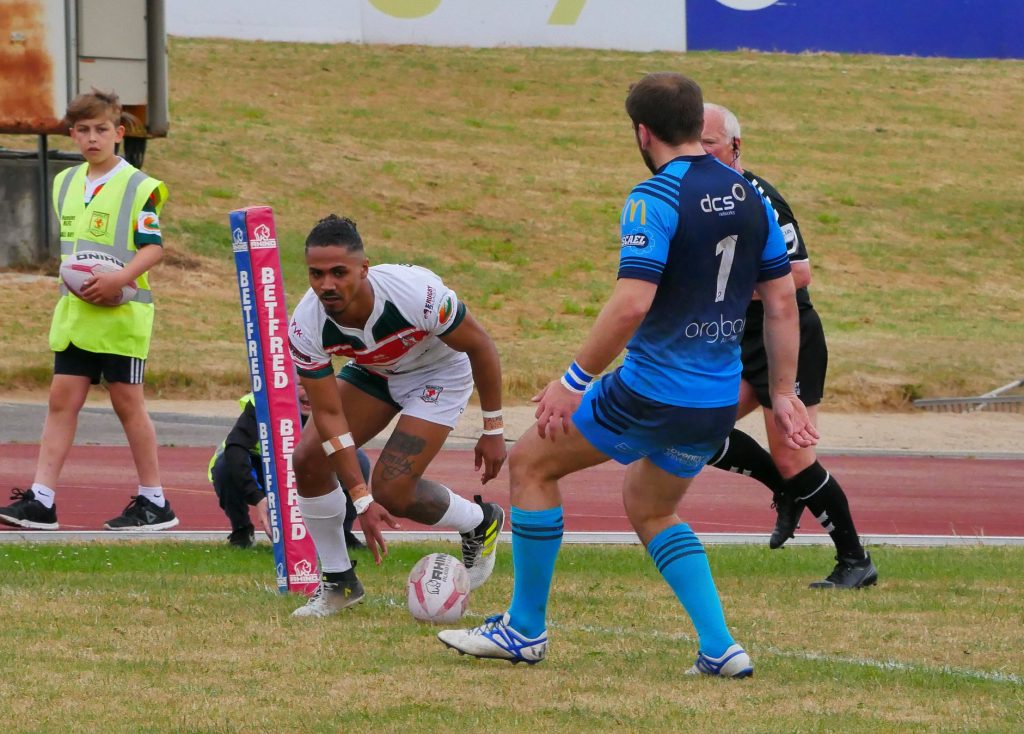 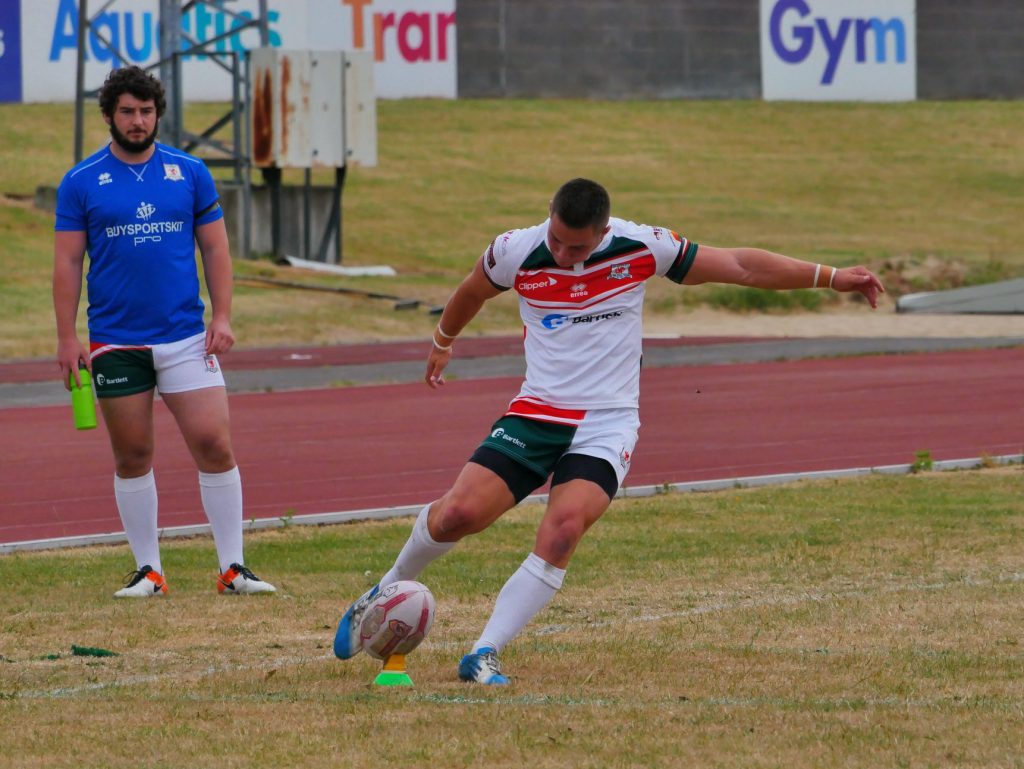 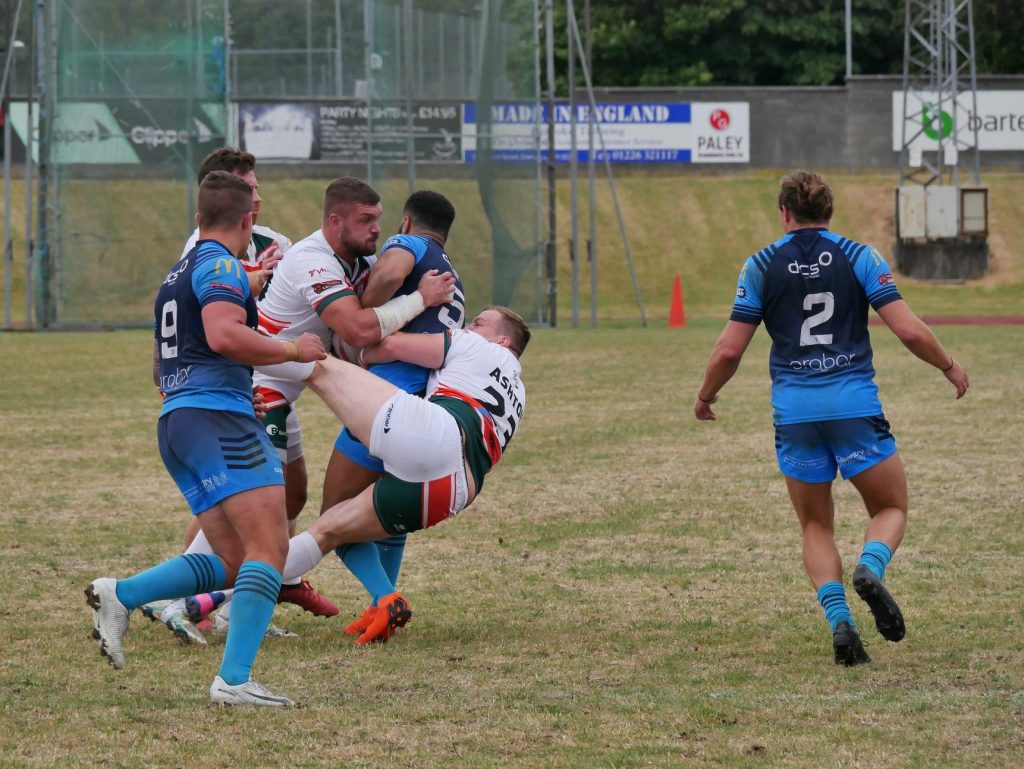 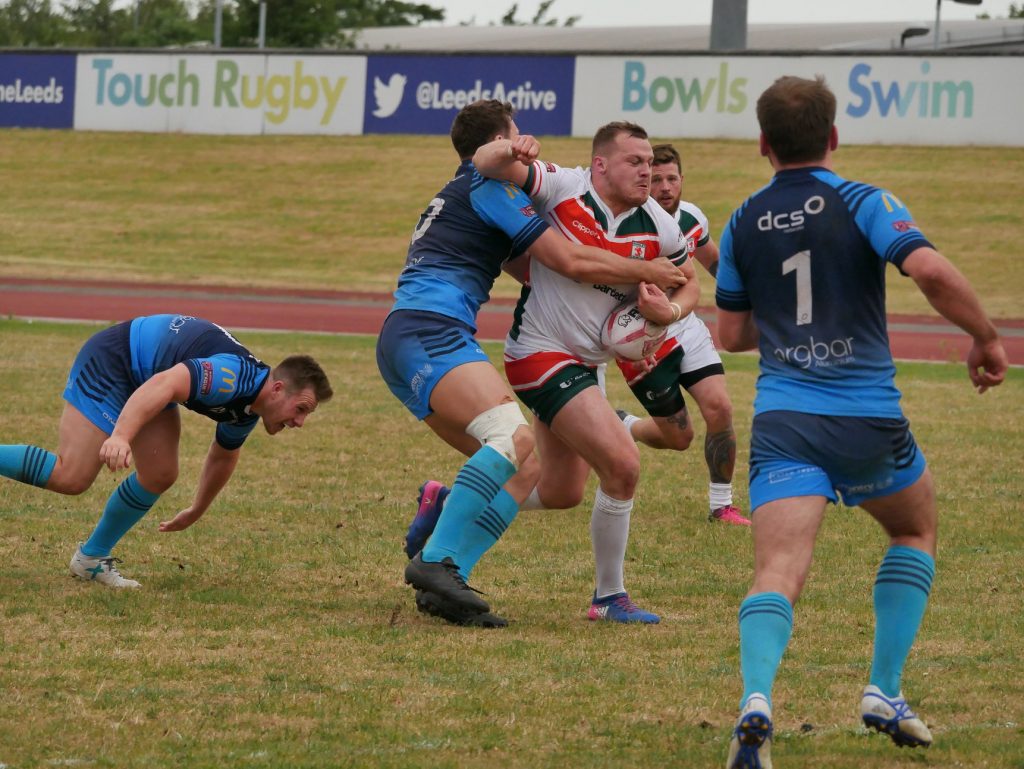 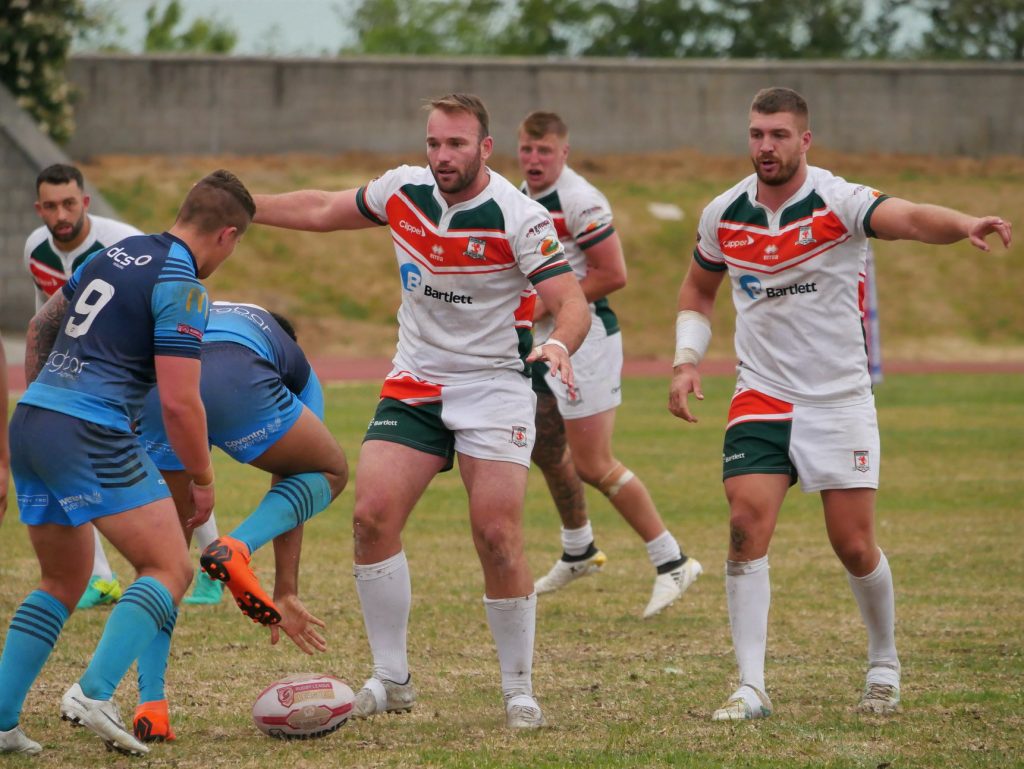 Not that Coventry didn’t show some spirit, it was just that when Hunslet switched up a gear they were a different class.

It looked like a big score was on the cards when on 4 minutes Jack Lee scooted from acting half back to storm 20 yards for the opening try. Sanderson’s boot made it 6-0 and it looked ominous for the Midlanders. But they had learnt their lesson and soon tightened their defence, and on 10 minutes it was Hunslet left reeling as Hooker Cator dived over.

Unbelievably the conversion hit the post and this seemed to spur Hunslet as, not long after Will Cooke was held up over the line. But Coventry again applied pressure, mainly invited by Hunslets over enthusiastic mistakes.

It seemed to be on the right side where Hunslet looked strongest and on 25 minutes David Foggin-Johnston found the ball and some space to show his pace and an elaborate dive, out-sprinting the Coventry defence over 60 yards. Five minutes later the winger doubled his tally after quick hands sent him in the right corner.

Sanderson’s kicking as usual was spot on and Hunslet lead 18-4, but it was Coventry that had the half’s last say, as from an innocuous grubber kick Watson failed to kill the ball and Coventry got a finger tip to it to score, a schoolboy error out of character for the fans favourite.

Hunslet started the second half as they had the first, Nathan Chappell running strongly down the right hand side to score, Sanderson converting 24-10.

But again Hunslet’s tempo dropped and the game developed into a stalemate, before on the 60 minute mark Coventry again breached the home defence with a try and conversion to narrow the lead to 24-16.

Spirited as Coventry were, Hunslet are a fit side these days and finish games strongly, and now the tide started to turn. Quick handling sent Jimmy Watson over to the left on 70 minutes ( A rare sight – Sanderson missed the conversion ), before 5 minutes later and  controversially Chappell dived over after it had been ruled Foggin-Johnston had knocked the ball backwards from a Cain Southernwood bomb 34-16.

Just as thoughts were turning to who was Man of the Match, the player himself decided it as Nathan Chappell himself intercepted close to his own line and showed a clean pair of heels to score in the right corner, Foggin-Johnston backing him all the way.

Chappell’s hat-trick and a brace for Foggin-Johnston showed how dominant Hunslet were on the Right Hand side, and with the final conversion the victory was sealed at 40-16.

So, an expected win that didn’t really set fire ‘til the last 10 minutes. But credit to Coventry, they never gave up even though Hunslet had the silkier skills.

A huge game next week against an inform Oldham, still smarting from Hunslet’s victory earlier in the season on what should be an emotional day celebrating the life and career of Mr Hunslet Geoff Gunney MBE who sadly passed away in the last few weeks.