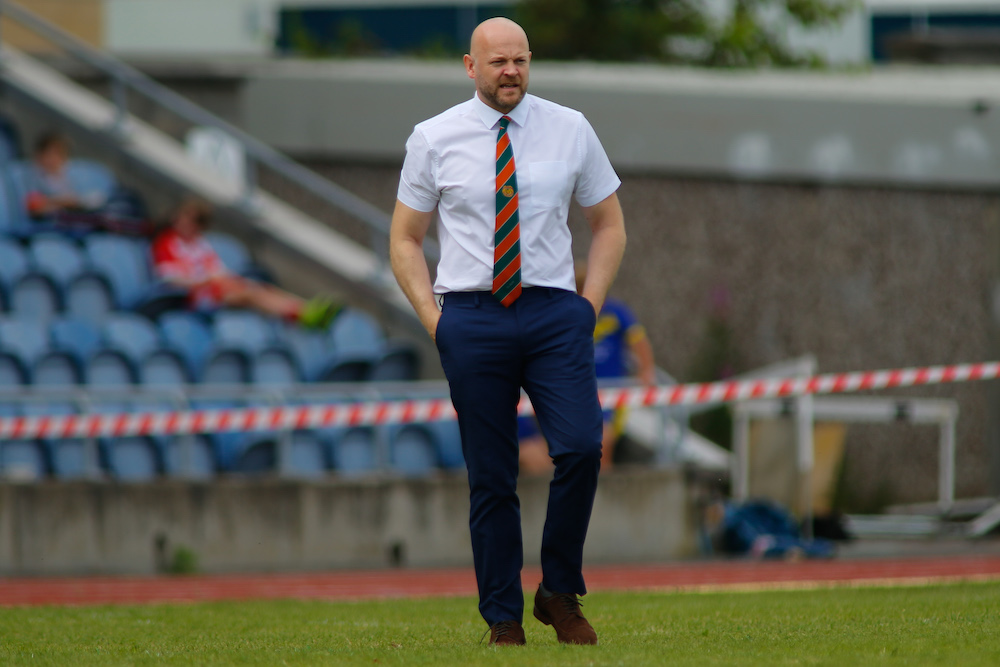 Hunslet RLFC enter the 2022 season with new hope and a young and hungry squad put together by new coach Alan ‘Killer’ Kilshaw.

Coming in part way through last season after the departure of Gary Thornton, Kilshaw only lost two matches. With a reduced budget he was always going to lose some of the bigger names from the squad, meaning he could hunt for young hungry players and stamp his own authority on the team.

Stand out’s Vila Halafihi and Matty Chrimes were snapped up by Championship side Sheffield Eagles, lively forward Harry Kidd also steps up to the Championship with Dewsbury and Jordan Andrade moves across the Pennine’s to Oldham.

With Dominic Brambani retiring after a long and successful career, some other players decided to call it a day, whilst others preferred to hunt for another club.

The most important retention though was that of Captain Duane Straugheir who will lead from the front row this season playing at Prop Forward. Long serving Full-back Jimmy Watson hopes to have an injury free season and impressive winger Wayne Rettie returns for another tilt.

Young half back David Gibbons, who showed glimpses of brilliance last year will be joined at half back by former Leeds Rhinos junior Jack Mallinson. Speedy wingers Aaron Jones-Bishop and Kieden Hartley have re-signed to add sharpness to the backline and former Leeds and Dewsbury Hooker Harvey Whiteley hopes to start where he left off in 2021.

Fans will also recognise Joe Summers and Harvey Hallas who carried Hunslet forward last season and will welcome back Josh Jordan-Roberts who, formally of The Parksiders, had a good year at Rochdale Hornets.

There are plenty of new faces though, and none more travelled than Charley Bodman and Rowland Kaye both signed from West Wales Raiders. Wales has always been a good hunting ground for players for the Parksiders and these two lads follow in illustrious footsteps.

One experienced signing raised eyebrows as former Whitehaven centre Jason Mossop put pen to paper and committed for this season. With Championship experience it’s hoped he will bring the youngsters along.
Hopes are high that 6 foot 2 inch Jack Render formally of Featherstone Rovers will be one of those to develop.

A clutch of young forwards will be hoping to rip it up for Hunslet this season, Ethan O’Hanlon, Rian Rowley and Sam Moorhouse, all 20, have signed on whilst Tre Webster at 17 is the youngest signing. Second rows Dom Horn and Liam Carr have signed from Batley and Hull KR respectively whilst Italian back-row Jordan Beer joins from Huddersfield.

Sadly though, Hunslet won’t be playing Coventry this season as they have re-branded to Midlands Hurricanes and moved to Birmingham and the Solihull Bees RUFC’s ground. Another new exciting addition is Cornwall RLFC playing at Penryn RFC, possibly a weekend away in early July?

The same long journeys to Llanelli to play West Wales in May, London Skolars to kick off the season on 26 March and the shorter trip to Colwyn Bay to play North Wales in July will add the miles, but no trips to Cumbria this year as the rest of the league is made up of local teams Doncaster, Keighley and short hops over the Pennines to Oldham, Swinton and Rochdale.

Hunslet’s preseason starts a tough tie in the Challenge Cup as Keighley Cougars visit South Leeds Stadium on Sunday 30 January, kick off at 3pm. Then on Sunday 6 February the Parksiders host Leeds Rhinos for the Harry Jepson OBE Memorial Cup.