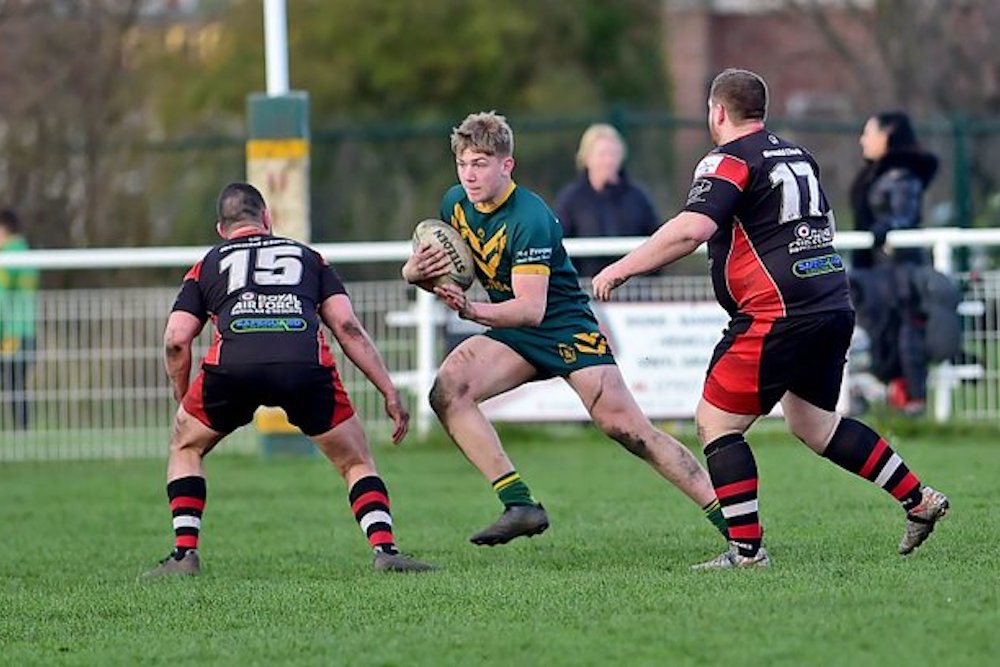 This was the most eagerly awaited fixture of Round Two of the National Conference League Premier Division, the meeting of two of the top sides in the amateur game, indeed many would say the top two teams. If the campaign pans out as many predict both should be there or thereabouts when honours are up for grabs at the business end of the season. Early spring sunshine greeted the teams on Saturday afternoon (12 March 2022) at Station Moor.

The home side, short of six players through injury and availability went down to an 18-0 defeat to reigning champions Thatto Heath Crusaders from St Helens. Hunslet Club Parkside are a proud club and are more used to nilling opponents – as they had done in the previous Round away at Egremont – than being nilled themselves so this result, even with the mitigation of the absence of a number of first choice players, will surely bring about a positive response across the club.

For the record defenses were on top in a tightly fought first half and it took 36 minutes for the opening score of the game when Crehan crossed for the visitors. Leicester converted to give Thatto Heath a 6-0 interval lead. 6-0 became 8-0 when Leicester added a penalty for the visitors and second half tries to Hesketh and Reardon and a Leicester conversion gave a final score of 18-0.

One of the players unavailable was captain Ben Shulver so Jamie Fields skippered the team and didn’t hide his disappointment with the performance after the game speaking to South Leeds Life:

“It was a tough day at the office.. we were a few men down but we can’t afford to make excuses. We expect players who come in to step up to the standard we’ve set ourselves in pre-season. We weren’t at the races in any department and it was difficult to get going. Thatto Heath stepped up on us and didn’t let us get going forward at all.

“The better side won but we’ll dust ourselves down and go again. It wasn’t acceptable and it’s man in the mirror time for us. Every player in this team expects better of themselves and we will be back stronger next week.

“We all believe we can do great things and we will channel our energy into achieving it. We have a great squad and I know we will be better because we all expect better. Having three 17-year olds step up is massive and I fully respect what they gave us today. I was proud of them!”

Round 3 sees The Old Boys away to Leigh Miners Rangers next Saturday afternoon (19 March) who were themselves defeated at Siddal in Round 2 – so both teams will be looking for a positive response. Kick off is at 2.30pm.