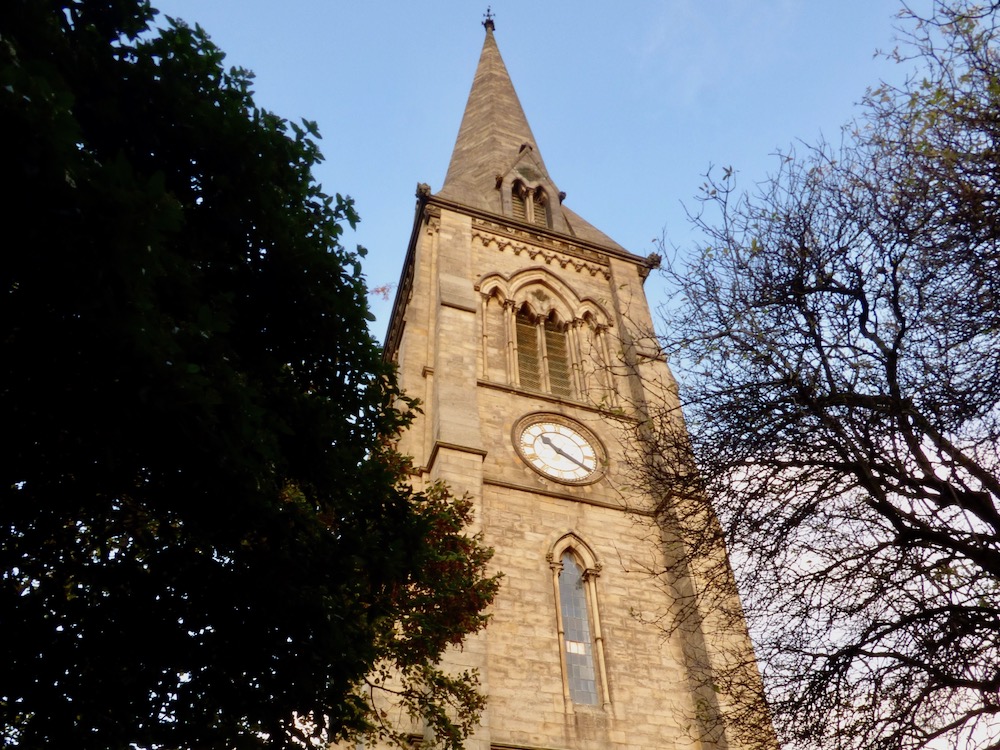 Today (Friday 7 February 2020) sees the removal of the eight main ‘ringing’ bells from the iconic St Mary’s church spire in Hunslet – and whilst some locals are philosophical about the event, others are concerned about what the loss symbolises for the local community.

The bells – each weighing close to 1 tonne – were installed when the original church was first built in 1864, on Church Street (nowadays opposite the Penny Hill Centre). As previously reported, the main church building was demolished and rebuilt in 1975; but then, the modern building – deemed structurally unsound – was closed in 2015 then also demolished last year. The original spire – an iconic Grade II local landmark, which houses the bells – remains standing and various solutions are being sought by the Church of England and partners for the site – including housing.

In the meantime, the local Church of England (Leeds Diocese) successfully applied in the autumn for planning permission to remove the ‘ringing’ bells – but not for the four smaller ‘chiming’ bells linked to the clock, which are staying in the spire for now. The local diocese issued the following statement this week:

“The eight ‘ringing’ bells were first installed to call the faithful to worship, but are too heavy to be rung in the remaining free-standing tower. They are therefore getting a new lease of life at a thriving church in Suffolk, which urgently needs replacement bells”.

“It’s a shame that the bells are going. But if it helps safeguard the future of the spire itself, that’s worthwhile – and it’s good news that the rest of the bells are being kept for the future.”

But Pamela Clark, a long-standing member of the St Mary’s congregation before it disbanded, and a local Girl Guide coordinator, stated:

“It is such a shame that another piece of Hunslet history is erased. The bells from Hunslet St Mary’s church are being removed from the tower after 156 years of serving the people of Hunslet with their beautiful sounds. At least they are going to another Church where they will once again be lovingly rung. We will always have our memories of bell ringing every Friday evening, pretty soon the way things are progressing memories and old photos will be all that we will have left of Hunslet as our history is distanced away from us.”

“The residents are concerned, they wanted to know what was happening, but we (the Council) gave permission for the bells to be removed, whilst ensuring the chiming bells stayed. We are still working on saving the spire, but there’s no news yet – we will keep you updated.”

To catch a glimpse of the bells as they are being removed, head down to the spire on Church Street anytime on Friday daytime.