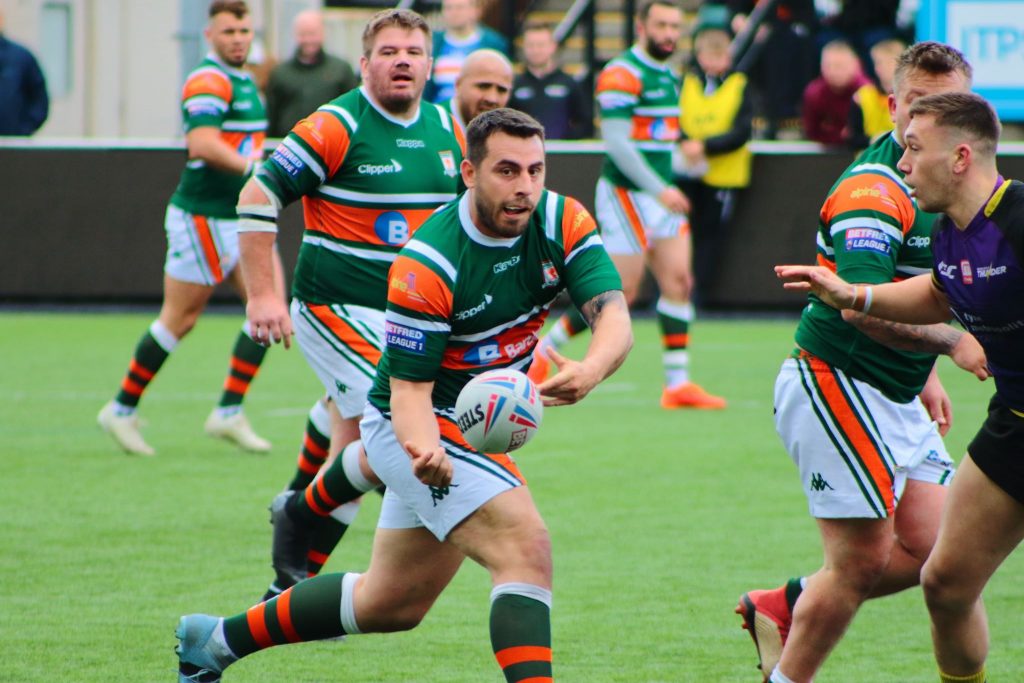 Hunslet RLFC put three straight defeats behind them today (26 May 2019) to register their sixth win League 1 at Kingston Park where they beat Newcastle Thunder 18-32.

Coach Gary Thornton rang the changes after disappointing results against London Skolars and Workington Town. Bloomfield, Nicklas, and Joe Sanderson all dropped out, whilst Jon Luke Kirby returned to his parent club. Although Hunslet stalwart Jimmy Watson was in the squad, James Woodburn Hall on dual registration with Halifax, was preferred on the day at Full Back.

It was the other dual registration player James Saltonstall who opened the scoring for Hunslet going over in the corner. Reece Dean kicked the conversion and a 45 yard penalty shortly afterwards to take the score to 0-8.

Nathan Chappell scored just before half time. Although Dean missed another conversion, the Parksiders went in with a 16 point advantage at the break.

The second half was tougher for Hunslet as Thunder got their game going, but on 55 minutes Chappell went over for his second try of the afternoon.

Newcastle finally got on the scoreboard on the hour as Misi Taulapapa made ground and then fed Keiran Gill to score in the corner, Dan Coates kicked the extras: 6-20.

Three minutes later Hunslet held up Keal Carlile over the line, but Thunder kept up the pressure forcing a goal line drop out and then scored through Alex Clegg on their next possession. With Coates conversion it was 12-20.

Hunslet needed to stop Thunder’s momentum and James Saltonstall did just that three minutes later. The converted score took Hunslet’s lead back to 14 points with a quarter of an hour to go.

Newcastle scored again through Lewis Young, but Gareth Potts sealed the win for Hunslet with a try right on the hooter. Final score 18-32.

The win sees Hunslet in a more secure fourth position in the League 1 table on 12 points. Next up is Keighley on Friday 7 June. Although the Cougars are currently bottom of the table, that’s largely due to a points deduction before the season started. The club have won five games this season and will not be a pushover.